British actress Vivian Gibson (1898 - 1981) was a star of the German and Austrian silent cinema. After the arrival of sound her film career ended. 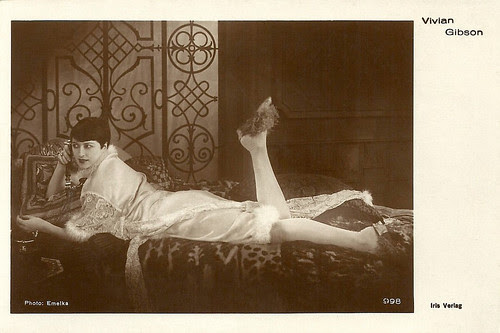 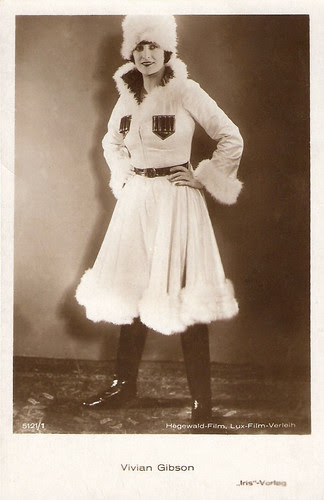 Birthplace
Vivian Gibson was born as Lavinia Seraphine Gibson in Liverpool, England in 1898. (According to Wikipedia, but according to IMDb she was born in 1895, in Vienna, Austria; another source mentions London as her birthplace). She had dancing classes in London, and as a child she already did stage appearances. From 1916 on she also started to appear in British films like Barbara Elopes (1921, Fred Paul, Jack Raymond), Demos/Why Men Forget (1921, Denison Clift) with Warwick Ward, and Tense Moments from Opera (1922, Challis Sanderson a.o.) with Clive Brook. 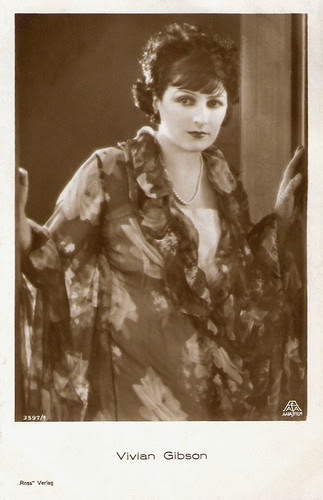 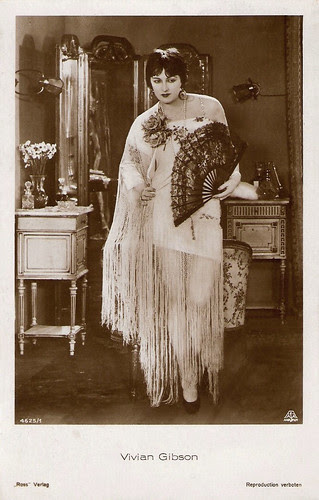 Champagne
In 1922 German showbusiness impressario Rudolf Nelson contracted the then 24-year old Vivian Gibson for the German theatre. In Berlin she also started to appear regularly in the German cinema. She had her breakthrough with Gräfin Mariza/Countess Mariza (1925, Hans Steinhoff) opposite Harry Liedtke. Other successful productions were Der Mann der sich verkauft/The Man Who Sells Himself (1925, Hans Steinhoff) featuring Hans Mierendorff, Unter Ausschluss der Öffentlichkeit/In camera (1927, Conrad Wiene) with Werner Krauss, and Der moderne Casanova/A Modern Casanova (1928, Max Obal, Rudolf Walther-Fein), again opposite Harry Liedtke. She also made some excursions to England where she acted amongst others in Alfred Hitchcock's Champagne (1929). She appeared in a few sound films, including the American production Girls for Sale! (1930, Bud Pollard) and Der tolle Bomberg/The Mad Bomberg (1932, Georg Asagaroff) featuring Hans Adalbert Schlettow, but in 1932 she retired from the film business. Vivian Gibson died in 1981 in Vienna, Austria. 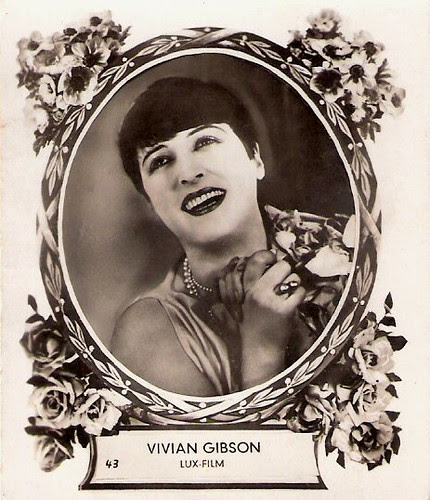 Vivian Gibson was my grandmother's sister. She was born In Liverpool in 1893 as Mabel Georgina Gibson. She was very friendly in Berlin with Marlene. I have many photos in the family collection. Muy grandmother used to visit her and her daughter in Berlin. She married a man called Strant but they split up. Her career did end with a foray into the talkies in the US. She tried her luck again on the London stage but with no success. She died in Richmond, Surrey in 1956.

Thank you very much for this comment. We will use the information for an updated version of the blog post on your grandmother's sister.