Last Tuesday, 10 April, Italian film actress Maria-Pia Casilio passed away in Rome, Italy. She appeared in 35 films between 1952 and 1997. Casilio performed in many classic films by such great and respected Italian maestros as Vittorio de Sica and Luigi Comencini. Ms. Casilio, rest in peace. 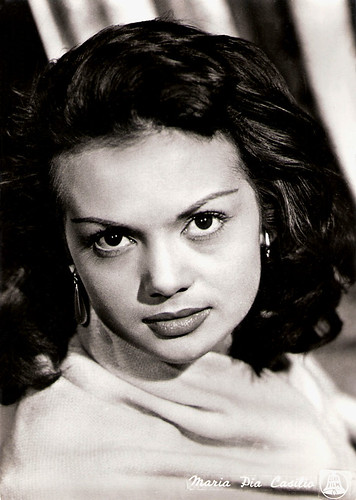 Enormous Fee
Maria-Pia Casilio (often written as Maria Pia Casilio) was born in 1935, in San Pio Delle Camere in the Abruzzo region of Italy. She made her film debut in one of the enduring masterpieces of Italian neorealism, Umberto D (1952, Vittorio de Sica). She only attended the auditions for Umberto D to watch, but she was spotted by director Vittorio de Sica who decided she was perfect for the role of the maid Maria. She was not keen to be in a film, and demanded an enormous fee, assuming they would reject her. But the studio agreed, and so she made the film. In her role as the maid of the aging former civil servant Umberto D. (Carlo Battisti), Casilio evoked life's loneliness and quiet desperation beautifully. Director Luigi Comencini also recognized her comedy talent. She appeared in the hit comedy Pane, Amore e Fantasia/Bread, Love and Dreams (1953, Luigi Comencini) and the sequel Pane amore e gelosia/Bread, Love and Jealousy (1954, Luigi Comencini) both starring Vittorio de Sica and Gina Lollobrigida. She also appeared in Comencini’s film about film preservation and the heritage of the silent cinema, La Valigia dei Sogni/A Bag of Cinema Dreams (1953, Luigi Comencini). This remarkable film boasts clips of numerous acclaimed silent film divas like Francesca Bertini, Lyda Borelli, Pina Manichelli and Helena Makowska (who also acts in this film). 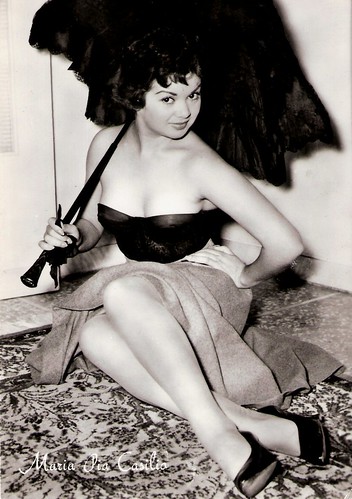 Fellini Screentest
According to Italian Wikipedia, Maria-Pia Casilio was during her long career directed by the greatest talents of the Italian cinema. She played in uncredited, small parts in two films by Federico Fellini, Lo sceicco bianco/The White Sheik (1952) and Intervista (1987); a film by Roberto Rossellini, Era notte a Roma/Blackout in Rome (1960); and even three films by Luchino Visconti, Le notti bianche/White Nights (1957) with Marcello Mastroianni, Vaghe stelle dell'orsa/Sandra (1965) with Claudia Cardinale and Lo straniero/The Stranger (1967) with Marcello Mastroianni. Although no other sources confirm these parts, Tullio Kezich writes in Federico Fellini, La vita e i film (2002) that Fellini did a screentest with Casilio for the lead in his classic La Strada/The Road (1954). History took another turn. During the 1970’s and 1980’s Casilio played less frequently in films but she appeared in small parts in more high profile films. For Vittorio de Sica she played a supporting part in Lo chiameremo Andrea/We'll Call Him Andrew (1972) with Nino Manfredi, for Ettore Scola she performed in uncredited parts in the black comedy Brutti, sporchi e cattivi/Ugly, Dirty and Bad (1976) and in La cena/The Dinner (1998) with Fanny Ardant, and for legendary director Michelangelo Antonioni in Identificazione di una donna/Identification of a Woman (1982). After a break of seven years she returned to the cinema in 2005 in La bestia nel cuore/Don’t tell (2005 Cristina Comencini). Maria-Pia Casilio died of natural causes in her hometown Rome. She was 76.

Once again Bob, you are a fountain of knowledge! What a wonderful career she had. R.I.P