French character actor Pierre Renoir (1885-1952) was the oldest son of painter Auguste Renoir and the brother of film director Jean Renoir, in whose films he regularly played. His most famous film role was the peddler Jéricho in Marcel Carné's great romantic classic Les Enfants du Paradis/Children of Paradise (1942-1945). Renoir was a friend and close collaborator of actor/director Louis Jouvet. After Jouvet's death, he took over as the director of the Théâtre de l'Athénée in Paris. 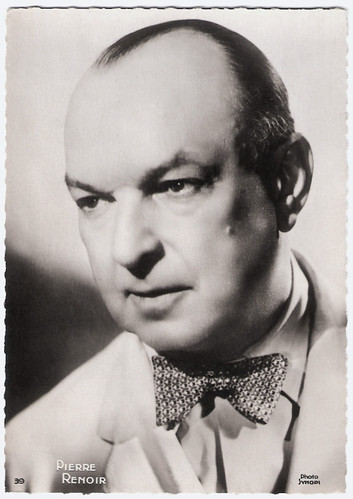 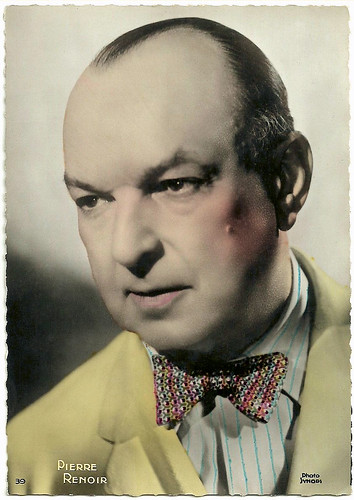 Pierre Renoir was born in Paris in 1885. He was the eldest son of the famous Impressionist painter Pierre-Auguste Renoir and his wife Aline Victorine Charigot, and the godson of the painter Gustave Caillebotte, a close friend of his father.

Pierre was fascinated by the stage at an early age. He entered the Conservatoire National d'Art Dramatique in Paris and graduated in 1907 winning the Prix de tragédie (theatre award for tragedy).

He then acted in boulevard theatre. Even if little interested in the cinema, from 1911 on he played in some silent films, such as La digue/The dam (Abel Gance, 1911) and the romantic drama Marion de Lorme (Henry Krauss, 1918), based on a novel by Victor Hugo.

He often played opposite tragedy actress Véra Sergine. He married her and in 1913 their son Claude Renoir was born, who would become a director of photography.

Badly hurt during the First World War, Pierre Renoir lost the use of his right forearm. In the early 1920s, he returned to the stage and acted at the Théâtre de Paris in plays by a.o. Henry Kistemakers.

In 1934 Louis Jouvet moved to the Théâtre de l’Athenée, and Renoir joined him there. In November 1935 Renoir played Ulysses in Giraudoux’ play 'La guerre de Troie n'aura pas lieu' (The Trojan War Will Not Take Place), while Jouvet played Hector. Until his death in 1951, Jouvet would run this theatre, mixing modern theatre with the classics. 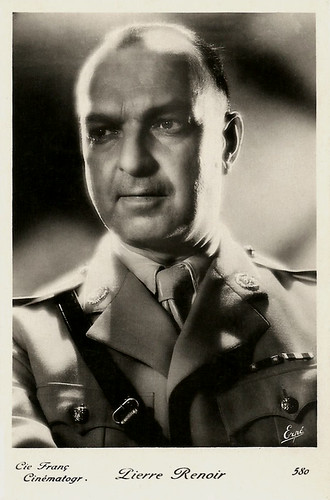 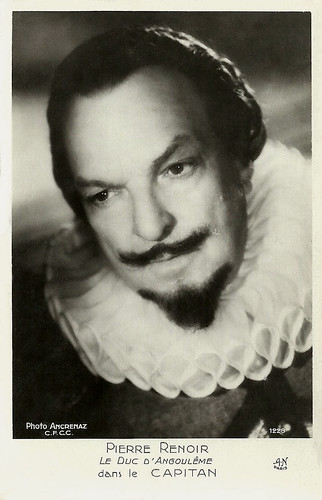 After the death of Véra Sergine in 1946, Pierre Renoir married another stage actress, Marie-Louise Iribe. The couple created the film production company Les Artistes réunis. After their divorce, he married another actress, Elisa/Lisa Ruis, who had played the Princess de Lamballe in La Marseilaise (1938).

One of his most renowned film parts is that of Captain Weller in Julien Duvivier’s La Bandera (1935). Renoir often played army officers on the screen such as in L’agonie des aigles/The Death Agony of the Eagles (Roger Richebé, 1933), Veilles d’armes/Sacrifice of Honor (Marcel L’Herbier, 1934) with Annabella, and La route imperiale/The Imperial Road (Marcel L’Herbier, 1935) starring Käthe von Nagy. With his imposing physique, he gave charisma to these roles.

One of Renoir's most well-known parts of the 1940s is the peddler Jéricho in Les Enfants du Paradis/Children of Paradise (Marcel Carné, 1942-1945). Another one is the Duke of Angouleme in the adventure film Le Capitan/The Captain (Robert Vernay, 1946) with Claude Génia.

In 1951 he acted for the last time opposite his old friend Louis Jouvet in Knock/Dr. Knock (Guy Lefranc, 1951). Jouvet’s piece de resistance on stage was already adapted for the screen in 1933 by Jouvet, and now it was remade by Guy Lefranc.

D.B. du Monteil writes at IMDb: "This is Louis Jouvet's triumph. The director could be anyone, he does not exist here. All you've got to do is enjoy Louis Jouvet's fabulous intonations, subtle funny faces and extraordinary presence." When Jouvet died in 1951 Renoir took over the direction of the Théâtre de l'Athénée, until his own death a year after.

In 1952, Pierre Renoir died in Paris at the age of 66. He was buried next to his father, mother and two brothers at the cemetery of Essoyes (Aube), the birthplace of his mother. Pierre Renoir acted in 65 films. 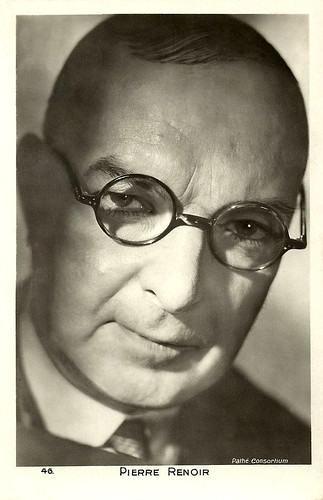 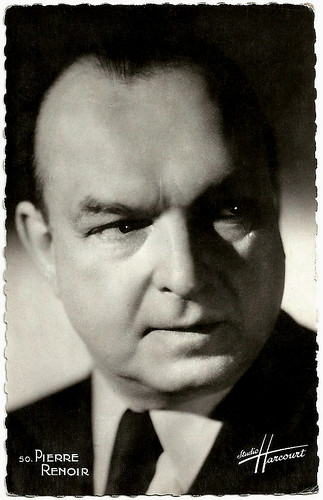 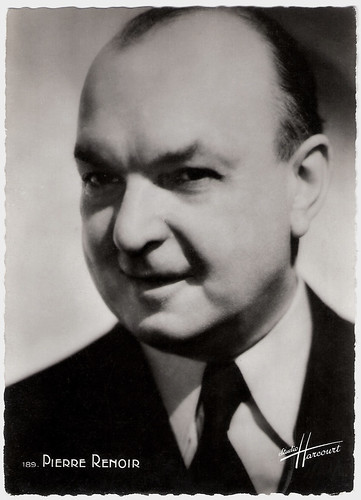 Great blog. I want to see it all.

If you want to make your home really look really beautiful, pierre Renoir paintings are the best way to do it believe home looks very well decorated. If you are looking to find Oil Paintings Reproductions at very economical price or cheap rates, you must visit wahooart.com