Eloisa Cianni (1932) was Miss Italia 1952 and Miss Europe 1953. In the following decade the beauty queen appeared in 15 Italian films, mostly as herself. 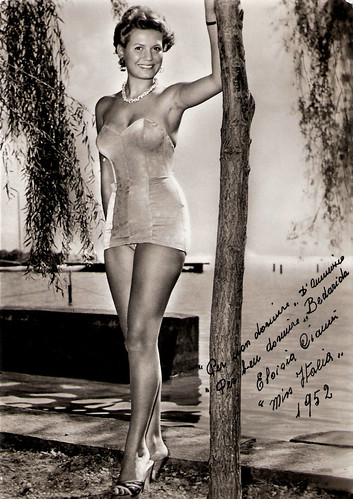 
Eloisa (sometimes written as Eloisia) Cianni was born as Aloisa Stukin in Rome, Italy in 1932. She got her Polish surname from her stepfather, Stanislaus Stukin, who had married her mother Ida Furnace.

In the late 1940s and early 1950s beauty contests were the craze, and in 1952 Eloisa was elected Miss Italy in Merano. She then became Miss Europe in 1953 in Istanbul in Turkey.

One of the prizes was a secondary part in the Italian-French comedy-drama Villa Borghese/It Happened in the Park (Vittorio de Sica, Gianni Franciolini, 1953) starring Gérard Philipe. It was an anthology film about a day in the Villa Borghese park in Rome, consisting of five episodes. Eloisa appeared in the final episode, Beauty Contest.

IMDb reviewer Gerald A. Deluca (a.k.a. Italian Gerry) calls the episode ‘racy’: “Beauty Contest is a Felliniesque dissertation about two rival Roman street–prostitutes, who as they are about to be rounded up by the police, wind up at a Miss Cinema beauty contest taking place in the park. The younger of the women (Eloisa Cianni) eludes the police by going off with an older man in his car. The other and older one (Franca Valeri) is not so lucky and the episode and the film end as she is driven off in a police vehicle.” 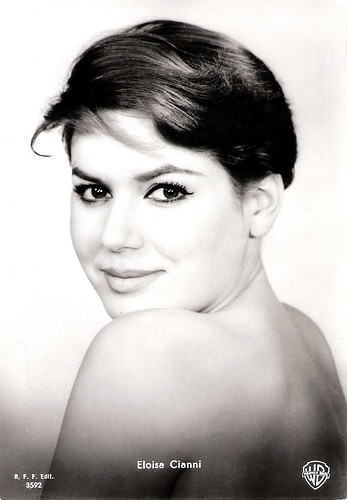 I Loved A Diva

During the second part of the 1950s Eloisa Cianni continued to work in the cinema, but she usually played just herself.

In another comedy Adorabili e bugiarde/Adorable and a Liar (Nunzio Malasomma, 1958) she appeared with Isabelle Corey, and in Amore e guai/Love and trouble (Angelo Dorigo, 1958) with Marcello Mastroianni.

Finally, after a last role in the comedy Le magnifiche sette/The magnificent seven (Marino Girolami, 1961) she gave up her acting career.

At the time of her retirement, Eloisa Cianni was not yet thirty. 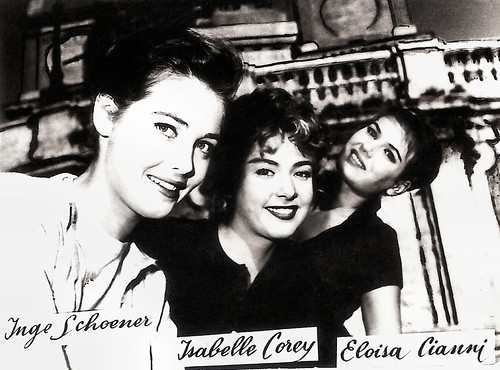 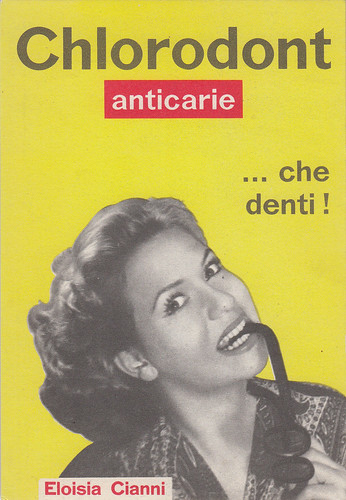