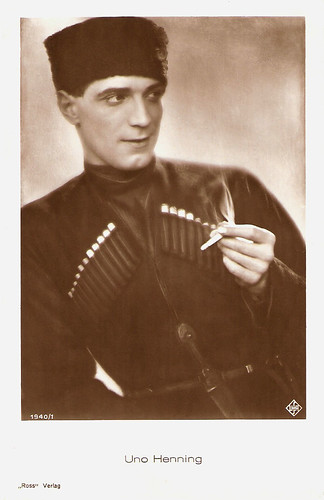 
Knut Uno Henning was born in Stockholm, Sweden in 1895. He was the son of Karl Bernard Henning and Eleonora Henning-Martin.

He worked there till 1925 and later again from 1935 till 1965. Here he starred in plays by August Strindberg, Jean-Paul Sartre and Eugene O’Neill.

He also starred in the silent Swedish productions Ödets man/Man of destiny (John Lindlöf, 1924) and the Alexandre Dumas fils adaptation Damen med kameliorna/The Lady with the camellias (Olof Molander, 1925) with Tora Teje as Marguerite Gautier and Henning as Armand. 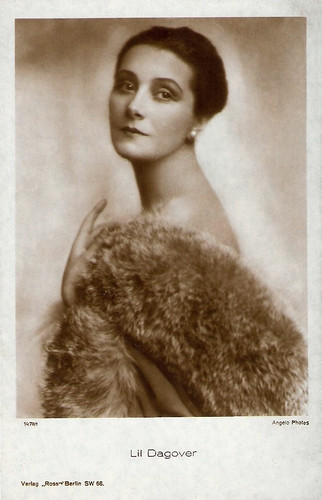 Hal Erickson at AllMovie: “Based on a sturm-und-drang story by Ilya Ehrenberg, the film travels from the Crimea to Paris and back again in unfolding a sprawling tale of sociological upheaval. The events are seen through the eyes of Jeanne Ney (Edith Jéhanne), who is forced to flee her Russian homeland when her Communist lover kills her diplomat father. The romance between Jeanne and her politicized paramour irrevocably links the lure of radicalism with the call of the flesh.”

In Great Britain he starred in the excellent crime drama A Cottage on Dartmoor (Anthony Asquith, 1929) with Hans Adalbert Schlettow.

Wynter Tyson writes at his blog Cinema Scream: “This late silent classic tells the story of an ex-barber’s assistant called Joe who escapes from Dartmoor Prison to find the woman who spurned him. The majority of the action takes the form of an extended flashback explaining the reason for the man’s incarceration. This film is simply stunning. It hits the ground running with its portrayal of the central character’s escape across the moors. Forgoing naturalism the setting is a mass of expressionist shadows and storm leaden clouds. The convict (played by Uno Henning) stalks across the landscape like a phantom and director Anthony Asquith’s cunning use of perspective never lets the audience fully get to grips with the environment. When we finally arrive at the cottage it’s interior resembles something out of a fairytale whilst retaining a recognizable and realistic air.” 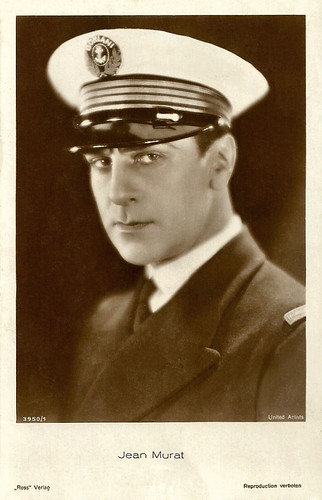 
Between 1929 and 1935 Uno Henning was engaged at the Blanche Teatern in Stockholm. He also appeared in Swedish sound films.

Another Paramount production was Lika inför lagen/Equal before the law (Gustaf Bergman, 1931) with Karin Swanström. Again it was an alternate language version, this time for Manslaughter (George Abbott, 1930) starring Claudette Colbert and Fredric March.

Henning was the stepfather of actress Eva Henning. They appeared together in the historical war drama General von Döbeln (Olof Molander, 1942).

A memorable role was his cold and manipulative doctor in Var sin väg/On his way (Hasse Ekman, 1948) with Gunn Wållgren. It was to be Henning’s final film.

Later he worked with famous director Ingmar Bergman for the TV films Oväder/Storm Weather (1960) and Ett drömspel/A Dream Play (1963), both based on a play by August Strindberg.