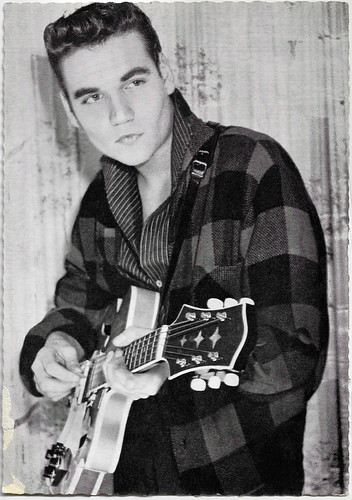 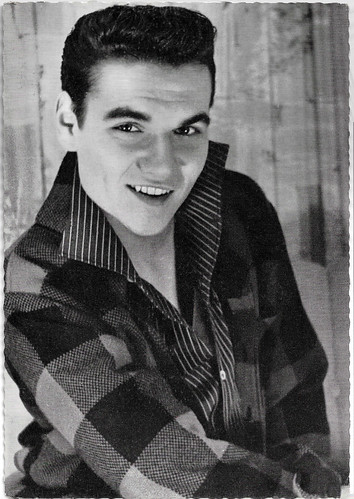 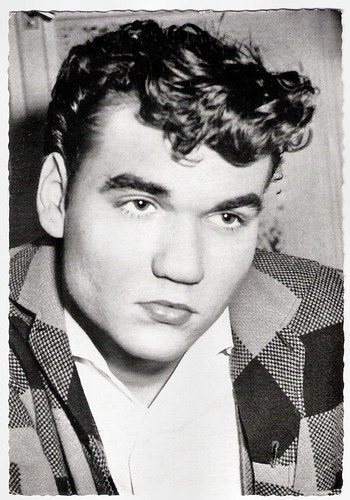 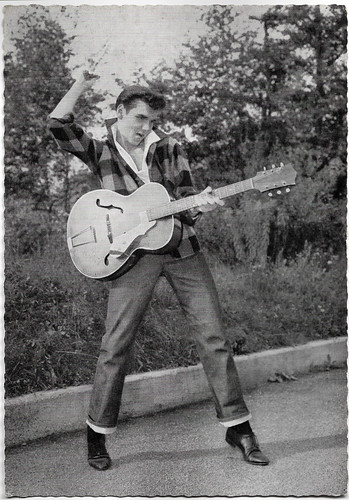 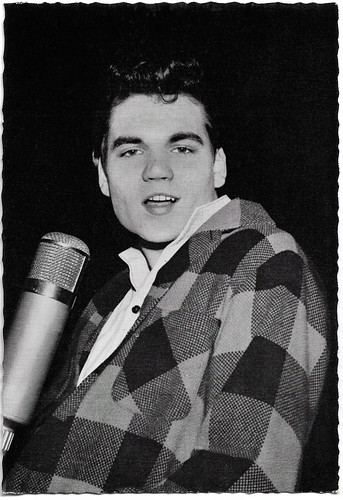 
Ted Herold was born as Harald Walter Bernhard Schubring in Berlin-Schöneberg in 1942. He was the son of a plasterer. In 1951 his family moved to Bad Homburg.

As a boy, he already had a passion for music, especially for American Rock 'n Roll songs by Bill Haley, Buddy Holly, and, most of all, Elvis Presley. At the age of 14, he had gotten his first guitar as a Christmas present, and at school, he started to play these songs.

In 1958 a girlfriend from school mediated a contract for him with the record company Polydor. That same year, his first single followed with two cover versions of Elvis hits, 'Ich brauch' keinen Ring' (Want you to wear my ring around your neck) and 'Lover Doll'. His producer Bert Kaempfert came up with the pseudonym Ted Herold.

After his first success, Ted moved on to top producer Gerhard Mendelson, who already managed the career of teen idol Peter Kraus. While Kraus got more success with milder songs, Herold was built up as the new ‘German Elvis’.

Till 1960 Herold sang mainly German covers of Presley hits. With a line from his song 'Ich bin ein Mann' (I am a Man), the then 17-year-old singer caused a sensation in prudish postwar Germany. The German radio refused to play the song. 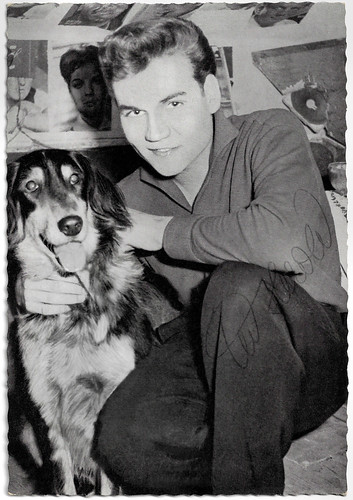 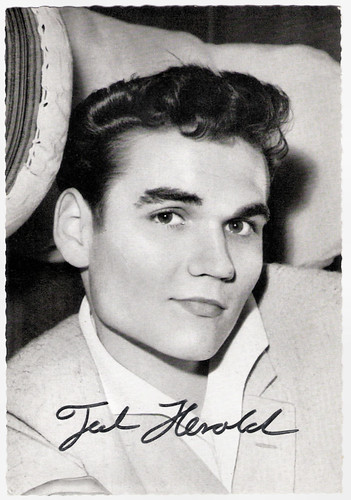 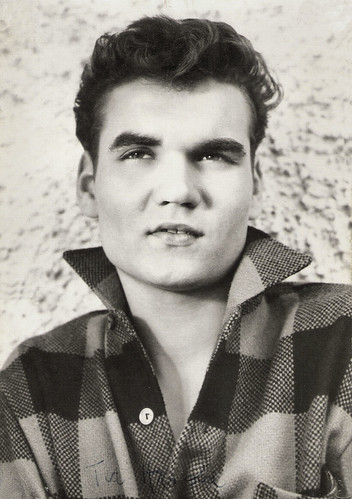 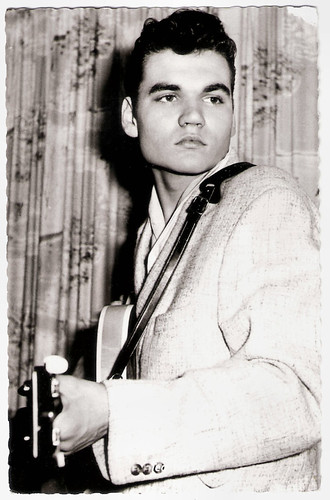 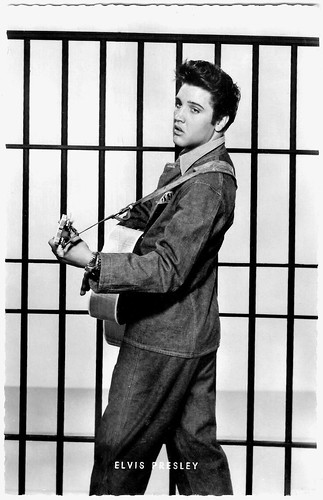 
Ted Herold broadened his song repertoire in 1960 with more mellow titles, just like his role model Elvis had done before him. Among his hits were covers like 'Ich bin ein Wanderer' (The Wanderer) and 'Da Doo Ron Ron'. The ballad 'Moonlight' became with 500,000 sold singles his biggest hit and climbed to #1 in the hit parade.

Herold, who still had the image of a rebel rocker, did not get any engagements from the conservative German television till the mid-1960s. But between 1959 and 1963 he was often seen in Schlagerfilms.

He made his film debut in the musical comedy La Paloma (Paul Martin, 1959) with Bibi Johns and Karlheinz Böhm. He sang the song 'Texas Baby'.

Other films of the same genre include Davon träumen alle Mädchen/That’s What All the Girls Dream About (Thomas Engel, 1961) with Marion Michael, Drei Liebesbriefe aus Tirol/Three Love Letters from Tyrol (Werner Jacobs, 1962) with Ann Smyrner, and Sing, aber spiel nicht mit mir/Sing, But Don’t Play With Me (Kurt Nachmann, 1963).

In 1963 military service interrupted his career. His following singles had less success than before, also because of the upcoming beat wave. He started a study to become a radio and TV technician and married in 1965 Karin Höhler. In 1966 he recorded his last single with Polydor and then retired to run a radio and television repair service. 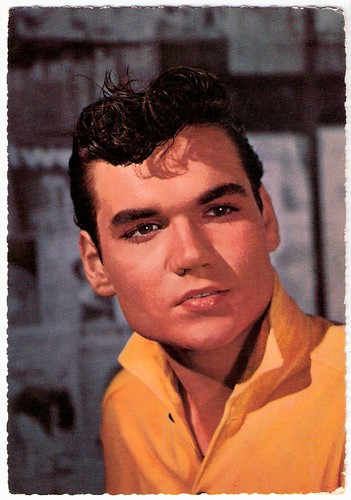 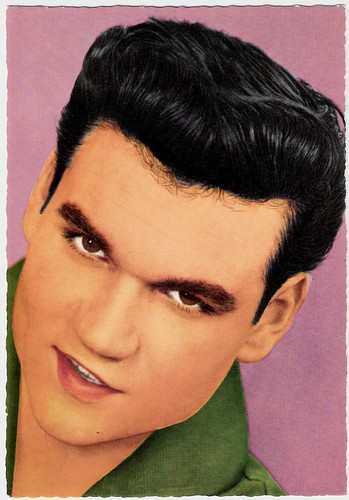 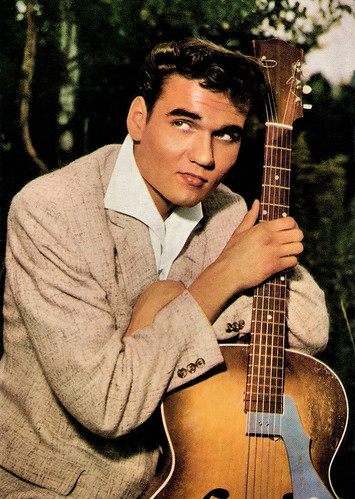 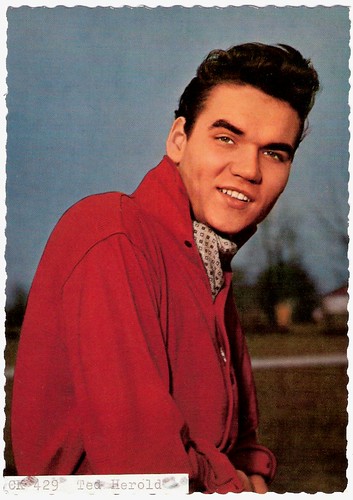 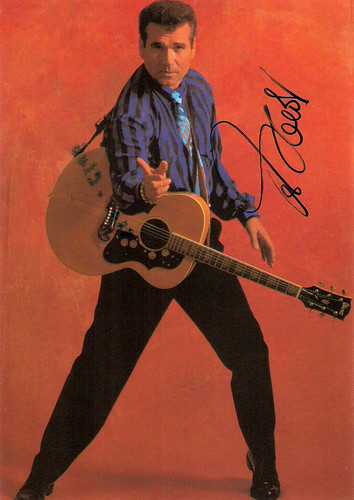 
In 1977 Ted Herold got a surprising offer from the German rock singer Udo Lindenberg to cooperate on a title of his LP 'Panische Nächte' (Panic nights), and to join him on a tour through Germany.

Ted got a record deal with Teldec and started to produce new titles, including 'Rockabilly-Willi', 'Bill Haley', 'Die Besten sterben jung' (The Best Die Young), and 'Rock 'n Roll For President'. He sang them with his old classics during many gigs at the height of the Rock 'n Roll-Revival of the 1980s and 1990s.

He was the guest of several TV shows and appeared as a rock singer in the German-American coproduction Judgment in Berlin (Leo Penn, 1988) starring Martin Sheen.

His 26th album was 'Jukebox Jeans Rock'n'Roll' (2008). Fifty years earlier, when Elvis Presley was posted in Germany by the U.S. Army, the German Elvis had met the original once in the streets of Bad Homburg. Herold had talked to his big idol for some moments and had given him some of his own records.