German postcard by Verlag Hermann Leiser. Photo: Becker und Maass, Berlin. Kaiser und Galiläer (Emperor and Galilean) was not a film but a play by Henrik Ibsen, in which Loos played the part of Emperor Julian. 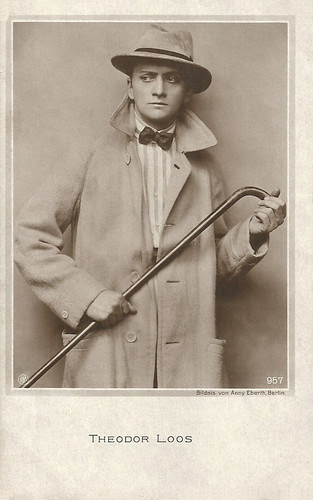 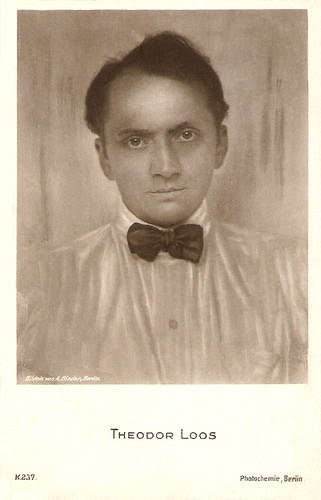 German postcard by Photochemie, no. K 237. Photo: A. Binder, Berlin. 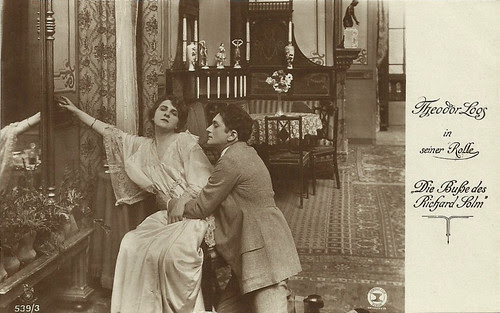 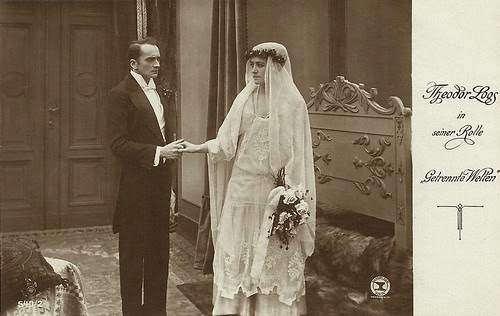 German postcard by Rotophot. in the Film-Sterne series, no. 540/2. Photo: Theodor Loos in Getrennte Welten (1918). 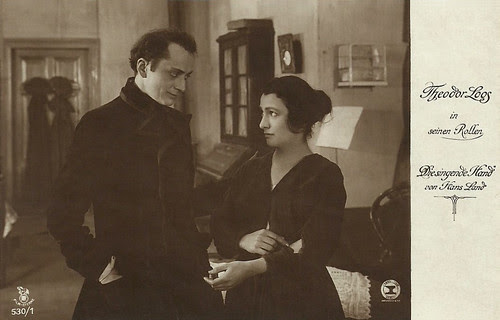 Staatsschauspieler
Theodor Loos’ first sound film was the comedy Die grosse Sehnsucht/The Great Desire (1930, Stefan Szekely), in which he played the lead as a film director who turns an extra (Camilla Horn) into a star. Other early sound films with Loos were Ariane (1931, Paul Czinner) with Elisabeth Bergner, Die andere Seite/The Other Side (1931, Heinz Paul) with Conrad Veidt, Trenck (1932, Ernst Neubach, Heinz Paul) with Hans Stüwe and Dorothea Wieck, and Acht Mädels im Boot/Eight girls in the boat (1932, Erich Waschneck) with Karin Hardt. Returning to Fritz Lang, Loos was police commissioner Groeber in his masterpiece M (1931, Fritz Lang) and Dr. Kramm in Das Testament des Dr. Mabuse/The Testament of Dr. Mabuse (1933). The last mentioned film was forbidden by the nazi’s because of its hidden criticism of Hitler and the nazi regime, so it premiered in Budapest. In the 1930's Loos played not only countless film parts but also classic theater: Shakespeare, Schiller, Hauptmann, Ibsen, Strindberg, among which over 400 times in Peer Gynt. Under the nazi regime he was appointed 'Staatsschauspieler' (state actor), performing in a.o. Thea von Harbou’s directorial debut Elisabeth und der Narr/Elizabeth and the Fool (1934) with Hertha Thiele and Rudolf Klein-Rogge, Der Student von Prag/The Student of Prague (1935, Artur Robison) with Loos as the devilish Dr. Carpis, Schlussakkord/Final Accord (1936, Douglas Sirk) with Maria von Tasnady and Peter Bosse, Schatten über St. Pauli/Shadows Over St. Pauli (1938, Fritz Kirchhoff) with Harald Paulsen, Veit Harlan’s films Der Herrscher/The Ruler (1936-1937) with Emil Jannings, and Jud Süß/Jew Süss (1940) with Ferdinand Marian, and Hans Steinhoff’s films Der alte und der junge König/The Making of a King (1934-1935) with Jannings, Robert Koch (1939) with again Jannings, Rembrandt (1942) in which Loos played Jan Six, and Gabriel Dambrone (1943). Other titles from the war era were Herbert Maisch’s Andreas Schlüter (1941-1942), in which Loos played prince-elector Frederick III, opposite Henrich George in the title role, and Titanic (1943, Werner Klingler, Herbert Selpin) which starred Sybille Schmitz and Hans Nielsen, and in which Loos played a German scientist. During the war Loos was head of Künstlerischen Wortsendungen (artistic verbal emissions) at the German Radio. He was also in high places in artistic and cultural boards. Loos didn’t have to serve in the war because of his parts in (propaganda-) films but his two sons did and they both died in the war. At the end of the war Loos fled via Prague to Salzburg, but was rehabilitated by the French military government in 1947. He then performed again on stage in Tübingen and Stuttgart, and also became a radio announcer. In 1954 Loos played his last film part as a minister in Rosen aus dem Süden/Roses from the South (1954, Franz Antel), starring Maria Holst, and in the same year he was awarded with the Grossverdienstkreuz of the Bundesrepublik. Theodor Loos died in 1954 in Stuttgart. He had played in over 170 films. 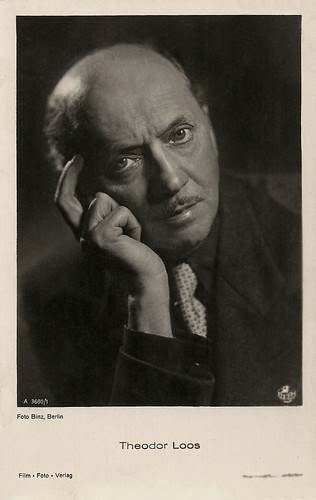 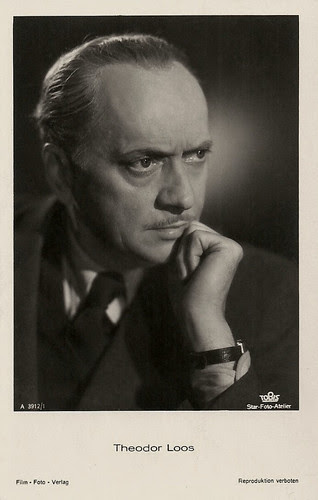 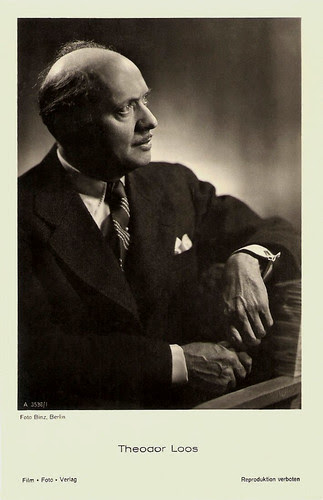 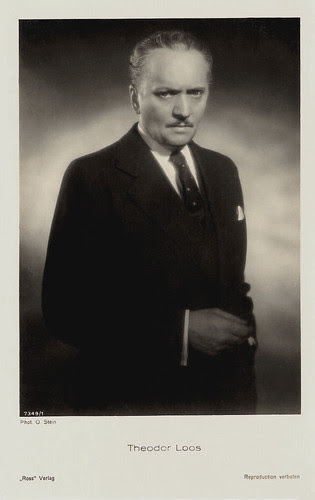