Pierrette Madd (1893 - 1967) was a French operetta singer, who had a short-lived career in the French silent films of Henri Diamant-Berger. 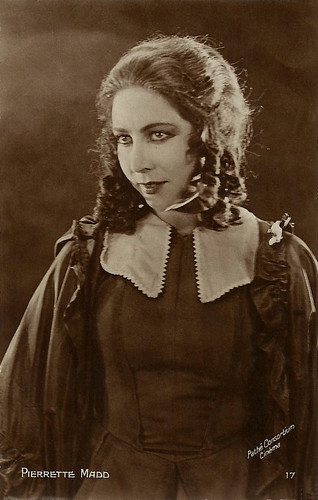 Kidnapped and Imprisoned
Pierrette Madd was born Paulette Poggionovo in 1893 in Charenton, in what is now the Val-de-Marne region of France. She started her career as a singer in small-town theatres in the early 1910's. At the end of the First World War, however, she had her breakthrough in the French capital, performing as Madame Phidias in the operetta Phi Phi by Albert Willemetz and with costumes by the young Pol Rab. The premiere at the Bouffes–Parisiens took place just after the armistice of 11 November 1918. The operetta was a merry version of ancient Greece, in which Phi Phi not only hinted at sculptor Phidias but at Philosophy as well. Madd made her film debut in the short Polin reste garcon (1916), starring vaudeville actor Polin. She had her first major film role, and immediately her breakthrough, as Constance Bonacieux in Henri Diamant-Berger’s twelve episodes serial Les Trois Mousquetaires/The Three Musketeers (1921), based on the famous novel by Alexandre Dumas père. Constance is the beloved of D’Artagnan (Aimé Simon-Girard) and the go-between Queen Anne and D’Artagnan, but Richelieu (Édouard de Max) has her kidnapped and imprisoned in a convent. The treacherous Milady De Winter (Claude Merelle) kills Constance, but she herself will be caught by the Musketeers and be beheaded. 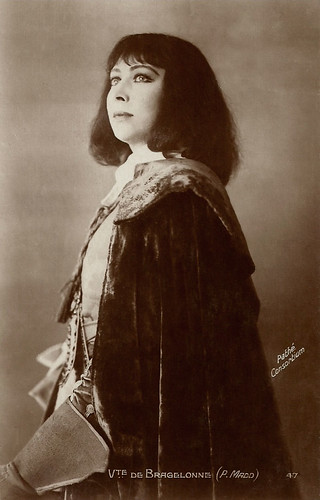 Boy
Pierrette Madd’s film career would remain exclusively linked to that of Henri Diamant-Berger, who, after the succes of his first musketeers film for Pathé, was backed to make two 'sequels'. Madd performed in both. In Vingt ans après/Twenty Years Later (1922, Henri Diamant-Berger) she played the boy Raoul, the son of Athos and Madame de Chevreuse and the future Vicomte de Bragelonne – even if IMDb says otherwise. In 1923 she was also seen in Milady (1923, Henri Diamant-Berger). Although IMDb describes this as a new film, it was in fact a feature-length compilation of the serial Les Trois Mousquetaires/The Three Musketeers (1921). Around 1923 Diamant-Berger started his own firm, Les Films Diamant, for which Madd worked as well. Madd had a supporting act in the comedy Gonzague (1923, Henri Diamant-Berger), starring Maurice Chevalier as a fake piano tuner in love with a girl (Florelle). Madd then played the female lead in L’Emprise/The Temptation (1924, Henri Diamant-Berger), with co-acting of Pierre de Guingand, the former Aramis in Les Trois Mousquetaires. Madd played a woman who is too fond of gambling while her husband is away and brings herself in serious trouble. That same year Madd had the female lead in the aviation drama Le Roi de la vitesse/The King of Speed (1924, Henri Diamant-Berger), again starring Pierre de Guingand, who also had written the script. Two men (Guingand and Sadi Lecointe) fight not only for the aviation cup, but also for the hand of a rich American woman (Madd) who is the president of the cup contest. Madd's last film, according to the sources, was L’Accordeur (1923, Henri Diamant-Berger), but as ‘accordeur’ means piano tuner, this probably was the same film as Gonzague. 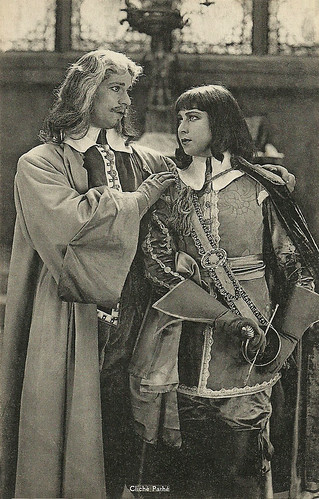 Newsreel
After this Pierrette Madd ended her film career - perhaps caused by Diamant-Berger's stay in the US in 1924-1926 - but she continued on stage. Madd also recorded songs, as in 1925 the song Ça c’est gentil, sung together with Antonin Berval in the musical comedy Pas sur la bouche (1925, Maurice Yvain, André Barde). Other operettas she was in were Un bon garcon (1926, A Good Boy), starring Milton, Ma femme (1927, My Wife) and Le Garçon de chez Prunier (1933). In 1967, Pierrette Madd died in Cannes, at the age of 74. She was the elder sister of singer and stage actress Jane Pierly (Jeanne Poggionovo), who had played Henriette de France in Vingt ans après. After her fiction films of the early 1920's, Pierrette Madd was briefly visible in a Pathé newsreel of December 1926, in which 9 French actresses including Madd showed new bags made from old textiles selected at antiquarians.