This post is about a series of 21 postcards, produced in 1921 by M. Le Deley, Paris for Pathé. They were publicity cards for the Pathé serial Les Trois Mousquetaires/The Three Musketeers (Henri Diamant Berger, 1921), the second film adaptation of the famous adventure novel by Alexandre Dumas père, published in 1844. 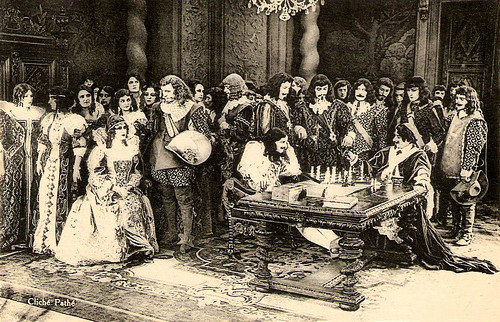 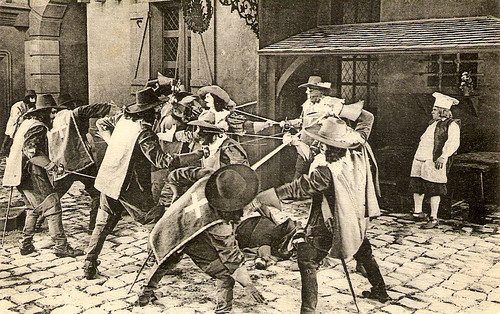 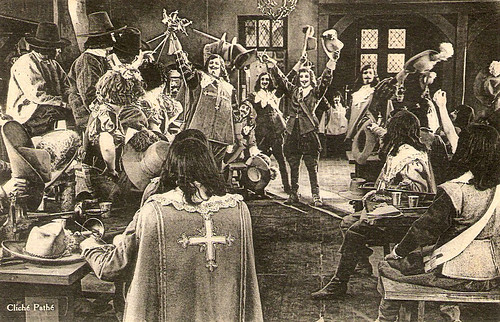 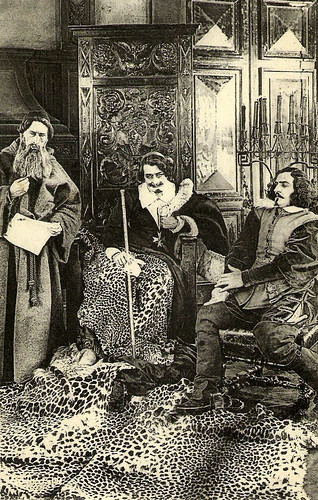 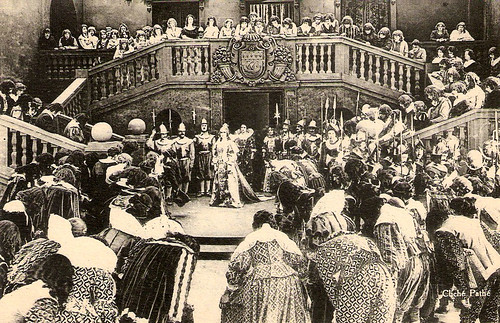 
Les Trois Mousquetaires/The Three Musketeers (1921) was a French twelve-hour mega-production. The film was divided into one-hour chapters, designed to be released as a serial in consecutive weeks over a three-month period.

This silent super-serial was produced by Pathé Frères and directed by Henri Diamant-Berger. Les Trois Mousquetaires saw well over 20 later film productions, including a rival Hollywood version with Douglas Fairbanks.

The next adaptation, Les trois mousquetaires/The Three Musketeers (1913) by André Calmettes and Henri Pouctal was the first feature-length film version of the classic novel. In the early 1910s, feature-length films were new, but Pouctal's Les trois mousquetaires had already an extreme length of 4000 metres. The film was released in two parts, La Haine de Richelieu (Richelieu's Hate) and Le Triomphe d'Artagnan (D'Artagnan's Triumph).

The 1913 version starred Émile Dehelly as D'Artagnan and Nelly Cormon as Milady. In addition, the film featured Marcel Vibert as Athos, Adolphe Candé as Porthos, Stellio as Aramis, and Philippe Garnier as Cardinal Richelieu. There were bit parts for Jean Duval, Rolla Norman, and Edouard de Max. De Max would return in the 1921 version. 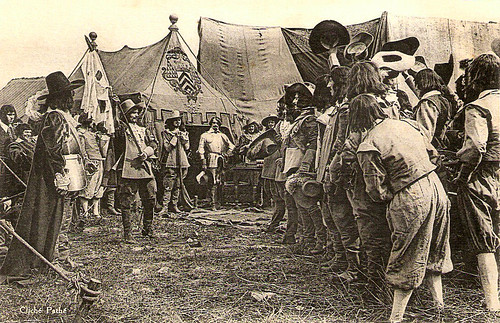 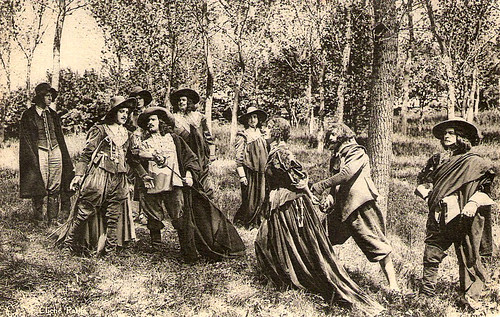 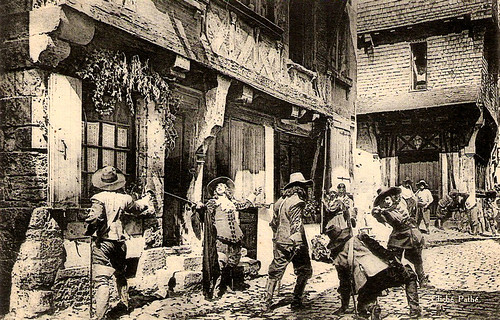 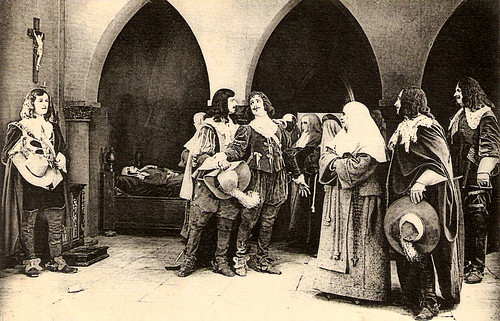 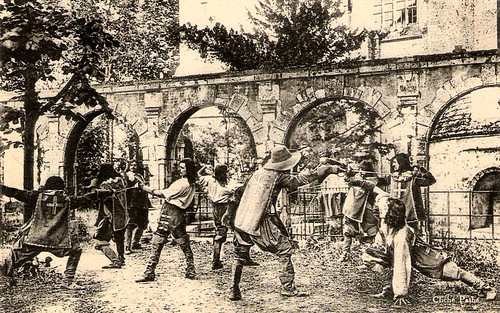 The Gascon D'Artagnan was played by Aimé Simon-Girard. The three musketeers were impersonated by Henri Rollan as Athos, Charles Martinelli as Porthos, and Pierre de Guingand as Aramis. The cast also included Claude Mérelle as Milady de Winter, Henri Baudin as Rochefort, and in a small role Albert Préjean.

Les Trois Mousquetaires (Henri Diamant-Berger, 1921) had a gigantic budget of 2,5 million French francs. The production had great looking sets which were partly filmed on locations as the Chenonceau castle, Chartres, and the Pérouges citadel, and it also had authentic recreations of 17th-century costumes.

The script by Auguste Macquet follows the classic novel by Alexandre Dumas père very faithfully. The novel tells the story of four comrades-in-arms, musketeers at the service of Louis XIII: Athos, who was unsuccessfully married to the evil female protagonist, Milady; Porthos, a kind-hearted gigantic man; Aramis, a mystic mixture of love and courage; and the young D’Artagnan, the hero of the story. “ALL FOR ONE AND ONE FOR ALL!!” is their motto.

The film has all the characters including minor characters such as Lord de Winter, Duchess de Chevreuse, and the Executioner of Lille. It also shows in flashbacks Athos courtship of the beautiful but treacherous woman - the supposed priest's sister who later resurfaces as Milady de Winter. The priest and Milady are both shown in the flashbacks. 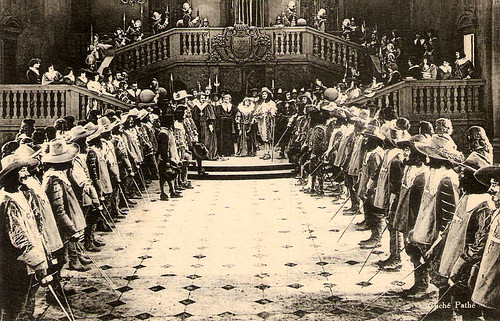 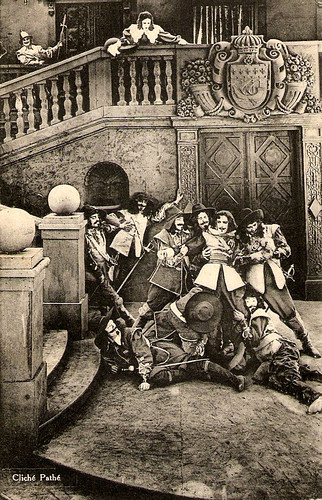 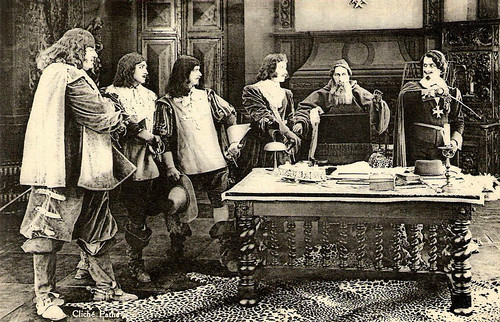 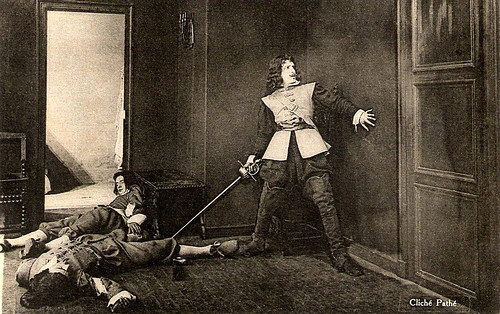 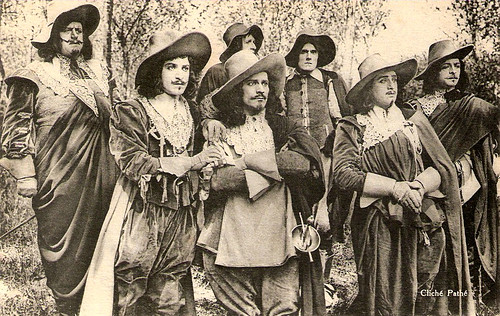 
When Henri Diamant-Berger wanted to film the story, he had first offered the role of Roland D’Artagnan to Douglas Fairbanks. Fairbanks refused, according to Diamant-Berger, "because he did not want to work in such a vulgar genre as the serial".

Although entertaining, it was much more loosely adapted. The Fairbanks version did keep the character of Bernajoux the greatest swordsman of the Cardinal's Guard who went to avenge his fellow Cardinal's guards and ended up being defeated by D'Artagnan.

All copies of the 1921 version were thought to be destroyed by the Nazis during the Second World War, but in 1995 a print of was rediscovered and remastered into a new version. 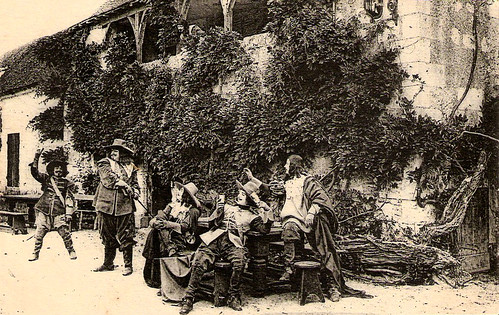 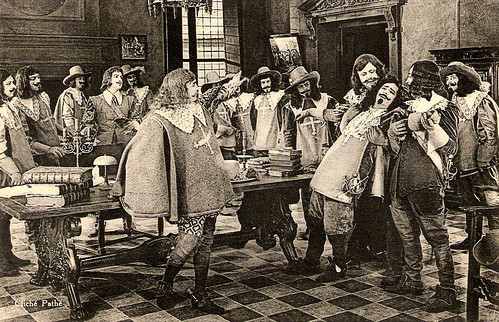 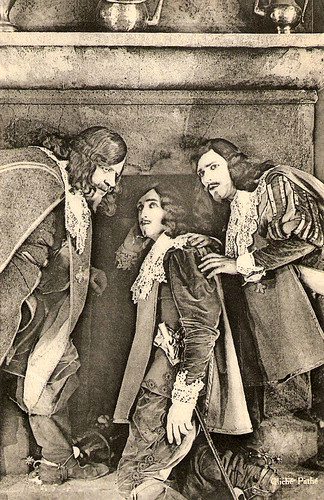 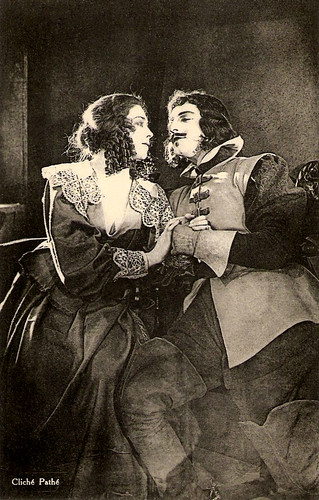 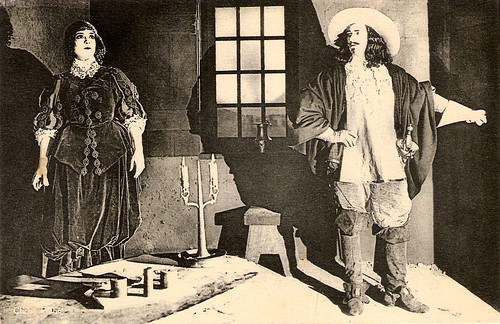 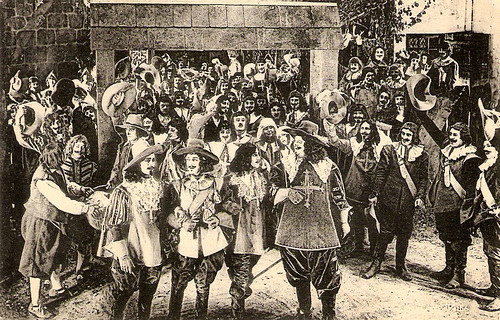 In true serial style, we will continue next week with a sequel post about Les Trois Mousquetaires (1921) in which we present other postcard series for the film.