Singer and actress Romina Power (1951) is the daughter of film stars Tyrone Power and Linda Christian. She was born in the US, but lived and worked most of her life in Italy. Besides as a film actress, she is best known for the successful singing duo she formed with her former husband Albano Carrisi. They had several hits and performed twice at the European Song Contest. 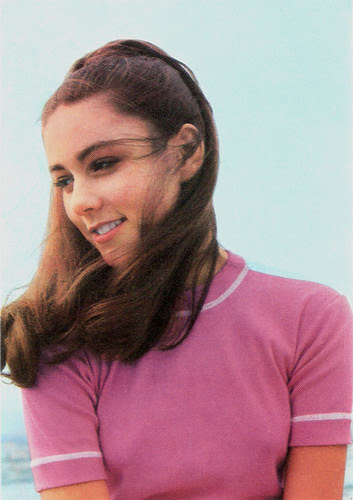 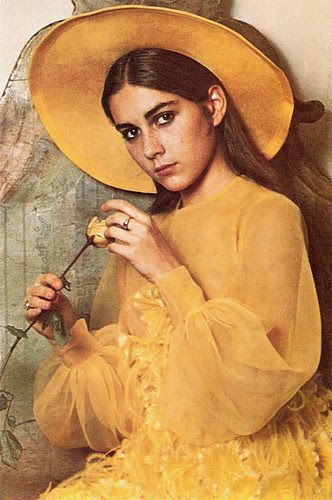 Marquis de Sade
Romina Francesca Power was born in Los Angeles, California, in 1951. She is the eldest daughter of American film star Tyrone Power and his second wife, film actress Linda Christian. After her parents divorced in 1956 her mother took Romina and her sister Taryn to live all around the world but mainly in Mexico and Italy. Romina attended college in England and then returned to Italy. Her interest in music was evoked in her childhood by American musicals from the 1950’s, Mexican Mariachi bands and Italian music from the 1960’s. In her early teens Power discovered The Beatles and Bob Dylan, which inspired her to compose music. After receiving a guitar as a birthday gift, she learned chords and wrote her first songs. At the age of 14, she made her film debut in the Dino De Laurentiis production Menage all’Italiana/Menage Italian Style (1965, Franco Indovina) starring Ugo Tognazzi. In the next four years, she went on to make 14 films in Italy, including the comedy Come imparai ad amare le donne/Love Parade (1966, Luciano Salce) with Michèle Mercier and Anita Ekberg, and the Marquis de Sade adaptation Justine (1969, Jesus Franco) with Klaus Kinski. David Ross Smith at IMDb quotes director Franco dissing Power: “She was a passenger, wandering around. She was like a piece of furniture. It was as if I was making Bambi 2.” She was quite good though as the daughter of Dorothy Malone in the Giallo Femmine insaziabili/Beverly Hills (1969, Alberto De Martino). After a few more films, she finished her cinema career. At the set of Nel sole/The World’s Gold (1967, Aldo Grimaldi), Power had met singer and actor Albano Carrisi. In 1970 the pair married and five years later they formed the singing duo Al Bano & Romina Power. 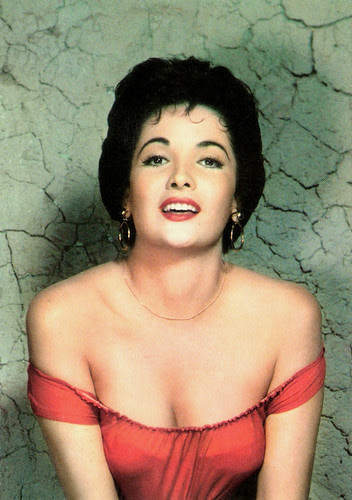 The Vagina Monologues
During the 1970’s and 1980’s, Al Bano & Romina Power became well known all over Europe and also in Latin America. Their songs include Felicità (1982), Ci sarà (1984), winning title at the Sanremo Festival, Sempre sempre (1986) and Nostalgia canaglia (1987). They achieved 7th place for Italy in both the 1976 and 1985 Eurovision Song Contest. The duo released multiple albums in different languages and several became gold or platinum. The couple divorced in 1999. They have four children: Ylenia Maria (1970), who mysteriously went missing in New Orleans in 1994 and yet still has to be found; the only son Yari Marco (1973); Cristel Chiara (1985), who appeared in the Italian Reality TV show La Fattoria (The Farm); and Romina Iolanda (1987), who appeared with her father in the 2005 edition of Italian Reality TV show Isola dei Famosi (Survivor). Romina Power wrote five books in Italian. Between 2004 and 2006 she toured with the controversial stage play The Vagina Monologues by Eve Ensler. She worked as a host for various variety shows on TV, acted in two Mini-series and in 2005 she was a judge in the TV show Ballando con le Stelle (Dancing with the Stars). Between 2006 and 2007 Power organized exhibitions of her paintings, mainly in Milan. At the same time she dedicated herself to directing her short film Upaya (2006). In the spring of 2007 she bought a house in Sedona, Arizona and moved to the United States. She had a small part in the comedy Go Go Tales (2007, Abel Ferrara) starring Willem Dafoe. A year later, Linda Christian was diagnosed with colon cancer. Power went to live in her mother's house in Palm Springs, where she remained until her mother’s death in 2011. Romina Power is a polyglot who speaks five languages: English, Italian, Spanish, French and Dutch. Reportedly, she thinks about returning to Italy.

OMG! I didn't know about the Romina's daugther disappeared. I'm sorry for them. Is a long time since it's happened. I hope they found peace. I grown with their music. I love them.
Mary