French actor Aurele Sydney (1876 - 1920) with his Herculean physique had his finest hour in silent French, Italian and especially British cinema. Thanks to the success of his Ultus series, the 'English Maciste' was the best paid actor in Britain in the mid-1910's. 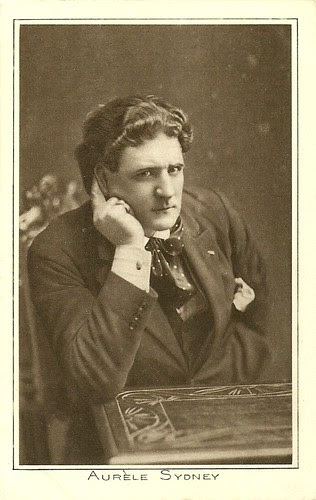 British postcard by Ed. Pictures Ltd., London, in the Pictures Portrait Gallery, no. 43.

A Debut On A Ramshackle Stage
Aurele Sydney aka Aurèle Sydney and Aurelio Sydney was born Aurèle Labat de Lambert in France in 1876 (though historian Rachel Low writes he was born in Sydney, Australia). After his French parents moved to Australia, he obtained the stage name of Aurele Sydney in homage to the city where he himself had debuted on a ramshackle stage in 1894. Sydney wandered around reciting Shakespeare with a local company, crossing the continent to spread the word of the Bard to the spectators in the cities along the coast. The fame of this hot-blooded actor also reached Britain. In 1906, after a trip of several months, the company of Sydney performed on a London stage, without much enthusiasm though. The tour also included Paris, where the welcome at the Theatre Sarah Bernhardt wasn’t very warm too. When the company broke up, Sydney was jobless, so he eagerly took up an offer by French film director Albert Capellani to appear as the antagonist in the comedies with Boireau (André Deed). Deed soon after would leave for Italy to become the famous comedian Cretinetti at the Itala studios. In 1913 the young French director Abel Gance offered Sydney the male lead in Les morts reviennent-ils?/The dead do they come?, an odd film in which characters step out and in an enormous mirror. Released as Un drame au Château d’Acre/Drama at Acre Castle (1915, Abel Gance) (in reality the castle was the Palais de Madrid in Paris), the film had some success and would effect in two more collaborations between Gance and Sydney: La fleur des ruines (1915, Abel Gance) and the thriller L’enigme des deux heures/The Enigma of Ten Hours (1915, Abel Gance), in which a series of people are killed during a phone call. One night, however, when reciting on stage, Sydney was discovered by the then prestigious British director George Pearson. Pearson worked for Gaumont British, a subsidiary of the famous French firm. Léon Gaumont, managing director of the homonymous firm, had asked Pearson to create an English equivalent of Fantomas for the British cinema, so Pearson devised Ultus, a man who once robbed and left for dead in the desert returns from Hell and becomes an implacable avenger. He found his actor in Sydney. (In The Parade’s Gone By, Kevin Brownlow cites Abel Gance, who claimed that Pearson took Sydney not because of his stage acts but because of the international success of Gance’s thriller L’enigme des deux heures.) The series started with Ultus, the Man from the Dead (1915, George Pearson) – of which some fragments have been found - and went on until 1917, with Ultus and the Grey Lady (1916, George Pearson), Ultus and the Secret of Night (1916, George Pearson), and Ultus and the Three Button Mystery (1917, George Pearson). Soon Sydney became the best paid actor in the British Empire. His apparitions on the screen were electrifying, with his Herculean physique, his eagle-like profile, his seemingly effortless coping with the most extraordinary adventures, his incredible swiftness and coolness. Sydney was nicknamed 'the English Maciste', competing with Fantomas and Judex. The Ultus films were a big international success. Sydney also played in another feature by Pearson: Sally Bishop (1916, George Pearson) featuring Marjorie Villis. 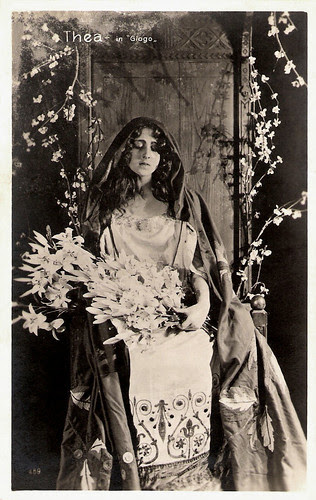 A Most Grand Guignol-like Situation
In 1918 the Italian company Cines managed to have Aurele Sydney work for them. This is remarkable while his Ultus films had been forbidden by Italian censorship. Amleto Palermi developed, scripted and directed films purposely designed for Sydney. The series were entitled: The Extraordinary Stories by Cines. The first one was L’incubo/The Nightmare (1918, Amleto Palermi) with Thea, Giovanni Grasso, Bruto Castellani and little Mimi. The protagonist finds himself in a most grand guignol-like situation, full of horror scenes, but a happy end follows when all of this proves to have been just a nightmare. Just as electrifying was Il gioiello di Kama/The Jewel of Khama (1918, Amleto Palermi), a silent precursor to the Indiana Jones adventures. Sydney played a double role as an American billionaire who has robbed a precious jewel from an Eastern temple and as a penniless painter who substitutes the other, not knowing that the Khama devotees are plotting a merciless revenge. Two kind souls, however, are watching over the menaced painter and help him out of many dangers; one is his girlfriend (Dolly Morgan). Not too long ago, a copy of the film was found and restored at the EYE Institute in Amsterdam. After Il gioiello di Khamma followed in short time: Il dramma di una stirpe/The drama of a race (1918, Amleto Palermi) with Piera Bouvier, Una strana avventura/A strange adventure (1919, Amleto Palermi) with Thea, the original Club dei suicidi/La spade di Damocle (1919), after Edgar Wallace and directed by Sydney himself, and Notte di tentazione/Night of temptation (1919, Giuseppe Pinto), after Washington Borg. At the end of the First World War Sydney returned to London, where he retook his favorite part in The Green Terror (1919, R.W. Kellino), in which a character much like Ultus fights a crazy scientist who wants to conquer the world, and in Angel Esquire (1919, R.W. Kellino). At the end of 1919 Sydney went to Madrid where he performed in three films all directed by himself. One, El espectro del castillo/The spectrum of the castle (1920), was a clear remake of Il dramma di una stirpeThe drama of a race. When a fourth Spanish film by Sydney was almost finished, he contracted a rebellious infection which eventually killed him. Aurele Sydney died in Sitges, Spain in 1920 (IMDb claims he died in England). 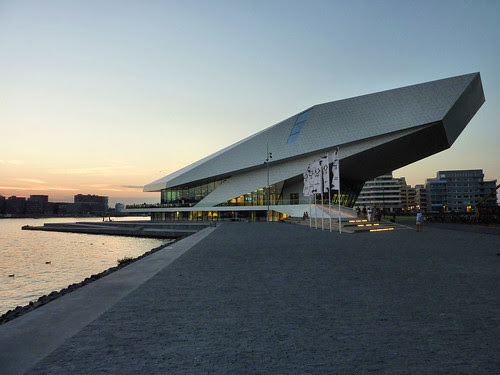