The Choice of Manuel Palomino Arjona

There are many collections of postcards to be found at Flickr. You can spend hours viewing interesting collector's sets. A special collector is Manuel Palomino Arjona from Spain. Under the title Performing Arts / Artes Escénicas, Manuel uploaded some 50,000 pictures of the performing arts: vintage images of dance, music, opera, theatre, magic, circus and also of film. We invited Manuel to select his favourite film star postcards from this huge and incredible treasure. He writes: "I tried to pick cards that were on the borders between the various performing arts and that represent an entire historical era, making it clear that the cinema is just the latest chapter in the history of the performing arts. I've also selected some players who try to escape their historical circumstances, are an exception to the rule, but their 'transcending' underlines their moment in history. After my selection, I noticed that I had no postcards of Alexander Tairov, Orson Welles, Cheryl McCall, Max Carl Adolf von Sydow, nor of Uta Hagen. These words have to fill this gap."
Here's the Choice of Manuel Palomino Arjona: 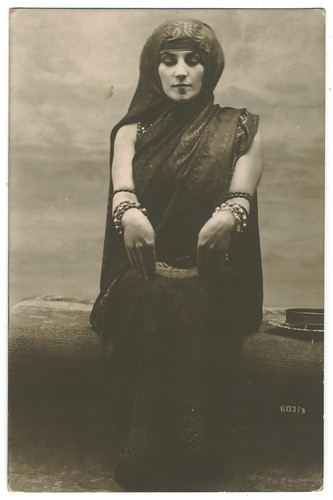 Carmen Tórtola Valencia. Spanish postcard by Mass Regis, no. 603-3.
Manuel: "A tireless traveler, used her exotic dance to hobnob with the intelligentsia of her time. Was Buddhist and vegetarian, was morphine addict, collector of pre-Columbian art, pioneer of women's liberation, republican and Buddhist." 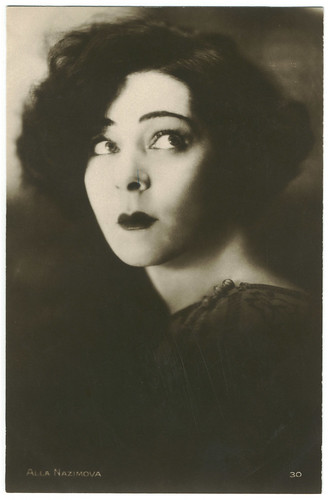 Alla Nazimova. Vintage postcard.
"Defeated by a film industry that did not support her innovations. Broke social conventions and scandalized Hollywood. Her projects have a profound intellectual depth." 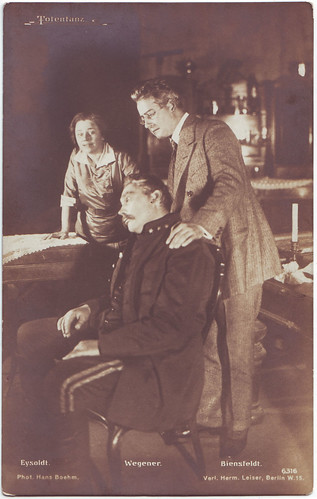 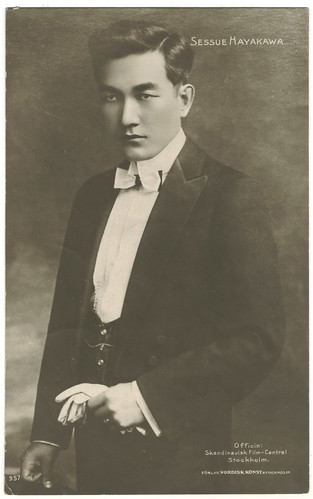 Sessue Hayakawa. Swedish postcard by Nordisk Kunst, Sockholm, no. 957.
"A male sex symbol who fell into disgrace and became a supporting actor. Entrepreneur and hedonistic, cultured and refined, rich and extravagant. Committed to his time, at ease among all races and on every continent. A human map we should never forget." 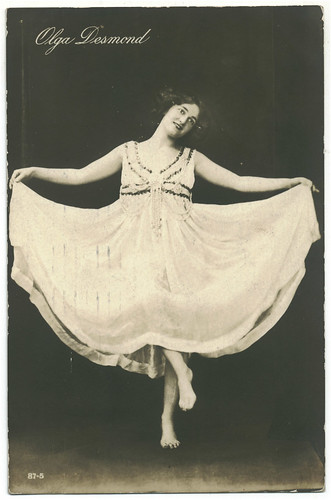 Olga Desmond. Vintage postcard.
"Opened her eyes in Prussia and left us in the GDR. Her nude solo dance provoked the Puritanism of Imperial Russia." 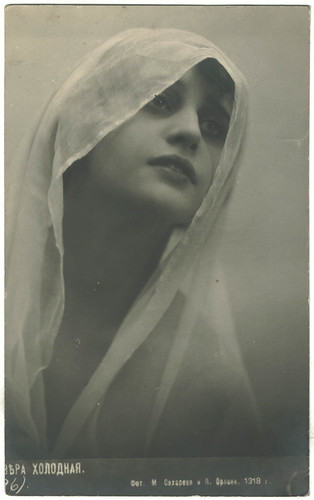 Vera Kholodnaya. Vintage postcard, 1918, no. 96. Photo: M. Sajarova & P. Orlova
"She started as a tsarist and ended, reportedly, as a counterrevolutionary. In the 25 years of her life she tasted public success and the artistic directives of the Bolsheviks. Left to us are only a few of her films and her personal greatness." 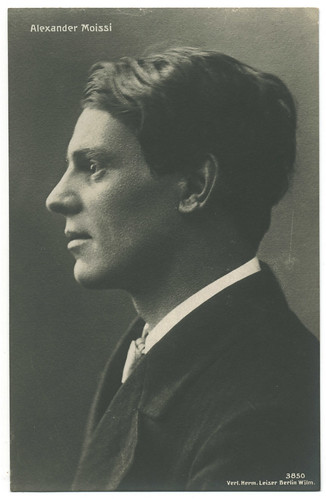 Alexander Moissi. German postcard by Hermann Leiser, Berlin-Wilm., no. 3850.
"Stage animal with a melodious speech, did a few silent films. Was not interested in theatre innovations such as Expressionism and epic theater, but his repertoire was exquisite. One of the great." 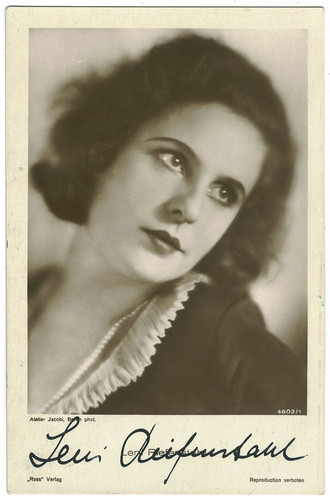 Leni Reifenstahl. German postcard by Ross Verlag, no. 4803/1, 1929-1930. Photo: Atelier Jacobi. Signed.
"Her work was reduced to Nazi propaganda, but it changed the documentary genre forever." 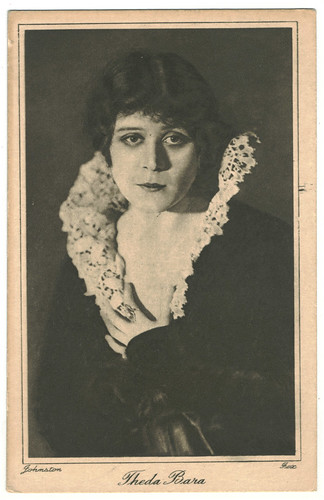 Theda Bara. British postcard. Photo: Johnston / Fox.
"Turning her into a sex symbol as a vamp gave rise to both film publicity and to Fox." 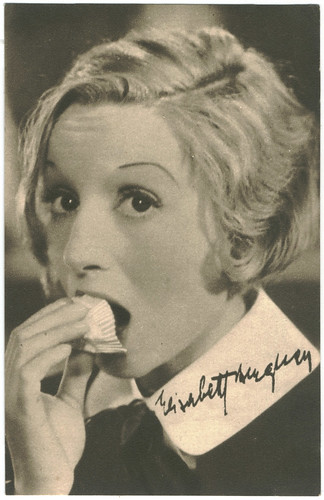 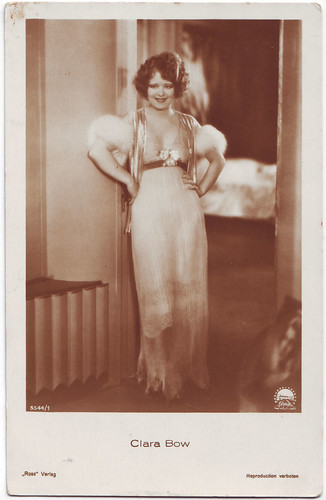 Clara Bow. German postcard by Ross Verlag, no. 5544/1, 1930-1931. Photo: Paramount.
"She was born during a heat wave and became the sex symbol of the 1920's. Her strong Brooklyn accent marred her mystical femme fatale aura." 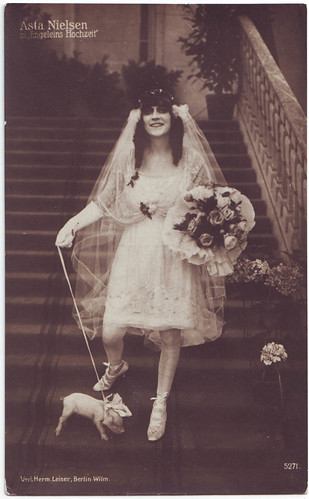 Asta Nielsen. German postcard by Hermann Leiser, no. 5271. Photo: publicity still for Engeleins Hochzeit/Engelein's Wedding (1916, Urban Gad).
"She was the first international film star. She rejected the offer by the Nazis to give her career a boost and decided to help Jews."