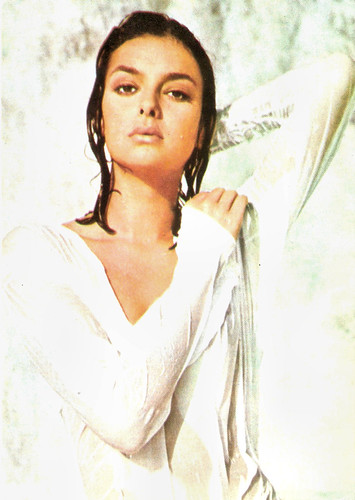 For a Few Dollars More


Rosemary (sometimes Rosemarie) Dexter was born in Quetta, British India (now Pakistan), in 1944. She had a British father and an Anglo-Burmese mother.

In the early 1950s her family moved to Italy. Dexter entered the film industry in 1963.

In Rome she met director Ugo Gregoretti who offered her the female lead in his science fiction comedy Omicron (1963) starring Renato Salvatori.

The following year she played Juliet in the Shakespeare adaptation Giulietta e Romeo/Juliet and Romeo (Riccardo Freda, 1964), according the heroine top billing for the first time in history.

In Per qualche dollaro in più/For a Few Dollars More (Sergio Leone, 1964), she played Col. Mortimer’s sister in the flashback scene with Peter Lee Lawrence and Gian Maria Volonté.

Robert Firsching at AllMovie about the latter: “The strong supporting cast, including Lea Padovani and Pier Paolo Capponi, bring credence to their roles, but it is De Seta's direction, Perrin's controlled performance, and a relatively subtle score by Ennio Morricone which keep this film from becoming as overwrought as it might have become in other hands.” 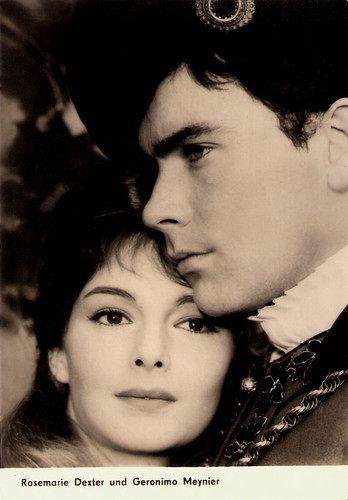 
Rosemary Dexter was a very active film actress until mid-seventies.

She acted in international productions as The Shoes of the Fisherman (Michael Anderson, 1968) starring Anthony Quinn.

On TV she guest-starred in Vendetta for the Saint (James P. O'Connolly, 1968), an episode of the popular spy series The Saint, featuring Roger Moore.

She often played the love interest of the hero or the beautiful eye-candy.

In 1975, after a photo shoot for the Italian Playboy, she retired from acting.

She went to live in the Villa Leopardi in Recanati on recommendation of Count Vanni and his family with whom Dexter was long-time friends.

In 2010, Rosemary Dexter was found dead in her house in Recanati. She had been suffering from a long illness. Dexter had no relatives and expressed her wish to be cremated after she died.

Rosemary Dexter was director Jess Franco's first choice for the title role of his 1969 adaptation of the Marquis de Sade's Justine. Unfortunately the producers insisted that Romina Power, the daughter of Tyrone Power, was cast as Justine so Franco had to give Ms. Dexter a much smaller role in the movie. He always claimed that the movie would have been much stronger with Rosemary Dexter in the lead.