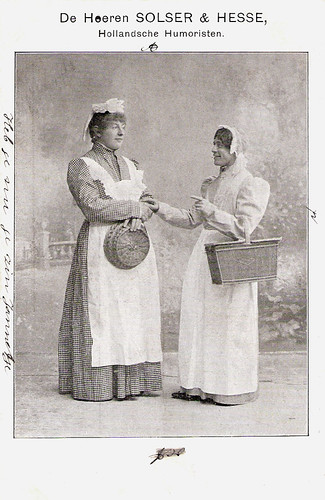 The Ladies Wip and Snip


Solser came from a family of stage actors and variety artists. After the death of his brother Michel, he joined the stage company of his father. His sister was variety artist and comedian Adrienne Solser, who starred in several Dutch film comedies of the 1920s.

They also had a popular acting company, Het gezelschap Solser & Hesse, and they acted in some of the first Dutch films of the late 19th and early 20th Century.

For Edison they also made some records. In 1899, Lion married actress Adrienne Willemsens, and he often worked together with her on stage.

Solser often played roles in drag and with Hesse, he created the ladies Wip and Snip. They probably inspired Jacques van Tol when he later wrote the famous drag act Snip and Snap for Dutch comedians Piet Muyselaar and Willy Walden.

Piet Hesse continued their popular duo with Lion's brother Louis. During the late 1920s and 1930s he worked as an impresario and exploited with Simon Delmonte the traveling theatre, Loge Schouwburg. 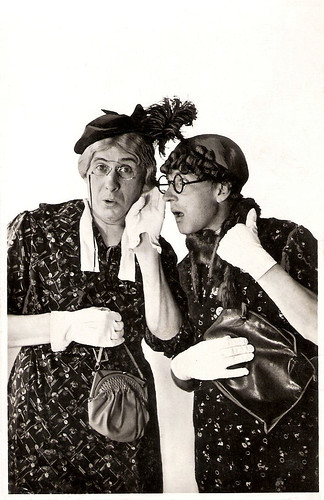