French actor Paul Meurisse (1912-1979) appeared in over 60 films and many stage productions. Meurisse was noted for the elegance of his acting style, and for his versatility. He was equally able to play comedic and serious dramatic roles. His screen appearances ranged from the droll and drily humorous to the menacing and disturbing. His most celebrated role was that of the sadistic and vindictive headmaster in the classic thriller Les Diaboliques/Diabolique (1955). 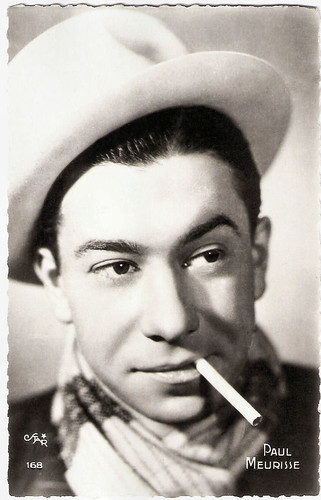 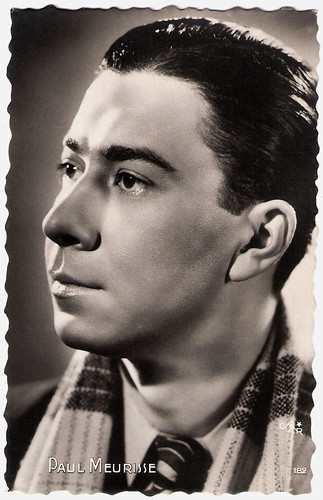 Intense portrayal of a psychopathic hoodlum


Paul Gustave Pierre Meurisse was born in Dunkirk, on the north-east coast of France, in 1912. He grew up on the island of Corsica, to where his bank manager father had been transferred when Meurisse was a small child.

After leaving school he moved to Aix-en-Provence, where he became a solicitor's clerk. His passion was for the stage, and he obtained evening work in the chorus of music hall revues.

In 1936, he left Aix for Paris, with a letter of recommendation signed by Huguette Duflos. Meurisse found work at once, at the Trianon first, and then at the ABC music hall in a show by realistic singer Marie Dubas. He also appeared in Pigalle nightclubs. He specialised in taking cheerful, upbeat songs and singing them in a comically downbeat, lugubrious fashion.

In 1939, Meurisse met Edith Piaf, and the two became lovers for several months. Piaf however did not see a future for Meurisse as a singer, and encouraged him to try his hand at acting instead. They appeared together in the play Le Bel indifferent (1939), written for them by Jean Cocteau.

Meurisse's first screen role came in Vingt-quatre heures de perm’/Twenty-four hours permit (Maurice Cloche, 1945), filmed in 1940 but not released until 1945. The comedy Ne bougez plus/Do not move (Pierre Caron, 1941) was the first of his films to be released.

With Piaf he co-starred in the dramatic comedy Montmartre-sur-Seine (Georges Lacombe, 1941). Like most of Piaf's impulsive romances, Meurisse was soon discarded, but he managed to do quite well for himself.

His breakthrough was as a gangster opposite Françoise Rosay in Macadam/Back Streets of Paris (Marcel Blistène, 1946). James Travers reviews at Films de France: “Meurisse's intense portrayal of a psychopathic hoodlum is arguably the best thing about this film, particularly as it captures something of the sadism and uncontrolled inner rage that Edward G. Robinson brought to his early gangster portrayals. Here Meurisse is partnered with Simone Signoret, a stunning newcomer who had yet to make her film breakthrough but who steals every scene she appears in with her barely contained sensuality and charisma, the archetypal femme fatale.”

Thereafter his acting services were always in demand: in 1948 for example he was credited in no fewer than seven films. Meurisse played a wide range of roles, from gangsters in films like Impasse des Deux-Anges/Impasse of Two Angels (Maurice Tourneur, 1948) to policemen in Inspecteur Sergil/Inspector Sergil (Jacques Daroy, 1947) and Le Dessous des cartes/Under the Cards (André Cayatte, 1948), from comedy in the Monocle films to historical in La contessa di Castiglione/The Contessa's Secret (Georges Combret, 1954) and L'Affaire des poisons/The Poison Affair (Henri Decoin, 1955).

The quality of the films was variable, but Meurisse's versatility meant that his performance was often considered the best part of an otherwise mediocre effort. 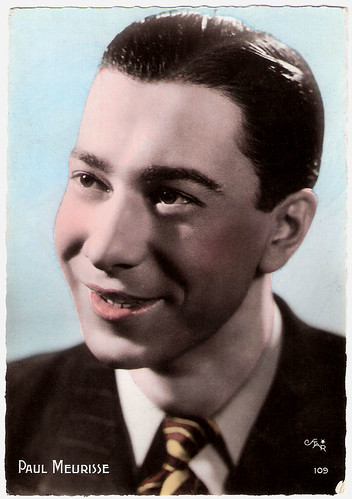 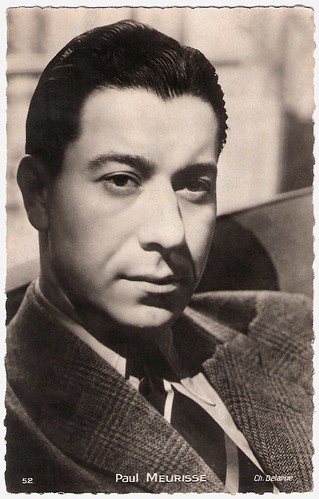 
Paul Meurisse's most famous role was that of Michel Delasalle in the psychological thriller Les Diaboliques/Diabolique (Henri-Georges Clouzot, 1955). Véra Clouzot and Simone Signoret play a woman and her husband's mistress who conspire to murder the man. After the crime is committed, however, his body disappears, and a number of strange occurrences ensue. In a thoroughly unsympathetic part, Meurisse was compelling as the husband and the film, with its dark, claustrophobic atmosphere and celebrated twist ending, became a success at the box office, with 3,674,380 admissions in France. It was also widely distributed in English-speaking markets and remains the film for which Meurisse is best known.

James Travers at French Films.info: “In most of his films, he had the air of a French aristocrat, impeccably dressed and carried along by an unflappable insouciance - this is exemplified by his best known role, Commandant Théobald Dromard, a.k.a. Le Monocle”.

Bruce Eder at AllMovie: “It's all a far cry from the heroics and bold statements of patriotism that one usually expects in movies on this subject, but the resulting tension results in an engrossing, often spellbinding cinematic experience across 140 minutes of screen time -- this reviewer (who never has the time for such indulgences) went back to see it three more times.”

In this period, Meurisse also played twice opposite Alain Delon: in the comedy Doucement les basses/Easy Down There! (Jacques Deray, 1971) and in the drama Le Gitan/The Gypsy (José Giovanni, 1975).

Additionally, Meurisse appeared in many stage productions, from Marcel Achard and Jean Anouilh to William Shakespeare and George Bernard Shaw. In the mid-1950s he was a sociétaire of the Comédie-Française.

Meurisse married three times, to actress Michèle Alfa (1942, divorced), Micheline Cheirel (1951, divorced) and Micheline Gary (1960 to his death). Paul Meurisse was taken ill following a performance of Mon père avait raison, a play by Sacha Guitry at the Théâtre Hébertot in Paris, and he died in 1979 in Neuilly-sur-Seine of an asthma-related heart attack. He was 66. 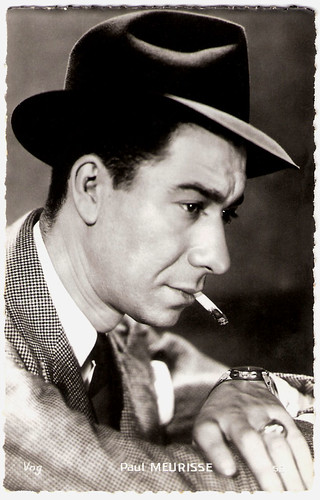 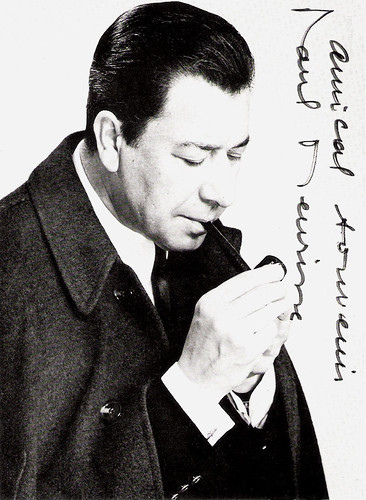