Italian actress Vivi Gioi (1917–1975) first excelled in the 'telefoni bianchi' comedies of the 1930s. During the war and the late 1940s, she starred in dramatic films. Her best known role is that in Giuseppe De Santis' neorealist drama Caccia tragica/Tragic Hunt (1947). In the late 1940s she was also a major stage actress under the direction of Luchino Visconti and others. 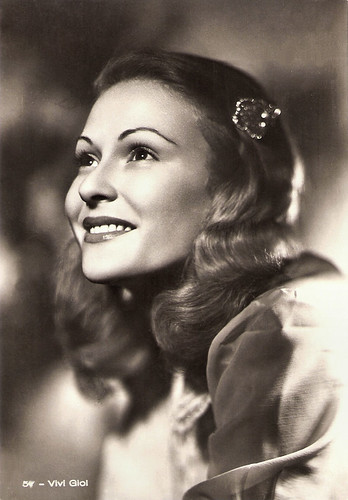 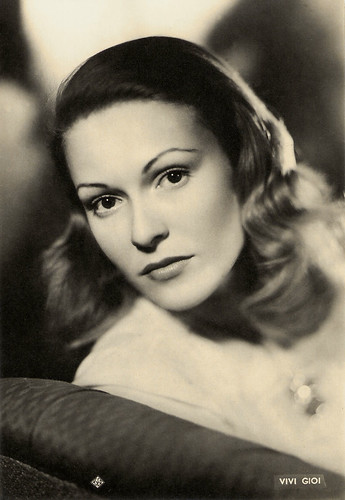 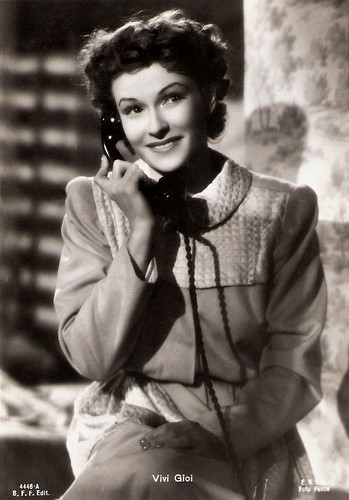 Surviving at the Casino

Viviana Trumpy was born in Livorno (Leghorn), Italy in 1919. She was Norwegian on her father’s side.

Blond, slim and tall, she carried her fashion model beauty with nonchalance. Vittorio De Sica discovered her during a charity stage show in the late 1930s.

She first transformed in Vivien Diesca, an anagram of De Sica, later on in Vivi Gioi.

Her film debut was in Mario Camerini’s comedy Ma non è una cosa seria/But It's Nothing Serious (1936), after which a small role in De Sica’s Il signor Max/Mister Max (Vittorio De Sica, 1936) followed, of which most was cut out in the editing phase.

When the affair with De Sica stopped and he married Giuditta Ransone, Gioi supposedly quitted filming and survived by playing at the casino.

Her star definitely rose with the lead of Anita in the comedy of misunderstandings Bionda sotto chiave/The Locked In Blond (Camillo Mastrocinque, 1939), scripted by Cesare Zavattini. Gioi played a secretary who suddenly becomes a cover girl.

The role turned her into the Carole Lombard of Italian cinema. Gioi became a star of the telefoni bianchi comedies, such as Rose scarlatte/Red Roses (Vittorio de Sica, 1940).

These light and merry comedies were fit for the celebration of the actress of the moment, and resulted in ever new stars. So competition was fierce, but Vivi soon managed to rise above the average and played in countless comical films in the early 1940s, directed by experienced comedy filmmakers like Max Neufeld, Carlo Ludovico Bragaglia and Dino Falconi.

Often she played foreign characters as in Harlem (Carmine Gallone, 1943). Next to filming, Gioi continued to act on stage and in 1944 she cofounded a theatre company with Nino Besozzi and Vittorio De Sica. 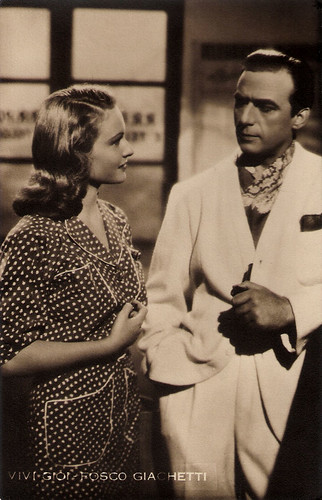 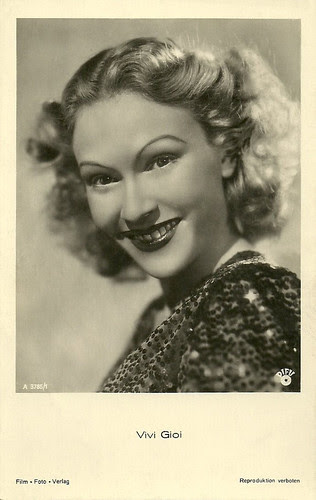 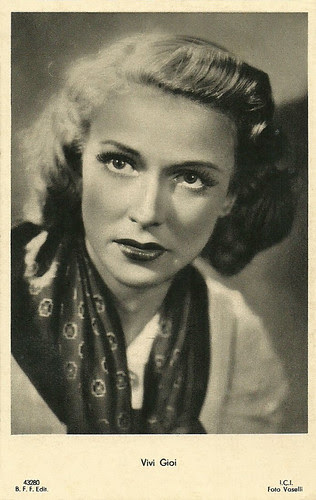 The Wife of the Dictator

It won her a Nastro d’Argento as Best Supporting Actress. Despite this award film offers became scarcer, Gioi played less and less in the cinema and focused on the stage, where she worked with such directors as Luchino Visconti and Guido Salvini.

Under Visconti’s direction, Gioi played with Paolo Stoppa and Rina Morelli in A porte chiuse/Huis clos (1945) by Jean-Paul Sartre, with sets by Mario Chiari, and in Il matrimonio di Figaro/Le marriage di Figaro (1946) by Beaumarchais, which co-starred Vittorio De Sica and Nino Besozzi.

In 1948, Gioi played in Come vi piace, Visconti's version of William Shakespeare's As You Like It, with sets and costumes by Salvador Dalí and a year later she played under Visconti’s direction in Tennessee Williams' Un tram che si chiama desiderio/A Streetcar Named Desire, with sets by Franco Zeffirelli, and co-acting by Marcello Mastroianni and Vittorio Gassman.

In 1949 Gioi founded a new company, together with Annibale Ninchi and Aroldo Tieri. In 1950 she played under direction of Guido Salvini in Gli straccioni di Annibal Caro, which co-starred Vittorio Gassman and Massimo Girotti.

Gioi also did radio plays for RAI such as Santa Giovanna (1951) by Thierry Maulnier, again directed by Salvini. With Salvini she also acted in Anna per mille giorni/Anne of a Thousand Days by Maxwell Anderson and in Peer Gynt by Henrik Ibsen.

Only on rare occasions Gioi returned to the set for films like Il processo di Verona/The Verona Trial (Carlo Lizzani, 1963) starring Silvana Mangano. In this drama she played Rachele Mussolini, the wife of the dictator. 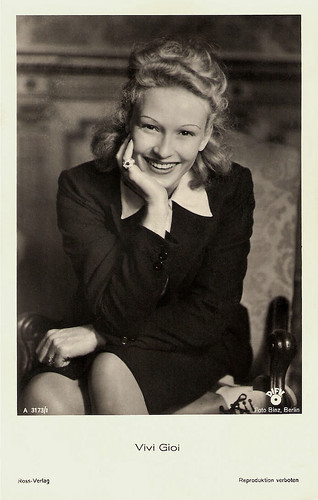 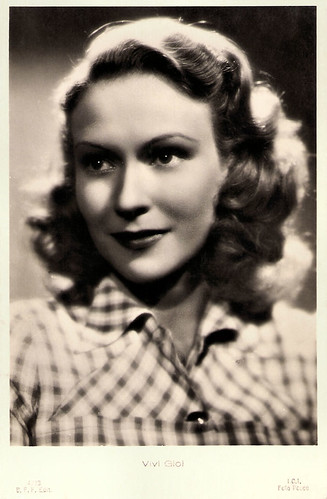 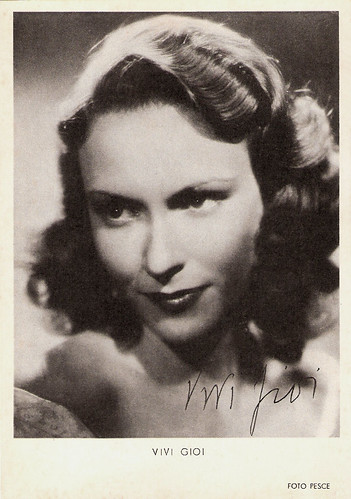 Sources: Italian Stardust (Italian), My Movies (Italian), Wikipedia (Italian and English), and IMDb. NB. Italian Wikipedia has mixed up Gioi’s stage plays, attributing the direction to the set designers of the plays.