English-American actress and singer Sally Ann Howes (1930) passed away on 19 December 2021. She was best known for the role of Truly Scrumptious in Chitty Chitty Bang Bang (1968). She had her first screen test offer on her 12th birthday and went on to star in several films before she turned 20. Her career on stage, screen, and television would span over six decades. Sally Ann Howes was 91 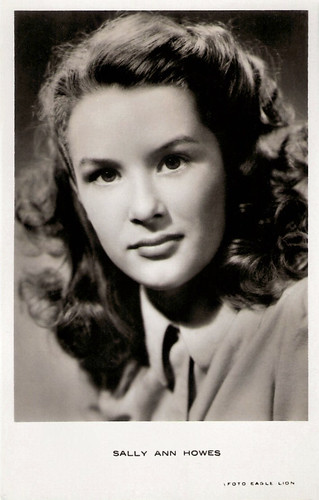 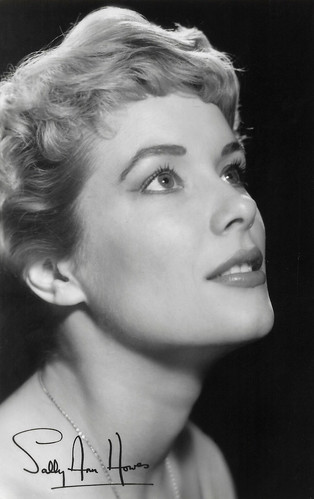 British promotion card for the stage production 'A Hatful of Rain' (1957). Caption: March 1957, A pleasant evening to you - and I hope you enjoy 'A Hatful of Rain'. I hope too you will like the story I have specially written for 'The Star' which is appearing now. Best wishes - Sally Ann Howes.


Sally Ann Howes was born in St John's Wood, London in 1930. She was the daughter of British comedian/actor Bobby Howes and actress/singer Patricia Malone, and the granddaughter of Capt. J.A.E. Malone, London theatrical director of musicals. Her older brother, Peter Howes, was a professional musician and music professor. She was a show-business baby who lived a quiet, orderly childhood where she grew up with a nanny and was surrounded by a variety of pets and her parents' theatrical peers, including Jack Hulbert and Cicely Courtneidge, who had an adjoining house.

During World War II, Howes moved to the family's country house in Essendon. Another family friend, an agent suggested the young Sally Ann for a role in a film. Two hundred young girls had already been screen-tested for the drama Thursday's Child, written by Rodney Ackland, and his directorial debut. As a juvenile star whose fame wreaked havoc upon her family, Thursday's Child (Rodney Ackland, 1943) launched her career.

A second film, The Halfway House (Basil Dearden, 1944), led to her being put under contract by Michael Balcon of Ealing Studios. This was followed by many other film roles as a child actress, including the multi-storied horror classic Dead of Night (Alberto Cavalcanti, Charles Crichton, Basil Dearden, Robert Hamer, 1945) with Sir Michael Redgrave, Pink String and Sealing Wax (Robert Hamer, 1946), Nicholas Nickleby (Alberto Cavalcanti, 1947), My Sister and I (Harmot Huth, 1948) and Anna Karenina (Julien Duvivier, 1948), with Vivien Leigh.

At the age of 18, the Rank Organisation put her under a seven-year contract, and she went on to make such films as The History of Mr. Polly (Anthony Pelissier, 1949) with John Mills, and the Italian-British comedy Due mogli sono trope/Honeymoon Deferred (Mario Camerini, 1950).

Howes had begun taking singing lessons on the recommendation of a visiting teacher friend not only to bring out her natural talents but also in an effort to lower her speaking voice which was quite high-pitched. While still in her teens, she made her first musical-comedy stage appearance in 'Fancy Free'. At 20, she received her first starring stage role in Glasgow in the Sandy Wilson musical 'Caprice'.

It forced her to terminate her contract with Rank, where she'd been unhappy with the film roles and being on ‘loan out’. She was finding gainful employment in television and radio, including a starring role in a BBC TV version of Cinderella (1950). Howes was looking to flex her singing talent, something that both Balcon and Rank had overlooked. 'Caprice' was followed by 'Bet Your Life' with Julie Wilson.

In 1953, she starred on the West End in the musical 'Paint Your Wagon' with her father, Bobby Howes. The show ran for 18 months. It was followed by 148 performances in 'Summer Song', also on the West End, firmly establishing her as a leading musical comedy star. This was followed by her critically acclaimed performance in the stage drama, 'A Hatful of Rain'(1957). She mixed her theatre with television appearances and even modelling, commercials, and product endorsements. 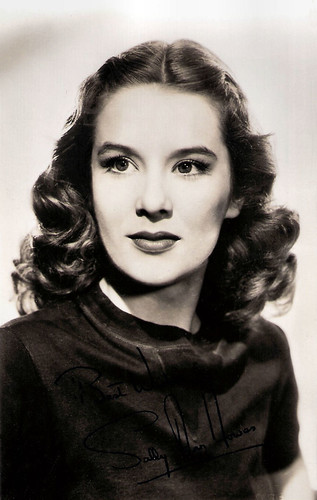 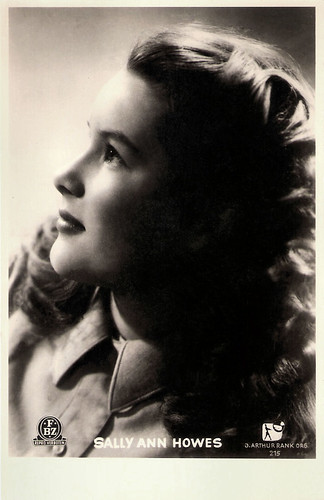 
Sally Ann Howes became a popular celebrity in England, even appearing as a comic-strip character in TV Fun serial comics and annuals, as a young, wholesome teacher in the wild American west at a time when Western TV shows were very popular. She made incidental film appearances such as in The admirable Crichton (Lewis Gilbert, 1957) with Kenneth More.

In 1958 she accepted the role of Eliza Doolittle in Broadway's 'My Fair Lady', taking over from Julie Andrews. The role had been offered to her three times previously, but film and stage commitments kept her from assuming the part. With the persistence of Lerner and Loewe, however, she accepted the third time, for a year's contract, but at a higher salary than Julie Andrews. She became an instant hit as a very fiery Eliza Doolittle.

Adler and Bob Merrill collaborated on a musical version of W. Somerset Maugham's 'Of Human Bondage' so that Howes could play Mildred. She appeared on many TV shows including The Ed Sullivan Show four times. Howes returned to Broadway in 1961 in the short run of 'Kwamina', another Adler musical.

In 1962, she starred in a short revival of the musical 'Brigadoon' at the New York City Opera and received a Tony nomination, the first performer to be nominated for a revival performance. In 1964 she starred on Broadway opposite Robert Alda and Steve Lawrence in the energetic 'What Makes Sammy Run?' that lasted for over 500 performances. A TV version of Brigadoon (1966) with Howes, Robert Goulet, and Peter Falk won six Emmy Awards. 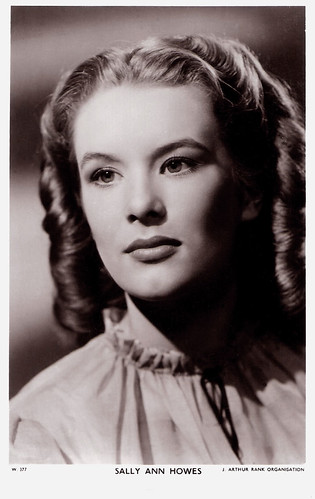 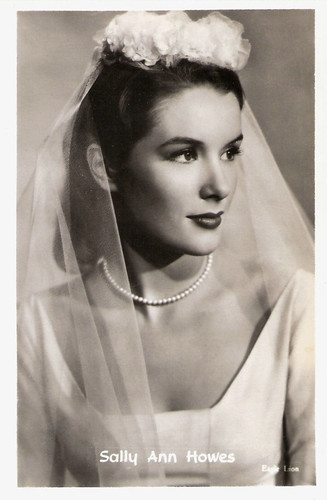 
In 1967, Sally Ann Howes began the 14 months film shoot of Chitty Chitty Bang Bang (Ken Hughes, 1968). In the children's fantasy musical she starred opposite Dick van Dyke as Truly Scrumptious, the lovely and charming daughter of a confectionery magnate. The film became a fondly remembered hit.

Chitty Chitty Bang Bang did not, however, restart her film career. In addition, musicals were now failing at the box office and that avenue was closed to her. As a result, she returned almost exclusively to the musical stage, appearing in only a few more films and TV productions.

In the 1970s and 1980s, she began to cross over from standard musicals to operettas. She performed two summers with the Kenley Players in 'Blossom Time' and 'The Great Waltz', and she later added Franz Lehár's 'The Merry Widow' and then two seasons of Stephen Sondheim's 'A Little Night Music' at the New York City Opera. She also added the role of Gertrude in 'Hamlet' to her repertoire.

In 1990, she debuted her one-woman show, 'From This Moment On' at the Edinburgh Festival and at a benefit for the Long Island AIDS Association at the John Drew Theatre in Easthampton, New York. Her last screen acting was in the TV Mini Series Judith Krantz's Secrets (Michael Stich, 1992). That marked her 50th year in film.

Sally Ann Howes was semi-retired, although she still hosted events or performs two or three times per year. She was married four times. Her first marriage was to H. Maxwell Coker. Howes adopted second husband Richard Adler's two sons, Andrew and Broadway Lyricist Christopher, after the death of his first wife (1964). They divorced in 1966. Then she was shortly married to Andrew Morgan Maree. Since the early 1970s, she was married to Douglas Rae. She was a naturalized US citizen and resided in New York.


Trailer Death Ship (Alvin Rakoff, 1980). Howes had a supporting part in this Canadian-British horror film about a Nazi torture ship that has sailed the seas for years, luring unsuspecting sailors aboard and killing them off one by one. Source: Drippledblood1 (youTube).