German stage and film actor Albrecht Schoenhals (1888-1978) was predestined by his charming and elegant appearance for high society characters and urbane lovers. In 1942 he refused to play Jud Süss and during the rest of the war years he had to work under difficult circumstances. 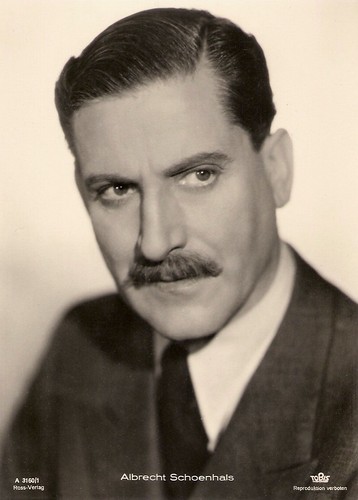 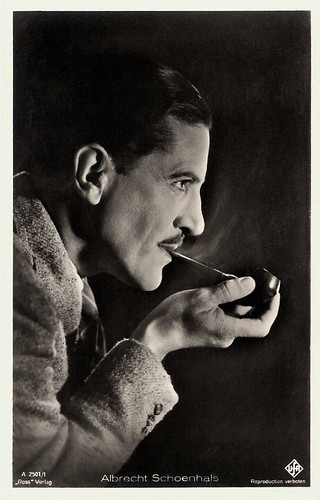 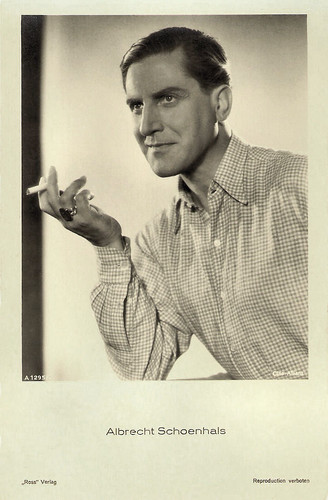 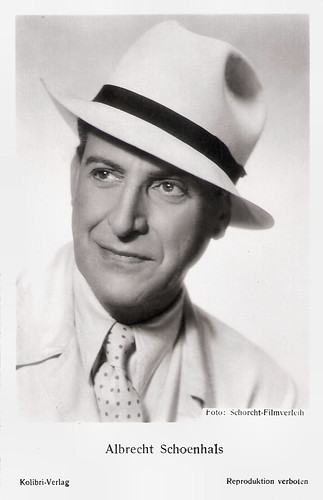 
Albrecht Schoenhals was born in Freiburg, Germany, in 1888. He was the son of an English mother and a German father. He received a musical education and was also trained as a singer.

In 1914 he volunteered for the military and just before the end of the First World War he sustained a slight wound. After the war he took acting lessons from actor Eduard von Winterstein and in 1920 he made his debut at the Stadttheater Freiburg.

In 1934 he made his successful film debut with a double role in the romance Fürst Woronzeff/Prince Woronzeff (Arthur Robison, 1934) opposite Brigitte Helm. More roles for the charming and elegant actor soon followed.

His appearance predestined him for high society characters and urbane lovers, but in the crime film Mazurka (Willi Forst, 1935) he played a rapist who is finally shot by one of his victims, played by Pola Negri. 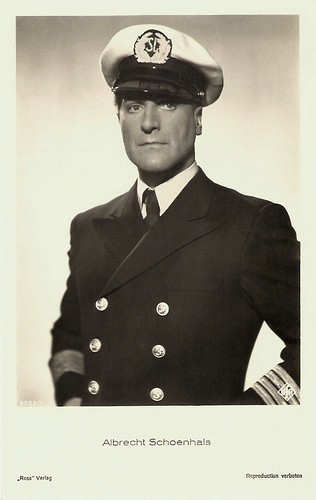 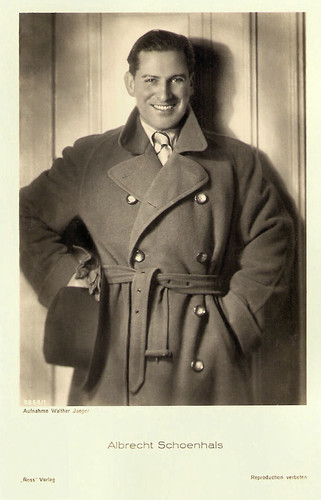 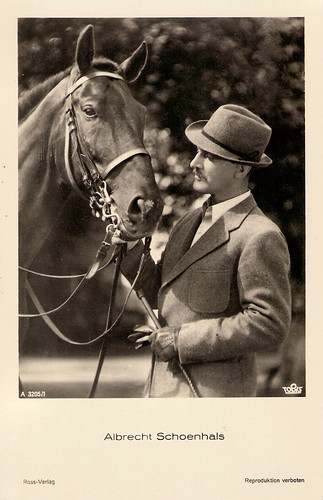 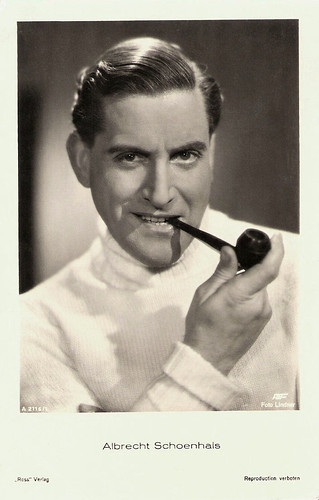 
In 1940 Albrecht Schoenhals refused to accept the title role in the hate film Jud Süss/Jew Süss (Veit Harlan, 1940). The role was finally interpreted by Ferdinand Marian.

Since then Schoenhals only got film offers under difficult circumstances. He was forced to appear in the propaganda film Kopf hoch, Johannes!/Chin up, John! (Viktor de Kowa, 1941) with Dorothea Wieck. He appeared on stage and went on tour with his wife, actress Anneliese Born.

After the war he could go on from his earlier success and appeared in films like Man spielt nicht mit der Liebe/Don't Play with Love (Hans Deppe, 1949) with Lil Dagover, Illusion in Moll/Illusion in a Minor Key (Rudolf Jugert, 1952) with Hildegard Knef, Bildnis einer Unbekannten/Portrait of an Unknown Woman (Helmut Käutner, 1954) with Ruth Leuwerik, and Scotland Yard jagt Dr. Mabuse/Scotland Yard Hunts Dr. Mabuse (Paul May, 1963).

In 1969, he made his last film appearance in Luchino Visconti's masterpiece Die Verdammten/La caduta degli dei/The Damned (Luchino Visconti, 1969). He played Joachim von Essenbeck, the pater familias of a powerful and wealthy family whose downfall both parallels the rise and foreshadows the fall of the Third Reich. 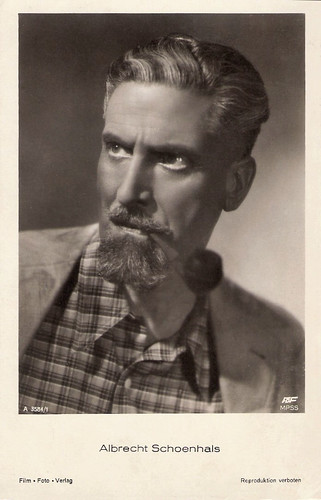 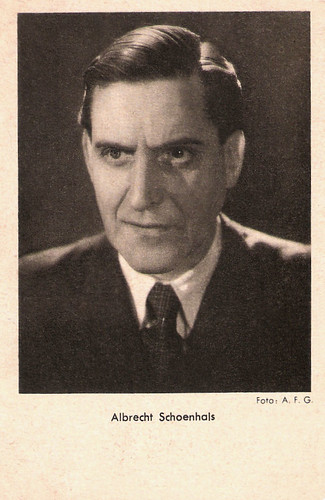 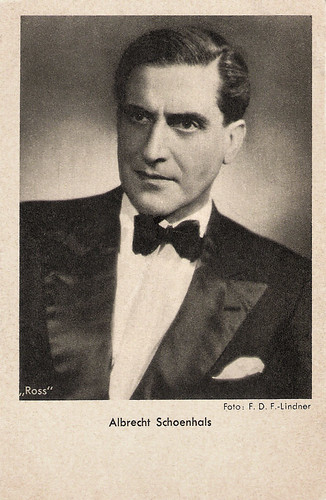