Emmi Kosáry (1889-1964) was a Hungarian opera diva and operetta prima donna with a beautiful soprano voice. She also became a film actress, who worked in Hungary with the young Michael Curtiz. Kosáry was the wife of composer Ákos Buttykay. 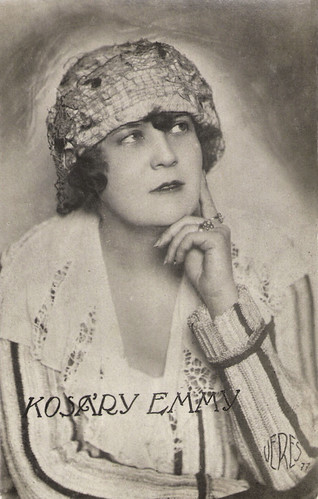 Hungarian postcard by Veres, no. 77.

After graduating from secondary school, she studied for pianist and opera singer. In 1908 she began her career at the Király Színház (King's Theatre). In 1909 she married composer Ákos Buttykay.

In 1912, she was engaged by the Operaház, the Budapest Opera House. Here she worked as a coloratura singer until 1915. In 1916, she performed for the first times one of her most beloved roles, the lead role in the operetta Die Csárdásfürstin (The Gypsy Princess) by Hungarian composer Emmerich Kálmán, with a libretto by Leo Stein and Bela Jenbach.

In 1916 Emmi Kosáry returned to the Király Színház, where he played until 1919. From 1916 till 1921 she starred at the Vígszínházban (Comedy Theatre) and in 1920 she played as a guest at the Városi Színházban (Municipal Theatre). 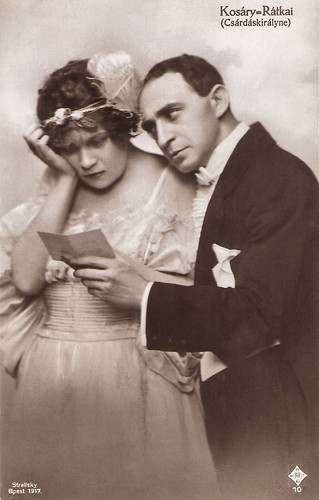 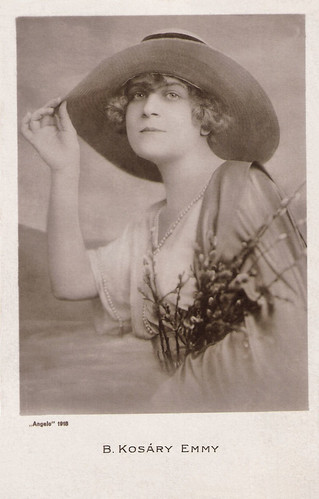 
In 1917, Emmi Kosáry made her film debut in the silent film Tatárjárás/Tartar Invasion (1917) with Camilla von Hollay. The film was directed by Mihály Kertész who later became famous as Hollywood director Michael Curtiz.

Abroad, she performed in cities like Vienna and Dresden. She also performed on stage in the United States in 1923 and 1929.

During the 1930s, she starred in two Hungarian films, the comedy Az okos mama/The Wise Mother (Emil Martonffi, 1935) and Varjú a toronyórán/Crow on the Tower (Endre Rodríguez, 1938).

In 1964, Emmi Kosáry passed away in Budapest, Hungary. She was 75. Her daughter, Emmi Buttykay, who also worked as a film actress, had died in 1957. 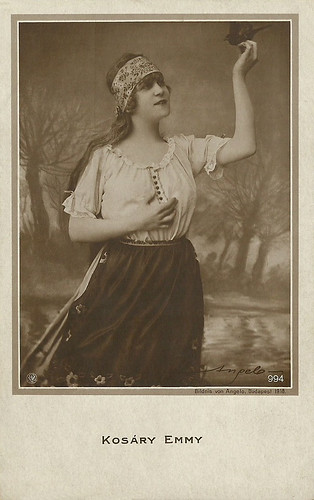 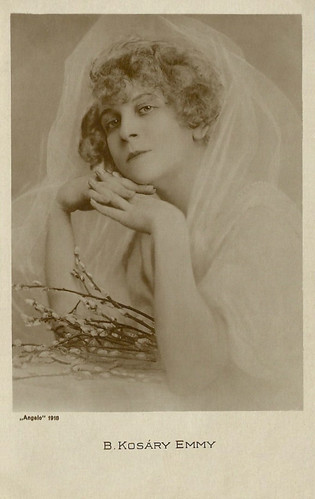