Imported from the USA: George Chakiris

American dancer, singer and actor George Chakiris (1934) had his biggest success as Bernardo, the leader of the Sharks gang in the celebrated film musical West Side Story (1961). Later he starred with Catherine Deneuve in another classic, the charming French musical Les Demoiselles de Rochefort (1967).From now, our weekly series Imported from the USA will be posted on Wednesday. 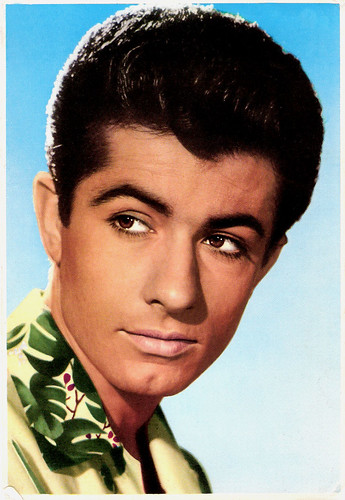 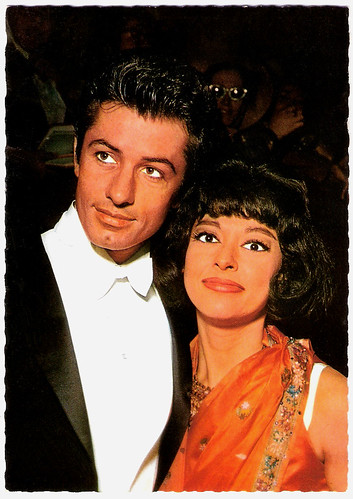 George Chakiris was born in Norwood, Ohio, in 1934. His parents were Steven and Zoe (née Anastasiadou) Chakiris, immigrants from Greece.

Chakiris studied at the American School of Dance. He made his film debut at the age of 12 singing in the chorus of Song of Love (Clarence Brown, 1947), a biopic of Robert and Clara Schumann (Robert Walker and Katharine Hepburn).

Following his graduation from high school, he supported his night-time dancing, singing and dramatic lessons with a daytime job clerking in a Los Angeles department store. For several years he appeared in small, unbilled roles, usually as a dancer or a member of the chorus in various musical films.

He was one of the tuxedoed dancers in Marilyn Monroe's Diamonds Are a Girl's Best Friend number in Gentlemen Prefer Blondes (Howard Hawks, 1953), and appeared as a dancer alongside Rosemary Clooney in White Christmas (Michael Curtiz, 1954) in the Love, You Didn't Do Right by Me number. He can also be seen in the funeral dance in the MGM musical Brigadoon (Vincente Minnelli, 1954).

In 1957, he made his debut as a dramatic actor in a small part in the war drama Under Fire (James B. Clarke, 1957). The following year, he travelled to New York hoping for a Broadway ‘break.’ Hearing that Jerome Robbins was casting the London company of West Side Story, he auditioned and was awarded the co-starring role of Riff, leader of the Anglo gang, the Jets. He played the part for almost two years on the West End stage.

Chakiris also co-starred in the film version, West Side Story (Robert Wise, 1961). He now played Bernardo, leader of a rival Puerto Rican gang of immigrants, the Sharks. For this magnetic role and his silky yet explosive dancing, he won the Academy Award for Best Supporting Actor and a Golden Globe. The romantic musical drama became the second highest grossing film of the year in the United States. West Side Story was nominated for 11 Academy Awards and won 10, including Best Picture. 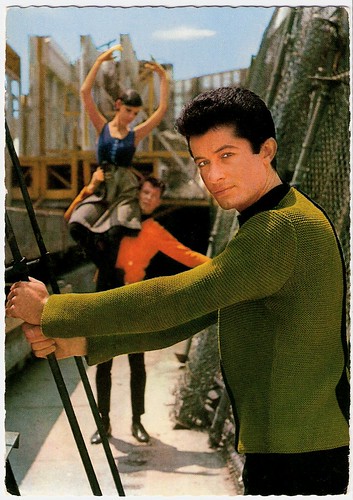 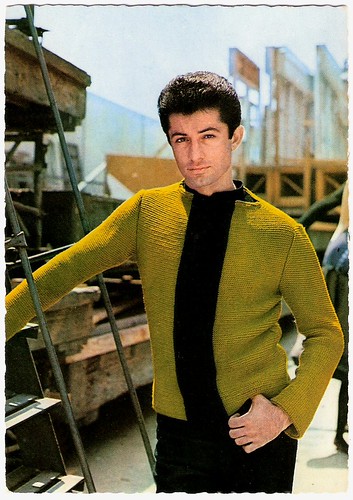 Gorgeous and a delight to the eye

During the rest of the 1960s, George Chakiris was in much demand. He starred as a doctor in the film Diamond Head (Guy Green, 1963) opposite Charlton Heston and Yvette Mimieux, and appeared alongside Yul Brynner in Kings of the Sun (J. Lee Thompson, 1963) and Flight from Ashiya (Michael Anderson, 1964).

His fee around this time was a reported $100,000 per film. In Italy he starred opposite Claudia Cardinale in the crime film La ragazza di Bube/Bebo’s Girl (Luigi Comencini,1963).

Later he acted in France along with Catherine Deneuve and her sister Françoise Dorléac in the musical Les Demoiselles de Rochefort/The Young Ladies of Rochefort (Jacques Demy, 1967).

Craig Butler at AllMovie: “When originally released, Jacques Demy's The Young Girls of Rochefort suffered in comparison with his earlier The Umbrellas of Cherbourg, but its reputation has grown in the intervening years. Although not without flaws, Rochefort is a tremendously appealing and utterly engaging musical trifle. Breezy and light, Rochefort is also gorgeous and a delight to the eye; Demy's sense and use of color is practically overwhelming, and is as important to the success of the film as any other element.”

In France, he also appeared in the spy comedy Le Rouble à deux faces/The Day the Hot Line Got Hot (Etienne Périer, 1968) starring Robert Taylor and Charles Boyer. In addition to film, Chakiris performed on stage in London and around the U.S. and on television. In the early 1960s, he embarked on a career as a pop singer, resulting in a couple of minor hit songs. In 1960, he recorded one single with noted producer Joe Meek. 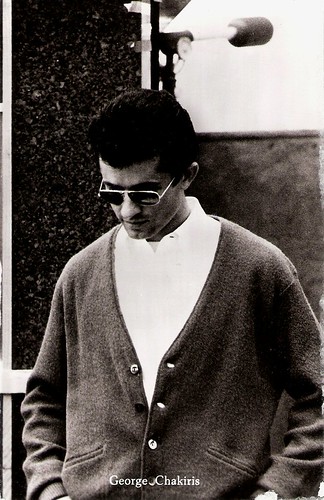 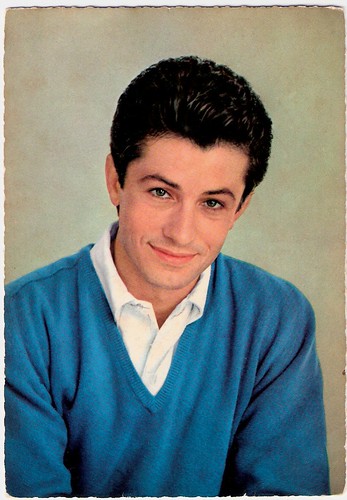 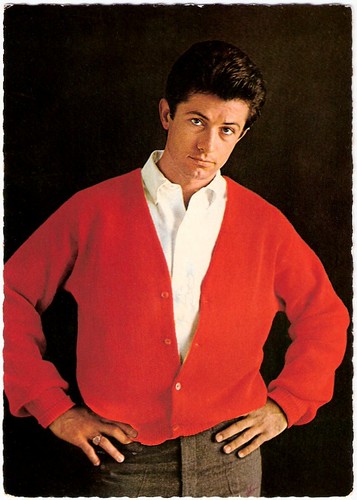 George Chakiris starred in the first national tour of the Stephen Sondheim musical, Company, touring as Bobby in 1971-72.

He worked more in television in the 1970s and 1980s. His television credits include a leading role in an adaptation of Kismet (1967) with Anna Maria Alberghetti and Jose Ferrer, and a co-starring stint with Rosemary Harris and Jeremy Irons in the British historical miniseries Notorious Woman (Waris Hussein, 1975), a dramatisation of the life of author George Sand.

He also appeared in the final episode of The Partridge Family (1974) as an old flame to Shirley Partridge (Shirley Jones). Their kiss goodbye was the final scene in the program's run. Chakiris had a recurring role on the TV show Superboy as Professor Peterson during the first two seasons from 1988-1990.

His final film role was as a vampire in Pale Blood (V.V. Dachin Hsu, 1990). Chakiris' last screen role was in a 1996 episode of the sitcom Last of the Summer Wine. He has given occasional television interviews since then, but is mostly retired.