Last Friday, we presented twelve star pin-up postcards to make you smile. Sexy starlets, sweet bathing beauties and lovely love goddesses. But this is an emancipated blog that also loves some good old beefcake. So here are twelve dreamboats that made many hearts beat faster. And yes, these postcards also make you smile (and sometimes grue). 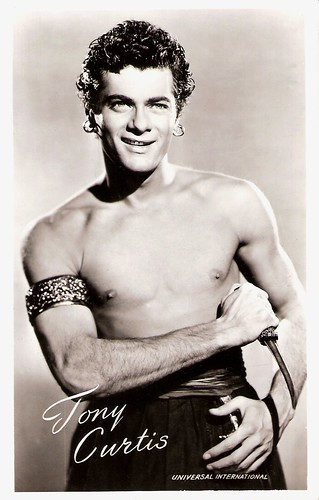 American film actor Tony Curtis (1925-2010) played a variety of roles, from light comedy, such as the musician on the run from gangsters in Some Like It Hot, to serious dramatic roles, such as an escaped convict in The Defiant Ones, which earned him a nomination for the Academy Award for Best Actor. From 1949, he appeared in more than 100 films and made frequent television appearances. 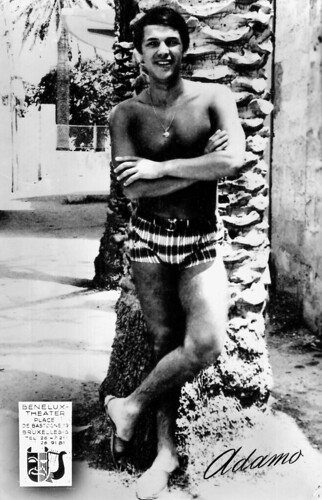 Italian-Belgian composer and singer Salvatore Adamo (1943) was a teen idol in the first half of the 1960s, and occasionally, he also starred in films. 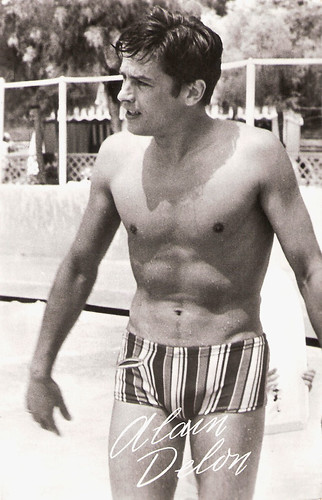 In the late 1950s and early 1960s Alain Delon (1935) was the breathtakingly good-looking James Dean of the French cinema. 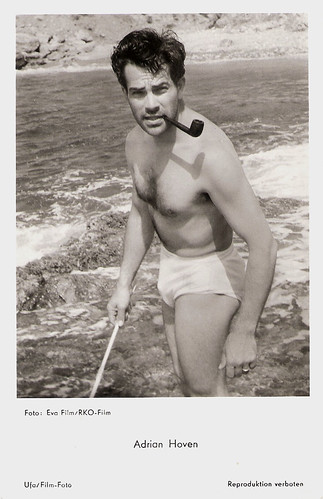 Austrian actor Adrian Hoven (1922-1981) was the athletic and dynamic Sonnyboy of the German cinema in the 1950s, who would become one of the stars of Rainer Werner Fassbinder's films in the 1970s. As a writer, producer and director he made horror and erotica with SM overtones. 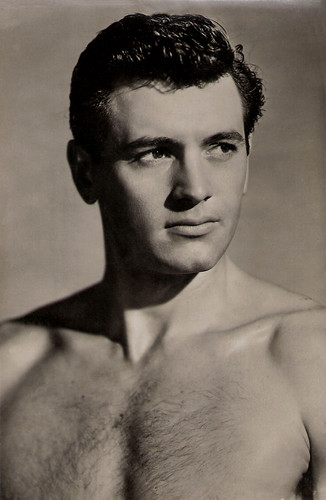 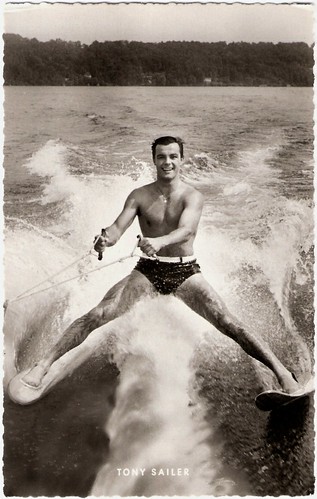 Charismatic multitalent Toni Sailer (1935-2009) was a legendary Austrian alpine ski racer, one of the best the sport has ever produced. The ‘Black Blitz from Kitz’ appeared as an actor and singer in several films and TV series. He was a national hero and matinee idol rolled into one. 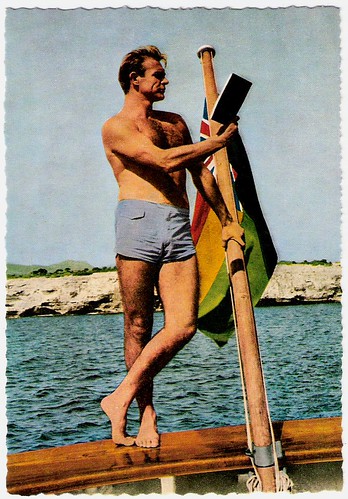 Scottish superstar Sean Connery (1930) won an Academy Award, a Golden Globe and also a BAFTA Award. He is best known as the original secret agent 007, starring in seven James Bond films between 1962 and 1983. 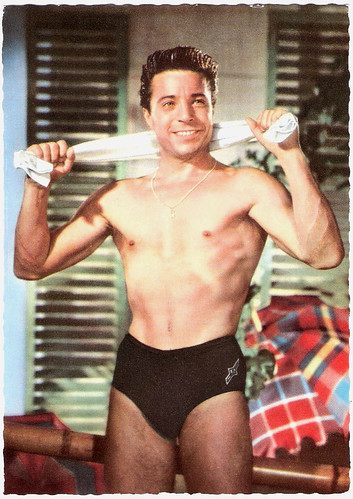 German actor Peter Garden (1924) was the ‘beautiful man’ in films of the Wirtschaftswunder era. Like his Hollywood equivalent Rock Hudson he posed for beefcake photos in swimming trousers. 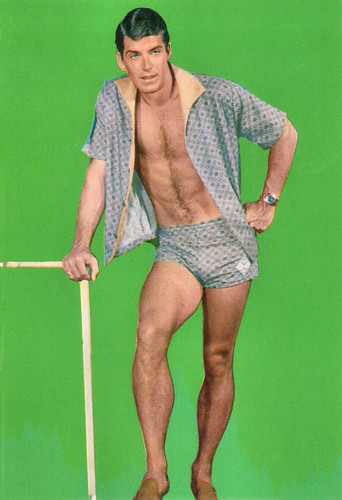 In 1959, Warner Brothers had a keen eye for photogenic hunks like Van Williams (1934) and smartly signed him. Fitting in perfectly, he was soon showing just how irresistible he was as a clean-cut private eye on the series Bourbon Street Beat (1959). Although the show lasted only one season, Warners carried his Kenny Madison character into the more popular adventure drama Surfside 6 (1960-1962). 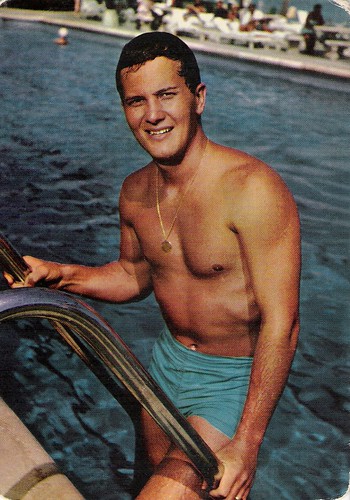 American singer and actor Pat Boone was a teen idol of the 1950s. 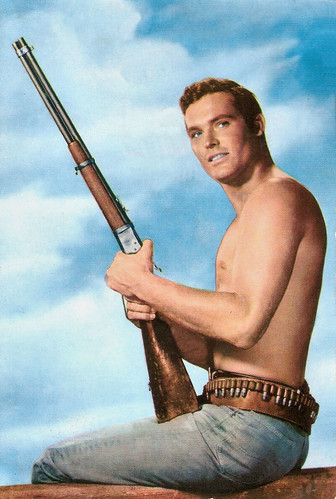 It's time to interrupt our pin-up series for some serious Hollywood beefcake. We start with Ty Hardin (1930), probably best known as TV cowboy Bronco. 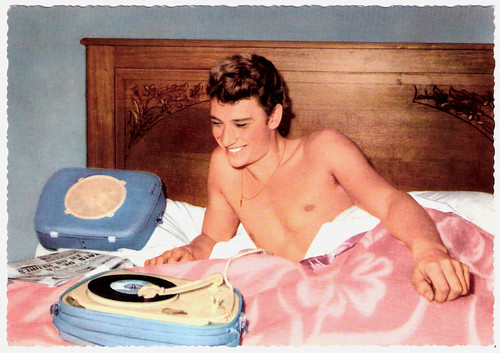 Flamboyant singer and actor Johnny Hallyday (1943) is the father of French Rock and Roll. He was a European teen idol in the 1960s with record-breaking crowds and mass hysteria, but he never became popular in the English-speaking market. In recent years he has concentrated on being an actor and appeared in more than 35 films.