‘Beau garcon’ Henri Garat (1902-1959) was a popular singer and leading man in light romances during the 1930s. As the partner of Lilian Harvey in French adaptations of her film operettas he became a big star. 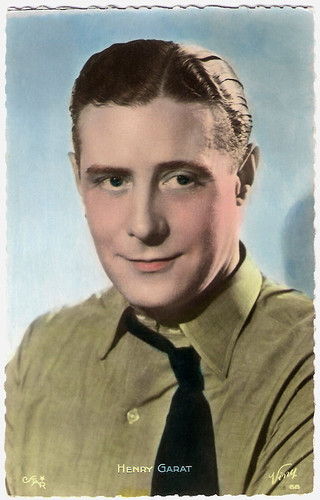 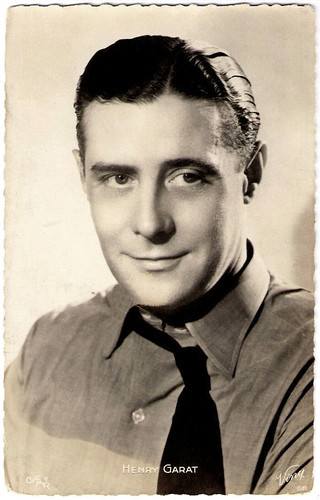 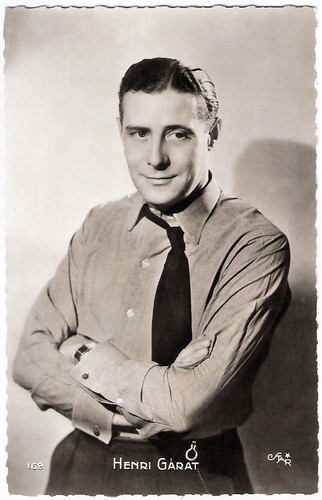 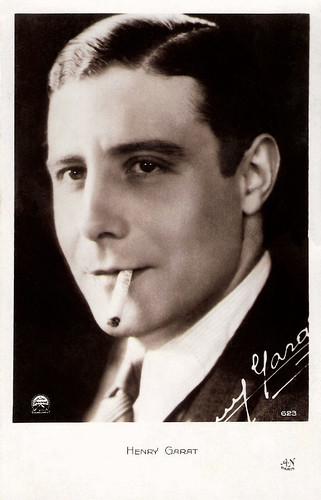 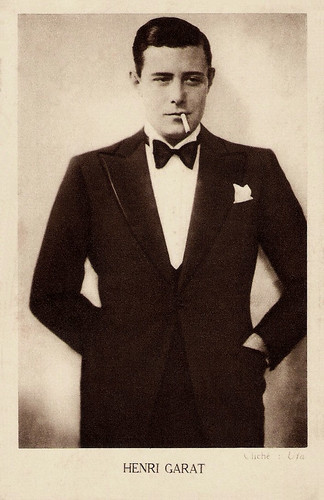 Dutch postcard by De Faam, Breda. Sent by mail in the Netherlands in 1932. Photo: Ufa. 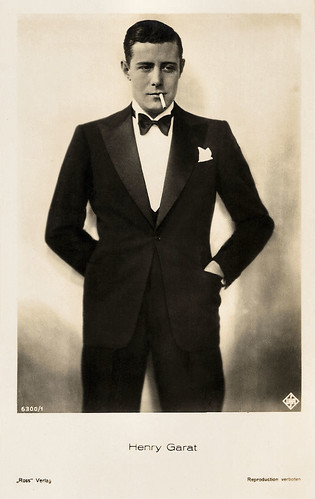 Henri (sometimes Henry) Garat was born Emile Henri Camille Garassu in Paris in 1902. He was the son of a minor actor and vaudeville performer known as Garet and the singer Césarine Lévy.

Henri began his career in 1924 as a jeune premier in music halls working with the likes of Mistinguett. In 1930 he made his first film for the Ufa, Flagrant délit/Burglars (Hanns Schwarz, Georges Tréville, 1930) starring Blanche Montel. 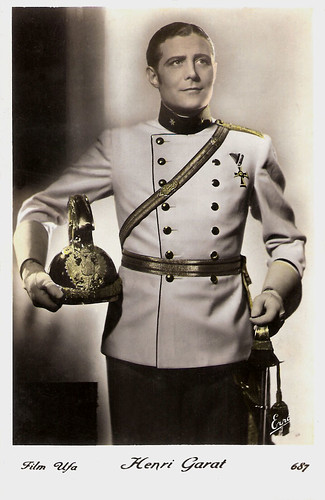 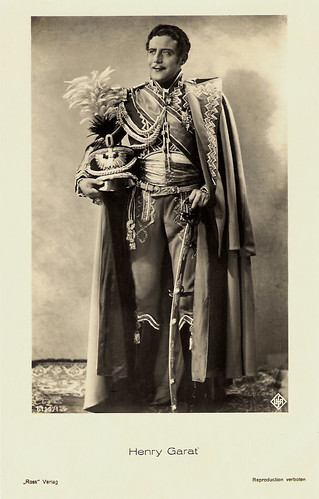 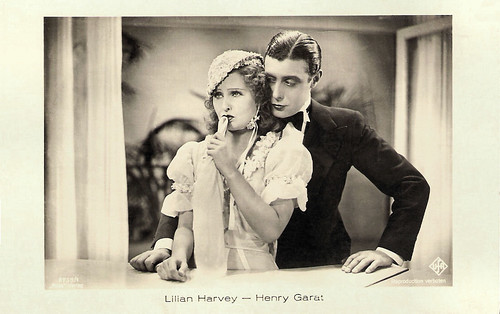 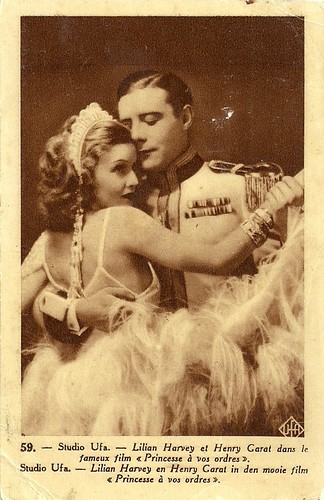 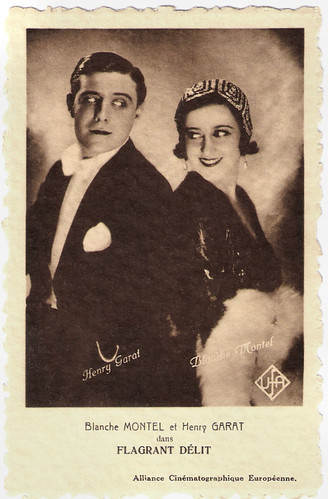 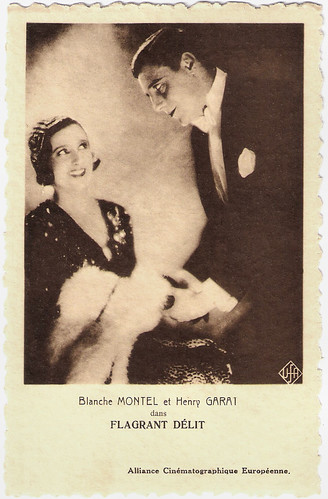 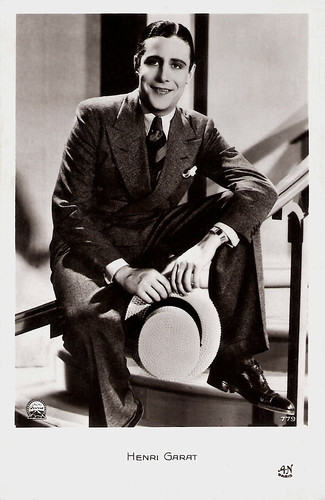 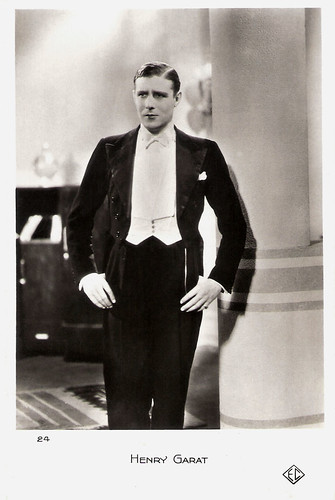 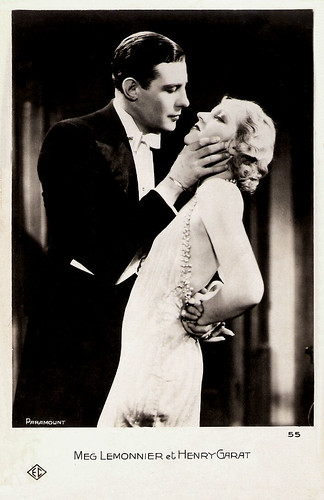 When Lilian Harvey left for Hollywood Henri Garat continued with a new partner, Meg Lemonnier, in Simone est comme ça/Simone Is Like That (Karl Anton, 1932), which became his biggest success.

He starred with Arletty in his best film, Un soir de réveillon/Christmas Eve (Karl Anton, 1933). In Hollywood he appeared with Janet Gaynor in Adorable (William Dieterle, 1933), a remake of Princesse, à vos ordres.

He returned to Paris for the Molière adaptation Les dieux s'amusent/Amphitryon (Reinhold Schünzel, Albert Valentin, 1935). In 1936 he made another comedy with Lilian Harvey, Les gais lurons/Lucky Kids (Paul Martin, Jacques Natanson, 1936), but his next films were less popular than they used to be.

At the end of the 1930s Garat started to consummate cocaine and his career declined further. His extravagances (a yacht, an aeroplane, a castle) and his divorces ruined him. His next films failed and he suffered a serious depression. In 1944 he left for Switzerland for a long period of rehab.

In 1947 he tried to make a come-back to no avail and also in the 1950s he tried several times to return in the spotlights, but sadly nobody was interested anymore in the former jeune premier. Henri Garat died in 1959 in Hyères, France, at the age of 57. He had been married four times. His wives were Betty Rowe, Marie Tchernycheff, Jacqueline Nigon, and Anna Luginbuhl. With Luginbuhl he had a son. 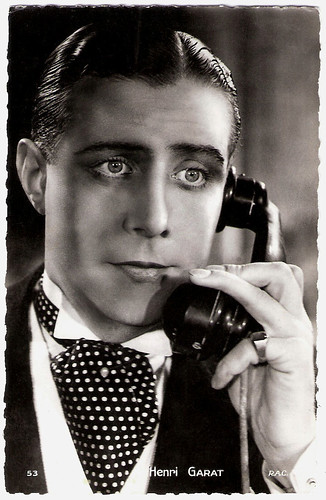 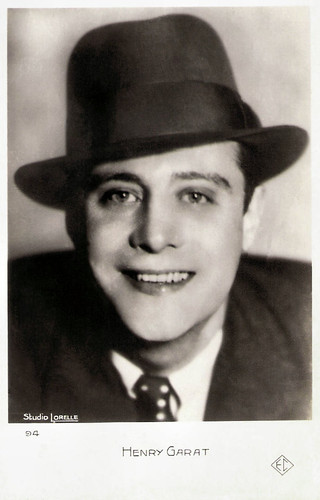 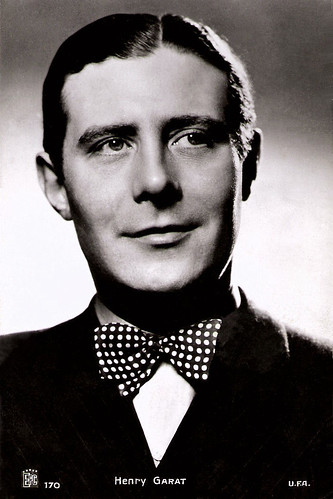 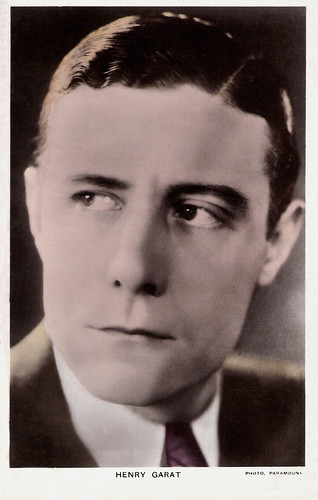 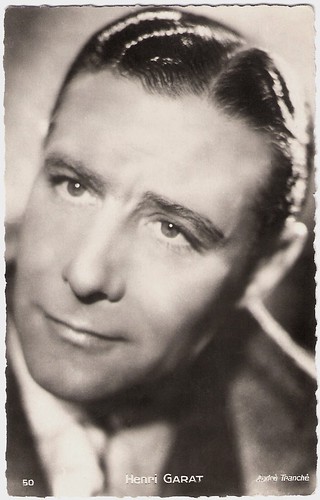 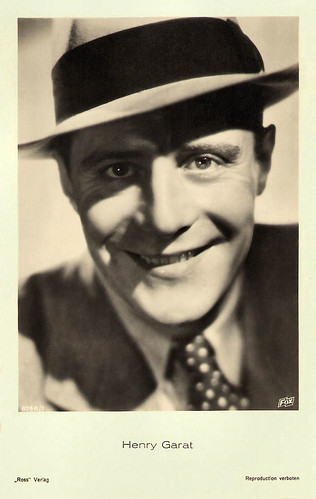 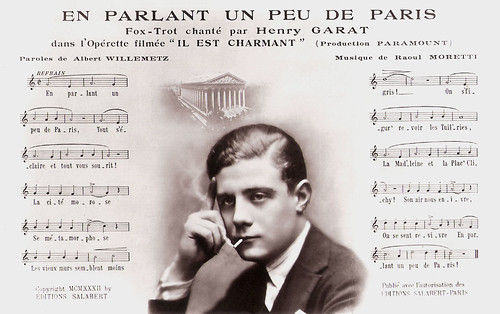 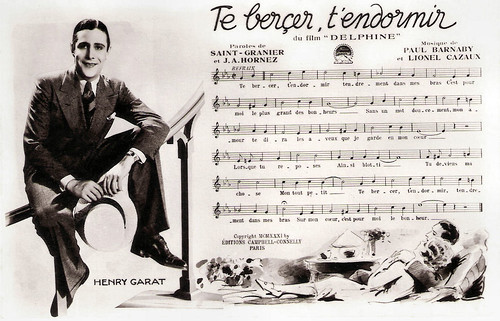