Yesterday, actress Ruth Leuwerik passed away. In the 1950s she and co-star O.W. Fischer were Germany's favourite couple. The German box office queen played Maria in Die Trapp-Familie (1956), the original version of The Sound of Music. She was 91. 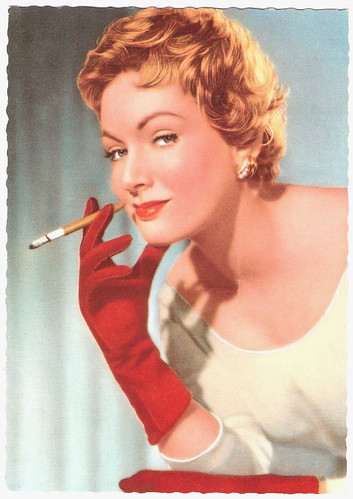 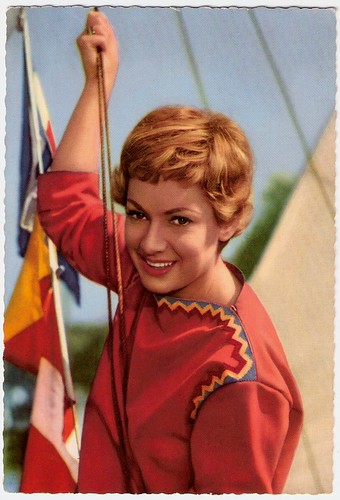 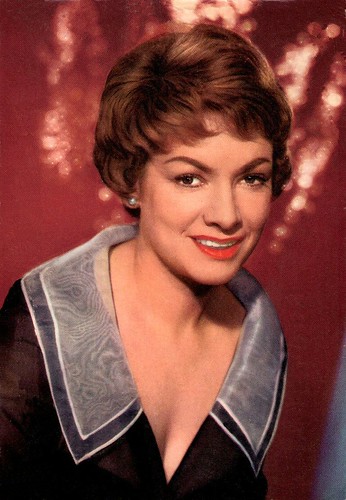 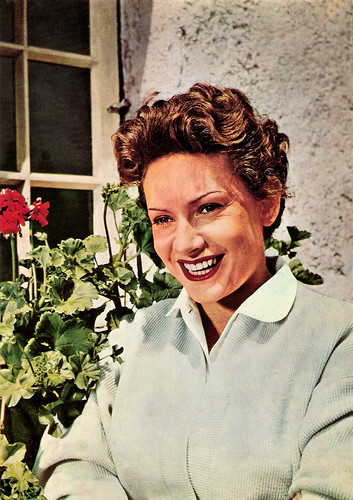 Ruth Leuwerik was born in Essen, Germany, in 1924. She made her stage debut during the war with the touring company of the Landestheaters Münster.

Her film career started with a supporting role in 13 unter einem Hut/13 Under a Hat (Johannes Meyer, 1950), but the film was not a hit.

When she was introduced to film actor Dieter Borsche, he made her his leading lady in Vater braucht eine Frau/Father Needs A Woman (Harald Braun, 1952).

In 1953 she had her definitive breakthrough with four films. In the romantic melodrama Ein Herz spielt falsch/A Heart's Foul Play (Rudolf Jugert, 1953) she played for the first time with O.W. Fischer. They became the beloved Traumpaar (Dream couple) of the German public.

In Königliche Hoheit/His Royal Highness (Harald Braun, 1953) she was an American heiress raised in Europe, who falls in love with a handsome but shy German prince (Dieter Borsche). The story was adapted from a novel by Thomas Mann, who was pleased with the film version. 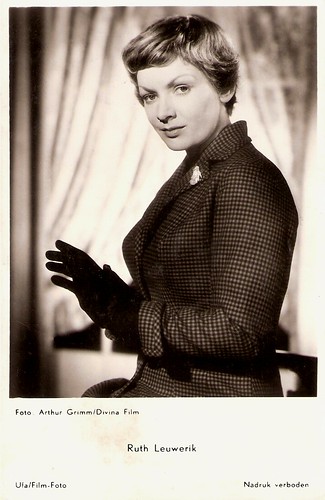 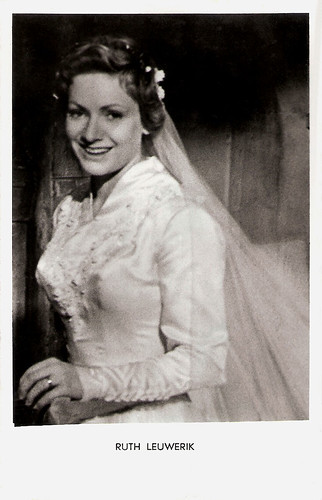 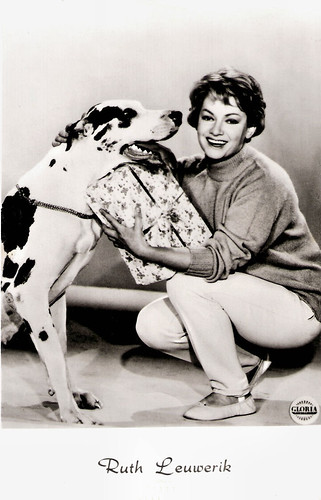 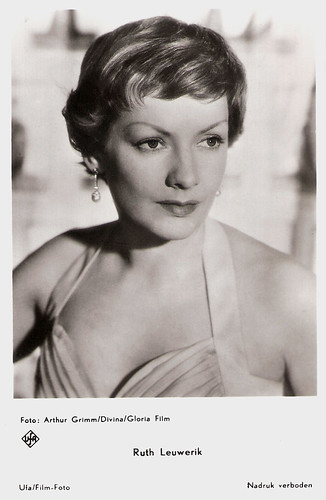 Ruth Leuwerik played in many costume pictures, including Ludwig II/Mad Emperor: Ludwig II (Helmut Käutner, 1955) as Elisabeth of Austria with O.W. Fischer as her nephew Ludwig II, and Rosen im Herbst/Roses in the Autumn (Rudolf Jugert, 1955), based on Theodor Fontane’s Effi Briest. It seemed to become her trademark.

At IMDb, Maurice de Saxe writes about Die Trapp-Familie: "Largely forgotten today, the pic holds up quite well. The story is not too exciting, there's nothing that might offend blue-noses and all takes place against an pastoral background of green meadows and snow-capped mountains. Ruth Leuwerik does what she can with the wafer-thin part and her warmth and natural beauty prevent the whole thing form being too syrupy."

Together with the box office success of the war camp drama Taiga (Wolfgang Liebeneiner, 1958) these films made her the most popular German film star of the late 1950s. She was beloved by female filmgoers, because of her independent, professionally successful characters.

In the 1960s her film popularity waned. The well-intended but somewhat muddled Die Rote/Redhead (Helmut Käutner, 1962) sealed her fate as box-office cyanide after a string of flops. But according to reviewer Jan de Witt at IMDb her performance in this film is "very subtle, giving the over-complicated story its little coherence."

After this film she started to work mainly for TV, including guest appearances in the Krimi series Derrick (1978-1983). Her last film was Unordnung und Fruehes Leid/Disorder And Early Torment (Frans Seitz, 1977) with Martin Held.

Among her many awards are the Filmband in Gold in 1974 and the Großen Verdienstkreuz der Bundesrepublik Deutschland (Germany's Cross of merit) in 1980. 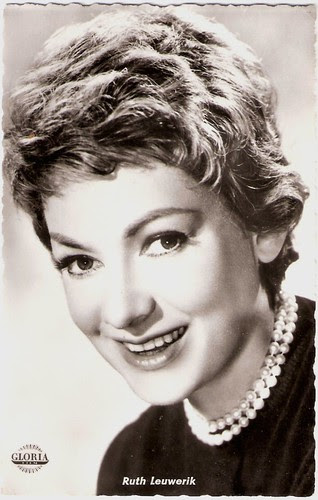 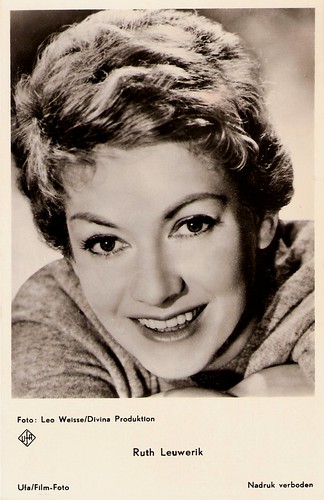 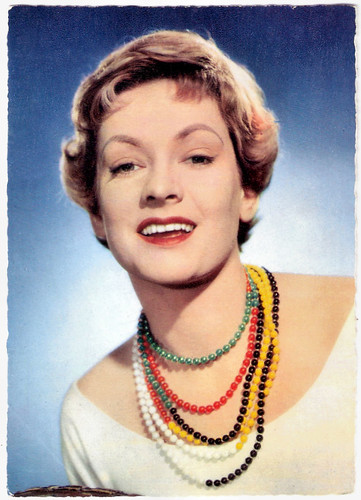 i'm ashamed to say that i didn't know there WAS an "original version" of The Sound of Music called Die Trapp-Familie! once again, i've learned something new here...

I had no idea there was an earlier original version of the Sound of Music. Thank you for sharing this--and for all your research. I think you are amazing.

I like this lady's strong jawline. She has a strength about her which I admire.

Such beautiful people in your posts. I watched the clip but, of course, did not know what they were saying. Still enjoyed seeing the actors. If I were ten or even five years younger, I probably would take advantage of Hannah's being in Africa to go there. It's kind of beyond me now to take such a long trip. However, I am sure both her sisters and parents will probably make the trip sometime over the next two years. Happy PFF Bob! Carol