Elegant Alfred Abel (1879-1937) is best known as the industrial Joh. Fredersen in Fritz Lang's silent masterpiece Metropolis (1926). Abel played in over 140 silent and sound films between 1913 and 1938, and also worked as a director and producer. 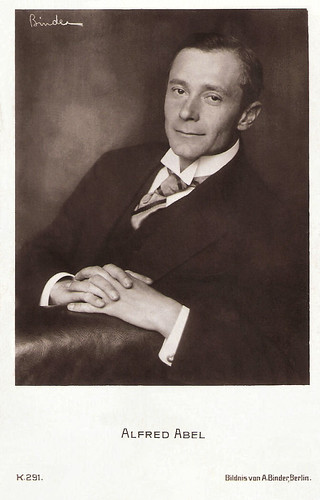 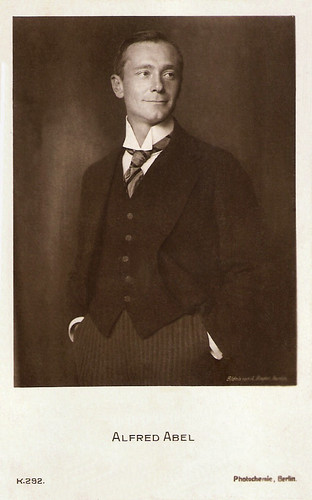 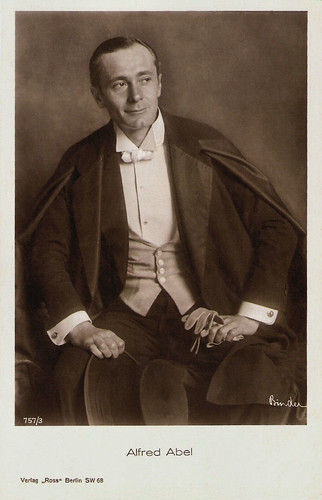 Alfred Peter Abel was born in Leipzig in the German empire in 1879. He was the son of a travelling salesman, Louis Abel, and his wife, Anna Maria Selma. He studied to be a forester, a gardener and a businessman before he attended private acting classes.

After making his stage debut in Luzern (Lucerne), Switzerland, he moved to the Baranowsky Theater in Berlin under the direction of Max Reinhardt. He quickly gained fame and was called to do several other acting jobs. Abel garnered international success with his guest performance at the Irving Place Theatre in New York City. In 1904 he joined Max Reinhardt's Deutsches Theater in Berlin, where he stayed for the next ten years.

At age 33, he made his film debut in Eine venezianische Nacht/One Night in Venice (Max Reinhardt, 1913) opposite Maria Carmi. That was the start of an extensive career in the German silent cinema.

He played for genius directors such as Ernst Lubitsch, Friedrich Wilhelm Murnau, and Fritz Lang, and appeared opposite the great stars of the Weimar cinema: Asta Nielsen, Henny Porten and Pola Negri.

In particular his role as the arrogant industrial Joh. Fredersen in the SF-classic Metropolis (Fritz Lang, 1926) is unforgettable. As Fredersen he was the leader of the metropolis. 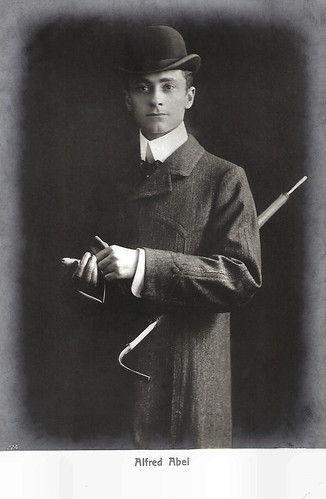 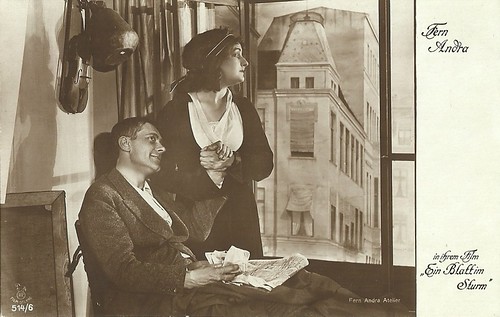 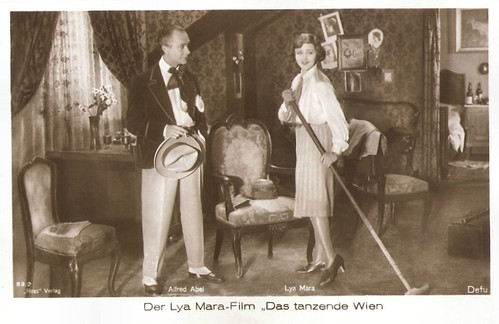 German postcard by Ross Verlag, no. 647/9. Photo: Karl Schenker. Caption: Alfred Abel as 'Voltaire, the genial friend of Frederick [the Great]'. NB Alfred Abel is not listed as playing Voltaire in any of the Frederick the Great films, but the back of this postcard states this is for the Fridericus Rex series (1922-1923) by Arzén von Cserépy for Cserepy Film Co.

Alfred Abel was known for his restrained performances, expressing cropped up emotions and tensions, quite the contrary of stage acting. Although he was a trained stage actor, he understood well that film acting was something different. When sound film came in, Abel easily switched to talking roles.

During the sound era, he played in films by Detlef Sierck (aka Douglas Sirk), Paul Martin, Reinhold Schünzel and Anatole Litvak.

Abel also played the lead in Mary (1931), the German version of Alfred Hitchcock's Murder (1930). Hitchcock later told Francois Truffaut (in his book Hitchcock on Hitchcock) that Mary featured 'things we did for the first time': stream of consciousness, play in the play a la Hamlet, references to transvestism and even hints at (veiled) homosexuality, which was a 'crime' in Great Britain as it was in Germany at the time. 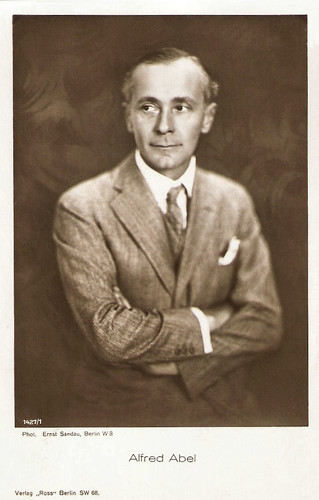 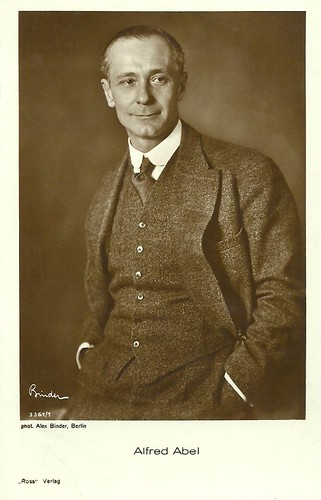 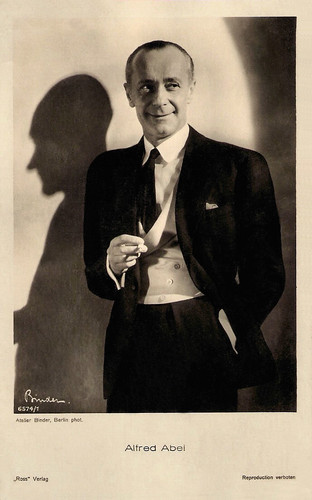 Alfred Abel had the reputation in Berlin to be one of the best-dressed men and he gladly gave his opinion about fashion. He became more and restricted to the role type of elegant, intelligent gentlemen and aristocrats and he tried to counterbalance this with satirical gestures, for instance, in Hofkonzert/The Court Concert (Detlev Sierck, 1936) with Marta Eggerth.

In the early 1920's, Abel had tried film direction and created the production company Artifex Film. His directorial debut Der Streik der Diebe/The Strike of the Thieves (Alfred Abel, 1921) flopped, but in 1929 he tried it again with Narkose/Narcosis (Alfred Abel, 1929).

Abel was married to Elizabeth Seidel with whom he had one daughter actress Ursula Abel. In 1935, the Nazi regime prohibited Ursula in 1935 from appearing in subsequent films after she failed to produce ancestry papers (Ariernachweis) for her father to prove he was not of Jewish descent.

After battling a long illness, Alfred Abel died in 1937 in Berlin. Abel’s final film role was as Daffinger in Frau Sylvelin (Herbert Maisch, 1938), which was not released until after his death.

That scene from "Phantom" is amazing.

German cinema of this period is fascinating; on so many levels.

Thank you for sharing this.

Thanks. I am a big fan of F.W. Murnau, and in my opinion Phantom is one of his masterpieces. Because of the inventive camera work but also because of the fine performance of Alfred Abel.