Georges (or George) Rigaud (1905-1984) was a noted Argentine film actor, who started his career in the French cinema of the 1930s. His best known film is René Clair’s classic comedy Quatorze Juillet (1932). Rigaud also played in Italian, American, Argentine and Spanish films. Between 1932 and 1981, he appeared in 194 films. 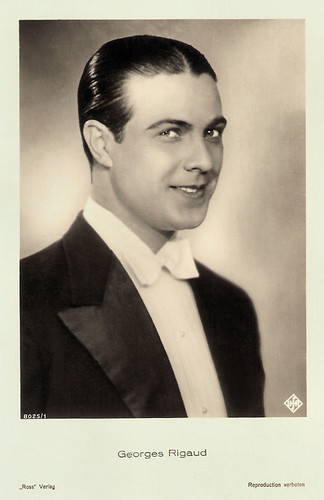 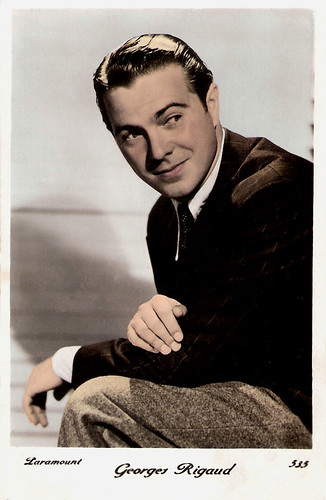 Georges (or George) Rigaud was born Pedro Jorge Rigato Delissetche in Buenos Aires, Argentina, in 1905. In 1931, he moved to France, where he made his film debut with a bit part in Grains de beauté/Beauty Spot (Pierre Caron, Léonce Perret, 1932). That same year he played a bigger role in the crime film Fantômas (Pál Fejös, 1932), starring Jean Galland.

His best known film is René Clair’s classic comedy Quatorze Juillet (1932). Hal Erickson at AllMovie: “Quatorze Juliet translates to "July 14th"--and if you know your French history, you'll know that July 14th is Bastille Day. This Rene Clair film deals not with the tumultuous events of the French Revolution, but with a 1932 celebration of that particular French holiday. The hero, George Rigaud, is a Parisian cabdriver; the heroine, Annabella, is a flower peddler. As the Bastille Day festivities stretch on into the night, the young lovers come in contact with several of Paris' more eccentric citizens. Director Clair felt that Quatorze Juliet was better in parts than in sum total; modern audiences will most likely enjoy the film as a whole, excusing the weaknesses of its structure while revelling in its music and atmosphere.”

The following year, Rigaud starred opposite Renate Müller in the comedy Idylle au Caire (Claude Heymann, Reinhold Schünzel, 1933). It was an alternate language version of the Ufa production Saison in Kairo/Season in Cairo (Reinhold Schünzel, 1933). He then starred in the historical drama Une histoire d'amour/A Love Story (Max Ophüls, 1933), based on Arthur Schnitzler's play Liebelei about a musician's daughter in 1890s Imperial Vienna who falls in love with a young army officer, only for him to be killed in a duel. It is a French-language version of Liebelei (Max Ophüls, 1933).

Popular was also the drama Nitchevo (Jacques de Baroncelli, 1936) starring Harry Baur, which is a remake of the 1926 silent film of the same name. Less successful was the musical La vie parisienne/Parisian Life (Robert Siodmak, 1936) starring Max Dearly, Conchita Montenegro and Rigaud, and based on the opera La vie parisienne. The production caused financial problems for its company, Nero Film, run by the émigré producer Seymour Nebenzal. 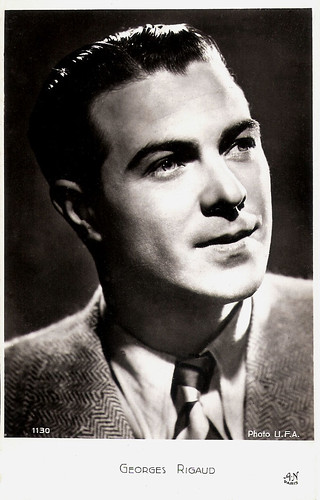 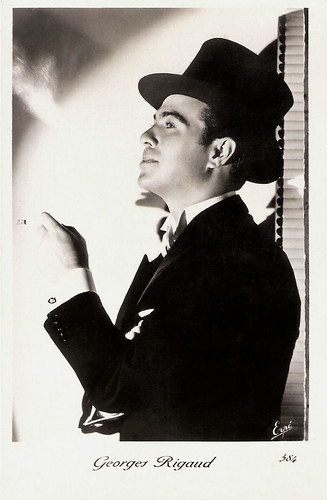 In Italy, Georges Rigaud starred opposite Corinne Luchaire in the drama Abbandono (Mario Mattoli, 1940). Then followed a short period in Hollywood, where he appeared in Paris Underground (Gregory Ratoff, 1945), Masquerade in Mexico (Mitchell Leisen, 1945), and the Film Noir I Walk Alone (Byron Haskin, 1948) starring Burt Lancaster.

After this he returned to Argentina, and co-starred with Zully Moreno in the thriller La trampa/The Trap (Carlos Hugo Christensen, 1949). He had a supporting part in Sangre negra/Native Son (Pierre Chenal, 1951).

His parts were now mostly supporting roles. He worked in Italy where he appeared in the Peplum Il Colosso di Rodi/The Colossus of Rhodes (1961), directed by Sergio Leone, and starring Rory Calhoun. In Hollywood he played in the flop The Happy Thieves (George Marshall, 1961), a crime/comedy-drama film starring Rex Harrison and Rita Hayworth. And in France he had a part in the Alain Delon vehicle La Tulipe noire/The Black Tulip (Christian-Jacque, 1964). 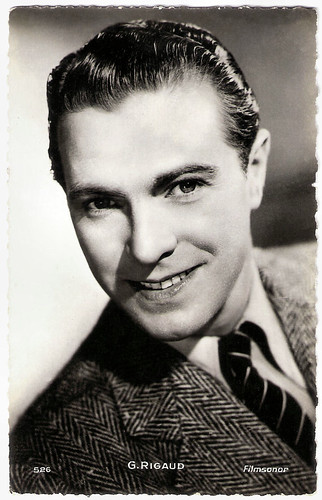 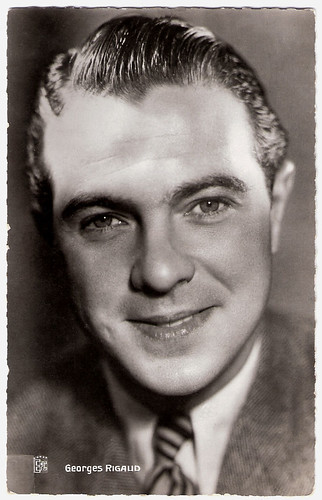