Tatyana Konyukhova (1931) is one of the great actresses of the Russian cinema. She started her film career in the 1950s and was still active in the 1990s. 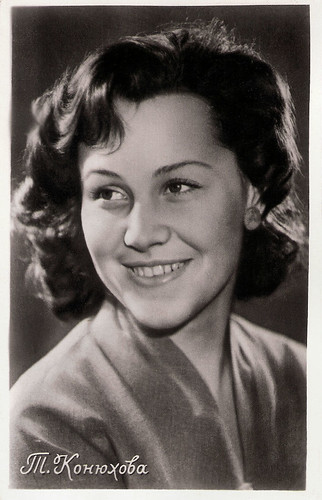 The Boys from Leningrad

Tatyana Georgiyevna Konyukhova was born in Tashkent, Soviet Union (now Uzbekistan) in 1931. Her film career made a jump start after her debut in Mayskaya Noch, Ili Utoplennitsa/A May Night, or the Drowned Maiden (Aleksandr Rau, 1952). Her second film, Sudba Mariny/Marina’s Destiny (Viktor Ivchenko, Isaak Shmaruk, 1953) was in 1954 nominated for the Grand Prize of the Cannes Film Festival.

Her next film was the successful comedy Zapasnoy igrok/The Boys from Leningrad (Semyon Timoshenko, 1954) about three brothers who are playing for one team in a National Soccer Competition. Tatyana played a beautiful girl for whom one of the brothers loses his heart and his confidence just before the final game.

In the 1960s Tatyana Konyukhova went on playing in both film comedies and dramas steadily. Karera Dimy Gorina/Dima Gorin's Career (1961) was a comedy by Frunze Dovlatyan and Lev Mirsky. Zhenitba Balzaminova/The Marriage of Balzaminov (Konstantin Voynov, 1965) was an excellent grotesque about Russian life in the 19th century. The story about a poor clerk searching for a rich wife was based on the plays by Aleksandr Ostrovsky.

Also interesting was the stunning and disturbing anti-war film Csillagosok, katonák/The Red and the White (1967), directed by Hungarian director Miklós Jancsó. It tells the tale of a Hungarian unit that during the civil war supports the Red Army against the counter-revolutionary White army on the banks of the Volga. 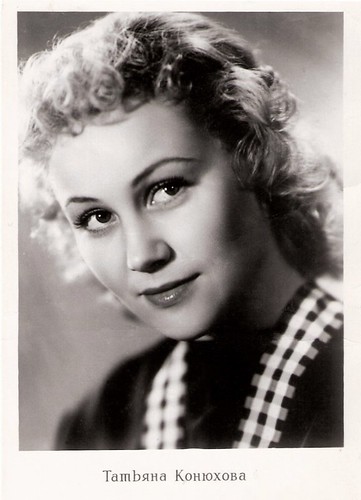 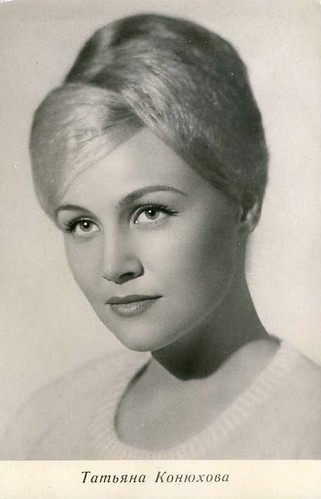 After a hiatus of ten years Tatyana Konyukhova made a come-back playing herself in the Oscar winning Moskva slezam ne verit/Moscow Doesn’t Believe in Tears (Vladimir Menshov, 1980), and in supporting parts in the Bulgarian drama S podelena lyubov/With Shared Love (Sergei Mikaelyan, 1980), and the romance Portret zheny khudozhnika/Portrait of the Artist's Wife (Aleksandr Pankratov, 1981.

Moscow Doesn’t Believe in Tears won the Academy Award for Best Foreign Film. It is an enchanting drama of three women struggling to establish themselves in Moscow. The film follows their resourceful pursuit of professional and domestic bliss in 1958, then skips forward twenty years to see just how many of their dreams have come true.

Some ten more films followed in the 1980s and 1990s. Her more recent films were Nostalgiya po budushemu/Longing for the future (Sergei Tarasov, 2008) about how the economical, mental, political and social attitudes of middle class Russian people have changed over the years, and the family film Zolotaya rybka v gorode N/The Goldfish in City N (Stepan Puchinyan, 2011). Her most recent TV appearance was in the TV-series Printsessa i nishchenka (Stanislav Dremov, 2009).

On IMDb reviewer Lalit Rao commented on Nostalgiya po budushemu/Longing for the future: "Veteran Russian director Sergei Tarasov's film is fairly neutral as far as its political view point is concerned. It is neither critical of communism nor overtly applauds capitalism."

Source: All Movie Guide and IMDb.