Tall and handsome Thierry Lhermitte (1952) is one of France's most popular actors, writers, and producers, best known for his roles in comedies. In the 1970s, he was one of the founders of the comedy troupe Le Splendid. The group scored major successes with films such as Les Bronzés (1978). Later L’Hermitte had a phenomenal success in France with his comedies Les Ripoux (1984) and Le Dîner de Cons (1998). 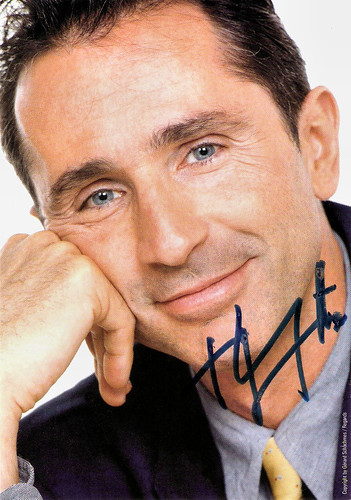 
Thierry Michel Lhermitte was born in Boulogne-Billancourt, France, in 1952. He was a founder of the comedy troupe Le Splendid in the 1970s, along with Christian Clavier, Gérard Jugnot, Michel Blanc, Josiane Balasko and others.

While he had major successes with Le Splendid in their café-théâtre, he continued to play small parts in interesting films like the dramas F comme Fairbanks (Maurice Dugowson, 1976|) starring Patrick Dewaere, and Des enfants gates/Spoiled Children (Bertrand Tavernier, 1977) with Michel Piccoli.

L’Hermitte had his breakthrough in the cinema with the comedy Les Bronzés/French Fried Vacation (Patrice Leconte, 1978). The film satirises life at holiday resorts such as Club Med. The troupe of Le Splendid, Josiane Balasko, Michel Blanc, Marie-Anne Chazel, Gérard Jugnot, Christian Clavier and L’Hermitte had written and created together the play Amours, Coquillages et Crustacés on which the scenario for Les Bronzés was based, 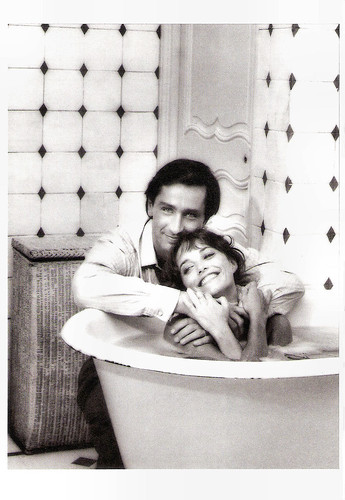 He starred in another filmed Splendid success, Le Père Noël est une ordure/Santa Claus Is a Stinker (Jean-Marie Poiré, 1982). He played Pierre, a stuffy, self-righteous volunteer at a telephone helpline for depressed people who is stuck with his well-meaning but naive co-worker Thérèse (Anémone), with the Christmas Eve shift in the Paris office, much to their displeasure.

L’Hermitte also appeared in the American romantic drama Until September (Richard Marquand, 1984), in which he played a French banker who falls in love with an American tourist (Karen Allen) in Paris. In Les Rois du gag (Claude Zidi, 1985), he and Gérard Jugnot played two gagmen without fame who are hired by a famous television comic (Michel Serrault). And in Les 1001 Nuits/One Thousand and One Nights (Philippe de Broca, 1990) he co-starred as the evil king opposite Catherine Zeta-Jones as Sheherazade. 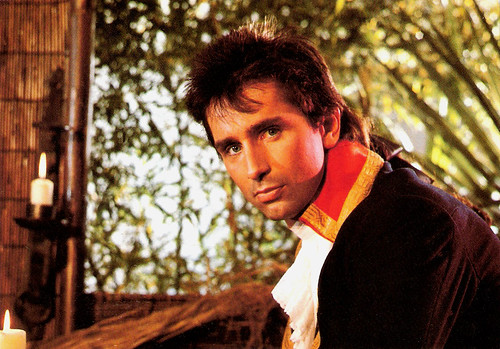 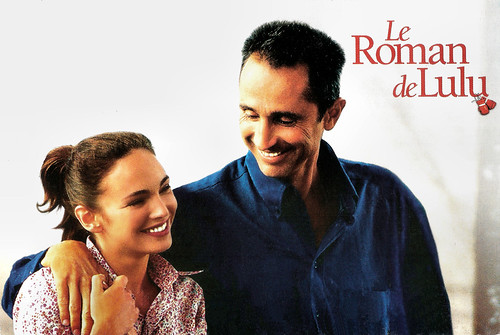 
Thierry L’Hermitte followed in the footsteps of Terence Hill as the partner of Bud Spencer in Un piede in paradise/Speaking of the Devil (Enzo Barboni, 1991). That year, he also starred in the French comedy La Totale! (Claude Zidi, 1991), which would be the basis for the action comedy True Lies (James Cameron, 1994) with Arnold Schwarzenegger.

A bigger success was Le Dîner de Cons/The Dinner Game (Francis Veber, 1998). This witty comedy of manners featured L’Hermitte as an arrogant publisher who is put in his place by the seemingly moronic man (Jacques Villeret) which he has invited to his weekly dinner of idiots. The film was honoured at the 1999 César Awards with six nominations of which it won three and was a phenomenal hit with audiences.

In the new century, he steadily appeared in films and continued to work as a screenwriter and producer. His later films include Le Divorce (James Ivory, 2003), L'Ex-femme de ma vie/The Ex-Wife of My Life (Josiane Balasko, 2005) and Quai d'Orsay/The French Minister (Bertrand Tavernier, 2013). Recently, he also starred in the popular TV series Les Témoins/Witnesses (2014) by Marc Herpoux and Hervé Hadmar.

Thierry Lhermitte received several honours and awards, including the Prix Jean Gabin (1981), Chevalier of the Légion d'honneur (2001) and Officier of the Ordre national du Mérite (2005). He and his wife Hélène Lhermitte have three children, Victor Lhermitte, Louise Lhermitte and Astree Lhermitte-Soka.