Last Wednesday, 30 March 2016, Hungarian Actress Marianne Krencsey died. She starred in some of the classics of the Hungarian cinema of the 1950s, like her debut film Liliomfi/Lily Boy (Karoly Makk, 1954), Bolond április/Summer Clouds (Zoltán Fábri, 1957) and Fapados szerelem/Discount love (Félix Máriássy, 1960). Marianne Krencsey stopped making films in 1966, after she left Hungary. She passed away in New York, at the age of 84. 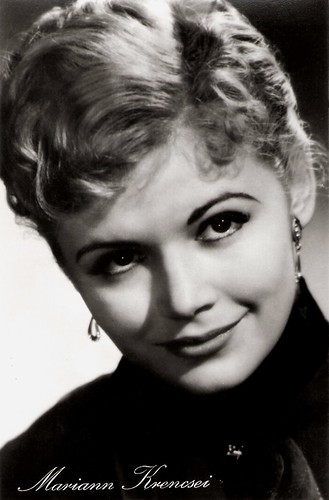 Marianne Krencsey was born in Rákoscsaba (now Budapest), Hungary in 1931. Her parents were Vilmos Krencsey and Anna Lackner. Her father was from an old noble family.

Krencsey attended the Peter Pázmány University and studied acting and directing. In Budapest she met director Karoly Makk who offered her the female lead role opposite Iván Darvas in his film Liliomfi/Lily Boy (1954). The film was show at the 1955 Cannes Film Festival, but did not win an award. 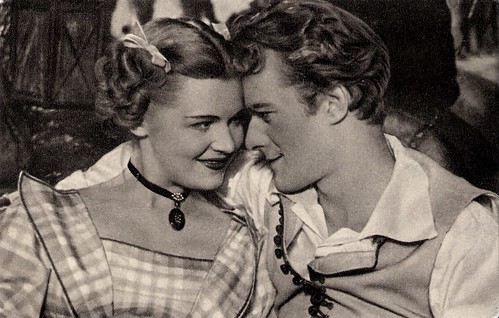 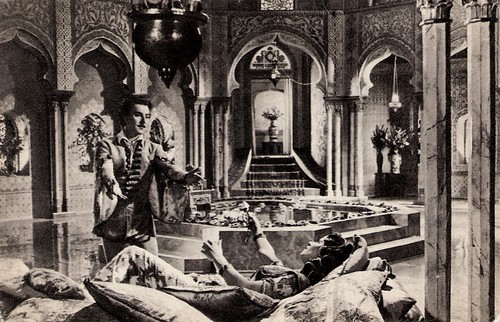 Marianne Krencsey also worked as an actress and director for the theatre. She was engaged by the Kecskemét Katona József Theatre, the Comedy Theatre, the Szolnok Szigliget Theatre and the National Theatre of Pécs.

For the first time, she appeared in an evil role in the still popular historical drama Az aranyember/The Man of Gold (Viktor Gertler, 1962). This was an adaptation of Mór Jókai's classic 19th century novel on Mihály Tímár, the captain of a commercial Danube ship in the 1830s.

In 1962, Marianne Krencsey married Gyula Nemes, a doctor-gynaecologist. She played the female lead in Meztelen diplomata/The naked diplomat (György Palásthy, 1963) and had a small part in the international coproduction Germinal (Yves Allégret, 1963) with Jean Sorel.

In 1966, Marianne and her husband left Hungary for political reasons. They travelled along London and Reykjavik to the United States and settled there permanently. The former film star worked there as a bank clerk and later in her husband's doctor's office for twenty years. In 1971 the couple received US citizenship.

In 2001, Marianne Krencsey published an auto-biography. She had a son, Vincent Nemes, and a grandson. 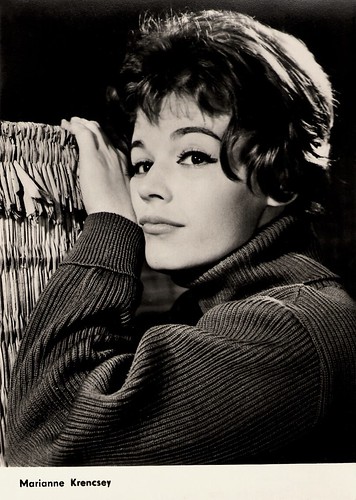 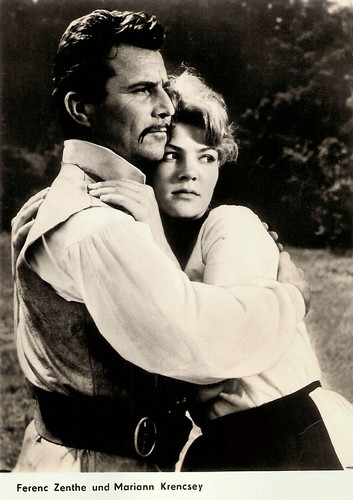