German actor Hannes Jaenicke (1960) has played in hundreds of films and TV productions, both in Germany and the USA. His best known film is probably the elevator thriller Abwärts/Out of Order (Carl Schenkel, 1984). 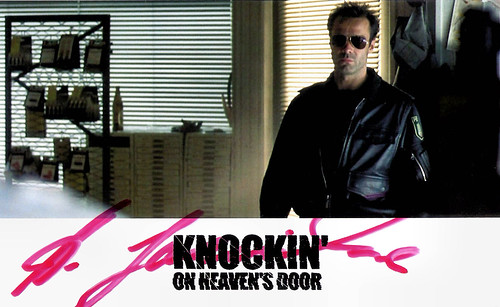 An elevator as an allegory

Hannes Jaenicke was born in Frankfurt am Main, West-Germany (now Germany), in 1960. He is the son of biochemist Rainer Jaenicke and musician Agatha Calvelli-Adorno. Soon after he was born, his family moved to Pittsburgh, Pennsylvania. They remained there until he was ten years old.

Hannes studied acting at the Max-Reinhardt-Seminar in Vienna from 1979 to 1982. He also studied at the London School of Modern Dance and worked as a dancer in the musical My Fair Lady. Between 1980 and 1989, he played 16 leading roles in different theatre productions at Burgtheater Wien, Volkstheater Wien, Schauspiel Bonn, Freie Volksbühne Berlin, Schauspiel Köln, and Festspiele Salzburg.

His first major film was the provocative thriller Abwärts/Out of Order (Carl Schenkel, 1984), about four very different people (also Götz George, Wolfgang Kieling and Renée Soutendijk) who get trapped in an elevator of an office tower. The stuck elevator served as an allegory for modern German society, and the film was received favourably by both audience and critics.

Two years later Jaenicke appeared in the drama Die Geduld der Rosa Luxemburg/Rosa Luxemburg (Margarethe von Trotta, 1986), featuring Barbara Sukowa. Luxemburg was a leader of both the German and Polish Socialist parties who advocated an anti-colonialist and pacifist stance on the issues of her day. The film and Sukowa both won the 1986 German Film Award for, and Sukowa also won the Cannes Film Festival's Best Actress Award for her performance.

Hannes Jaenicke reunited with director Carl Schenkel for Zwei Frauen/Silence like Glass (Carl Schenkel, 1989), which was made in Germany, but set in America. The film featured an American cast including Jami Gertz and George Peppard, with all English dialogue. 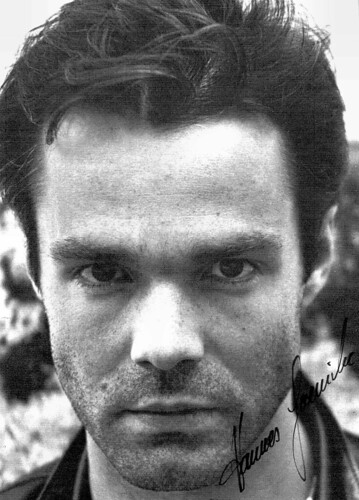 Two terminal and drunken patients on a road trip

In the 1990s, Jaenicke started to work internationally. He co-starred with an American cast in the German film Die Tigerin/The Tigress (Karin Howard, 1992). The film portrays Berlin in the 1920s and features a charismatic con-artist and his girlfriend (James Remar and Valentina Vargas) who devise a diabolic plot to con a wealthy American (George Peppard) but they end up entangled in a game of seduction and vendetta.

Jaenicke played a supporting part in the German criminal comedy Knockin' on Heaven's Door (Thomas Jahn, 1997) starring Til Schweiger and Jan Josef Liefers as two terminal patients, who leave their hospital beds, drunk and in pyjamas, and steal a Mercedes convertible for one last trip to the sea.

In between these interesting films, Jaenicke mostly had to appear in mediocre TV films. So he decided to try his luck in Hollywood, where he appeared in several B-films and TV series. 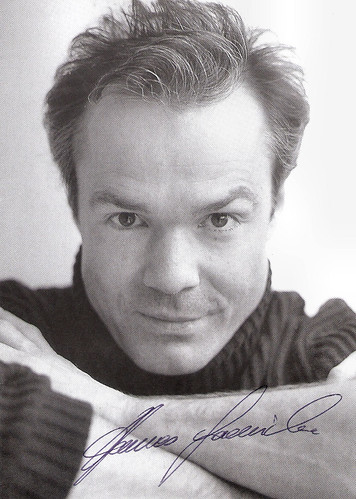 Obviously, Jaenicke’s Hollywood career went nowhere, and he returned to Germany, where he could play leading roles in TV films. Incidentally, he appears in interesting German films like Waffenstillstand/Ceasefire (Lancelot von Naso, 2009) with Matthias Habich and Thekla Reuten, and Einfach die Wahrheit/Simply the truth (Vivian Naefe, 2013).

Jaenicke wrote and produced the documentary Ihr seid Helden!/You are heroes! (Eva Gfirtner, Elisa Weiland, 2014) in which he met doctors in crisis areas. He is a passionate environmentalist and made TV documentaries about the life of endangered species such as orangutans, polar bears and sharks.

From 199 till 2001 Hannes Jaenicke was married to Nicole. He was formerly engaged to actress Tina Bordihn. Hannes Jaenicke lives in Cologne and Los Angeles. IMDb mentions various new films with Jaenicke in production, including the German buddy-comedy Männertag/Men’s Day (Holger Haase, 2016).