In the early 20th Century, dance became one of the most exciting performing arts. Les Ballets Russes, which performed between 1909 and 1929 throughout Europe and on tours to North and South America, would change global ballet forever. In Germany, Die Ausdruckstanz, the expressionistic dance, caused another revolution. Die Ausdruckstanz arose in 1900 as a protest against the artistic stagnation of classical ballet. This new dance was freer, natural and less rule-governed. It was strongly influenced by the passage of the expressionistic visual arts. Today twelve postcards from Didier Hanson's wonderful collection presenting innovating dancers who also performed in the silent cinema. 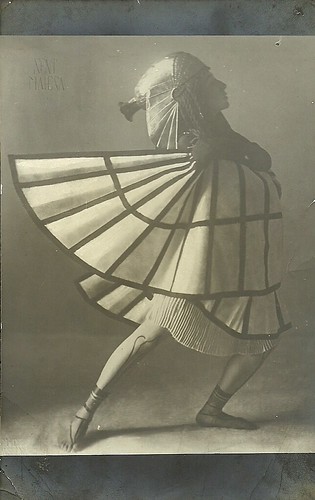 Sent M'Ahesa (1883-1970) was a famous performer of the Ausdruckstanz, the German expressionist dance. She was born as Else von Carlsberg in Riga and moved to Berlin in 1905. Her dances referred to the Egyptian antiquity and were known all over Europe. She was also known for the German silent films Die entschleierte Maja/The Naked Maja (Ludwig Beck, 1917) and Haß/Hate (Manfred Noa, 1920). 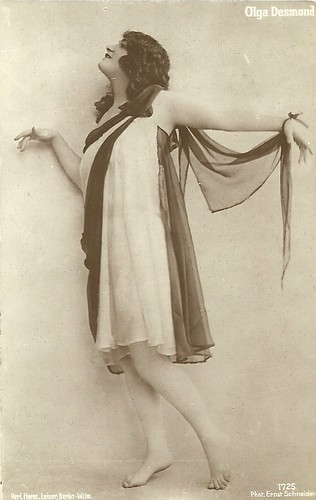 Olga Desmond (1890-1964) was a German dancer and actress. Desmond was the 'heroine of living pictures' and became one of the first to promote nudity on the stage. From 1916 through 1919 she appeared in various films. 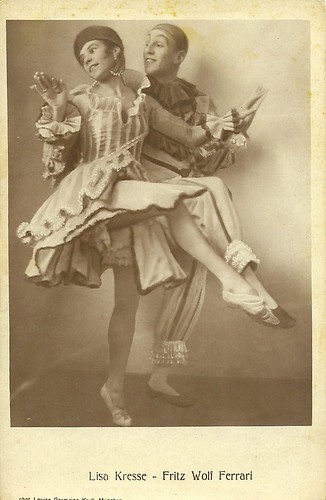 Dancer Fritz Wolf-Ferrari (1899-1971) was the son of composer and opera director Ermanno Wolf-Ferrari and soprano Clara Kilian. As Federico Wolf-Ferrari he became known as a stage director and manager. 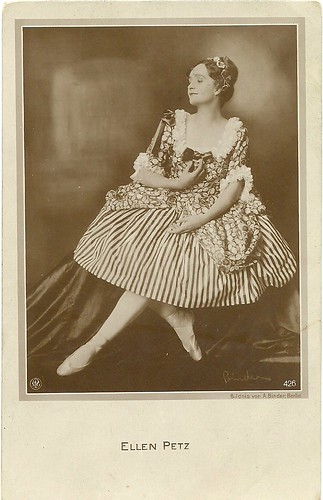 The actress and dancer Ellen Petz (1899-1970) was one of the main figures of the Ausdruckstanz in Germany. As a dancer Petz appeared on many stages. She belonged to the cofounders of the organisation Bund für Körperbildung e.V. 1917, which was dedicated to the dance. Ellen Petz also appeared in one silent film. 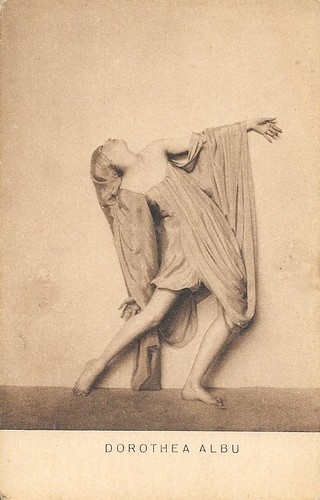 Dorothea Albu (1903-?) was one of the ballerinas of the Berlin State Opera ballet. In 1927, she danced in the film Mata Hari, die rote Tänzerin/Mata Hari: the Red Dancer (Friedrich Feher, 1927), featuring Magda Sonja. 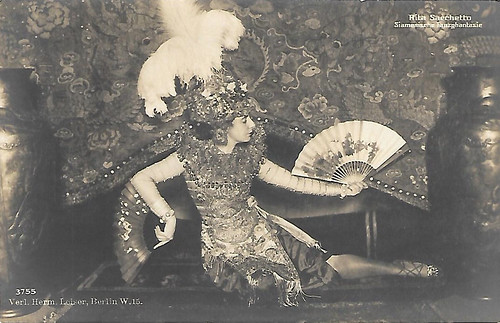 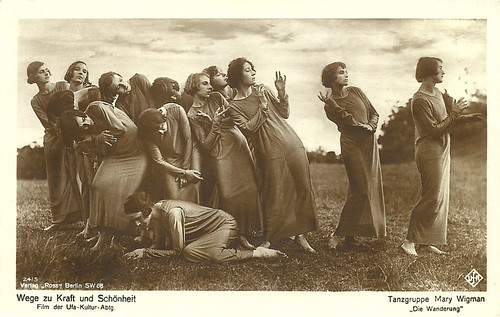 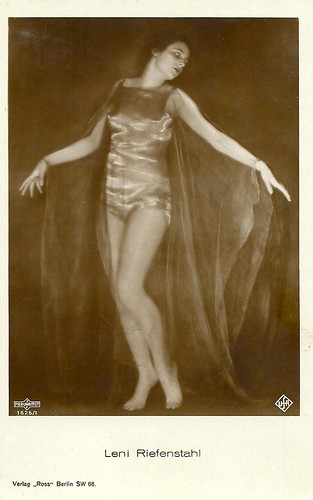 Before Leni Riefenstahl (1902-2003) started directing films, she worked as a dancer. On screen she became a star in the mountain films, directed by Arnold Fanck. 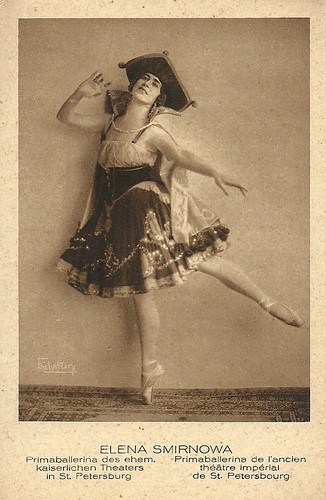 Elena Aleksandrovna Smirnowa (1888-1934) was a famous Russian ballerina. She also appeared in the Russian silent cinema, most notably in Yevgeni Bauer's Child of the Big City (1914). 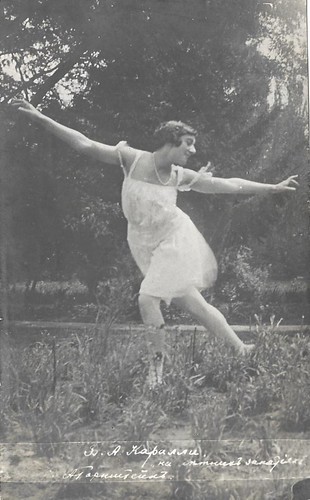 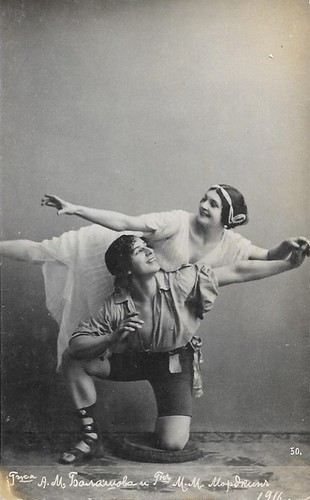 Mikhail Mordkin (1880-1944) graduated from the Bolshoi Ballet School in 1899, and in the same year was appointed ballet master. He joined Diaghilev's ballet in 1909 as a leading dancer and was appointed its director in 1917. In 1918 he appeared in the film Aziade (Joseph Soiffer, 1918). He left Russia after the October Revolution, first working in Lithuania, and finally settling in the United States in 1924. 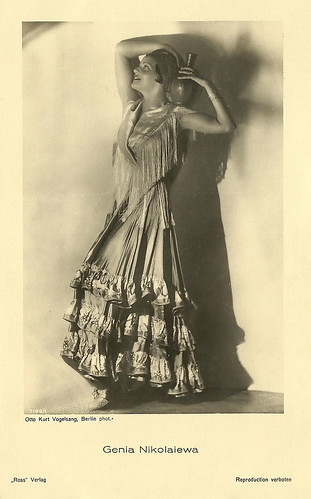 Russian-born ballet dancer and actress Genia Nikolaieva (1904–2001) danced in the ensemble of Ernst Matray, and with his company she gave guest performances in England and South America. She became one of the soloists at the Staatsoper ballet (State Opera Ballet) in Berlin and worked in the German cinema during the 1930s. In 1938 she emigrated to the United States, where she became ‘one of the most beautiful studio secretaries for Warner Bros’.

It shows that dance has always been an expression of humanity. There is something within that just needs to dance. These postcards are wonderful. Just wonderful--As always I enjoyed every postcard and the history behind them. Thank you Paul! A lovely spring to you and yours, my Friend.