Beautiful French film and stage actress Simone Renant (1911–2004) appeared in 43 films between 1932 and 1980. The elegant blonde actress is best known for her roles in Quai des Orfèvres (1947) and the original French version of Dangerous Liasions, Les liaisons dangereuses (1959). 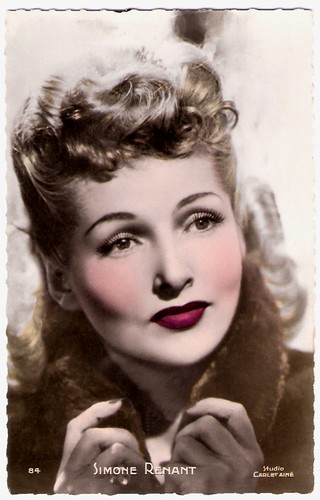 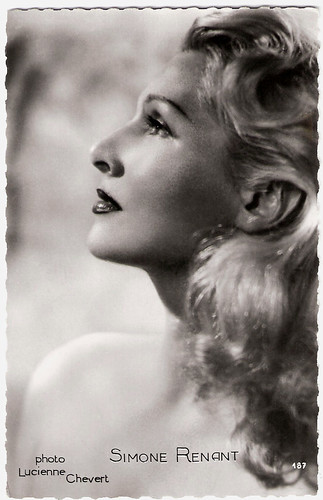 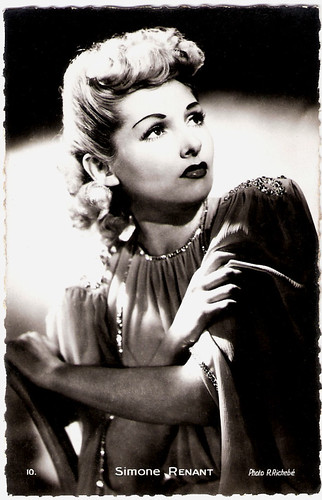 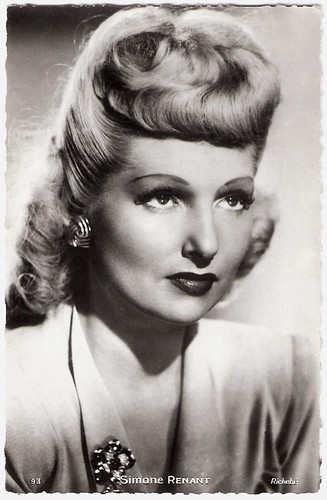 She made her stage debut at the théâtre du Vieux Colombier. The seductive and elegant Renant first appeared in the cinema with Léon Poirier in La Folle nuit/The Crazy Night (Robert Bibal, 1932).

She also proved to be a charming and spirited comedienne in Romance à trois/Romance for Three (Roger Richebé, 1942), and Domino (Roger Richebé, 1943) both with Fernand Gravey, and in the romantic fantasy La Tentation de Barbizon/The Temptation of Barbizon (Jean Stelli, 1945) starring Daniel Gélin. 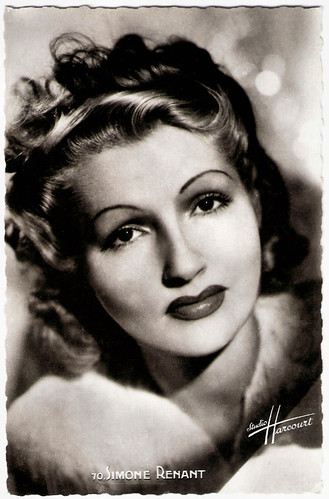 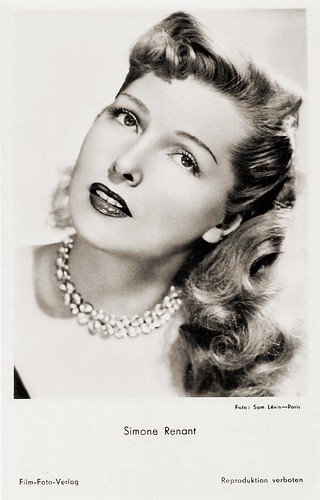 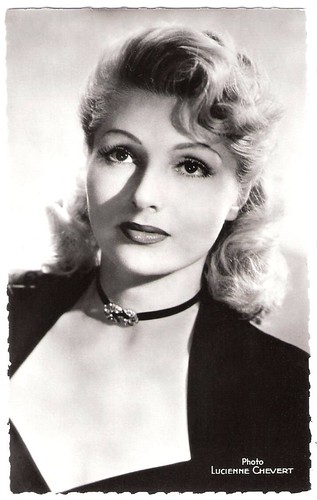 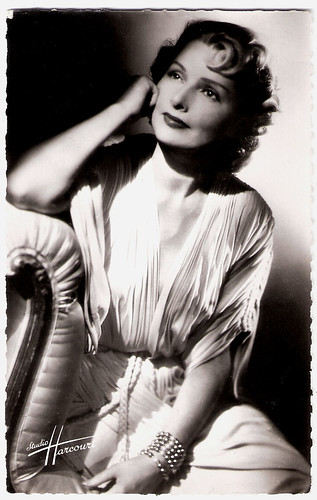 Against her image Simone Renant played an ambiguous and melancholic role in the classic thriller Quai des Orfèvres/Quay of the Goldsmiths (Henri-Georges Clouzot, 1947) opposite Suzy Delair. She plays the photographer Dora, who takes pictures of female models. In a subtle way Clouzot reveals us she's a lesbian. The police chief (Louis Jouvet) tells her: "You and me,WE are not lucky with women."

Since that beautiful performance her film appearances became rarer. She was very active in the theatre, and also appeared, though less frequently, on television.

In the cinema she appeared in Les liaisons dangereuses/Dangerous Liaisons (Roger Vadim, 1959) with Gérard Philipe and Jeanne Moreau, and she did a surprising turn as the owner of a gaming den in the Brazilian jungle in L'Homme de Rio/That Man from Rio (1963), starring Jean Paul Belmondo.

Her last film role was that of Alain Delon's mother in the thriller Trois hommes à abattre/Three Men to Destroy (Jacques Deray, 1980). On TV she last appeared in Liberté-liberté/Freedom-Freedom (Alain Dhouailly, 1983) opposite Michael Lonsdale.


Simone Renant as Lola, a woman controlling a riverside village in the heart of the Amazon, in L'Homme de Rio/That Man from Rio (1963), starring Jean Paul Belmondo. Source: shinhoshi (YouTube).

A very beautiful woman with a long and interesting life.

a plethors of postcards said...

What an incredible site! I had no idea all these postcards existed. Too bad contemporary stars aren't sending out postcards (or maybe they are?)

I had no idea that there was an oder version of that film! The things I learn here:) Happy PFF!

What a lovely elegant woman she was. I enjoy the history you include with each blog. Just fascinating. Happy PFF!

Simone has the classic beauty that was popular in the 40s.

Thanks for stopping by, dear PFF-ers. I really love those hand-tinted postcards too. I've found some more of such cards of French stars that I hope to post soon. Till next week.