Tall and elegant British actor Jeremy Irons (1948) made his name in the classic TV series Brideshead Revisited (1981) and thought provoking films such as David Cronenberg's Dead Ringers (1988) and Reversal of Fortune (1990). He became a major Hollywood star with blockbusters such as Disney's The Lion King (1994), Die Hard with a Vengeance (1995) and Kingdom of Heaven (2005). 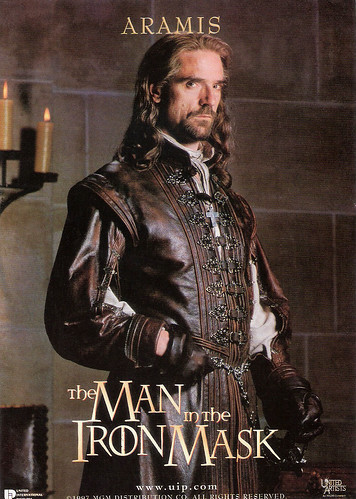 Much in demand as a romantic leading man


Jeremy John Irons was born in 1948 in Cowes, Isle of Wight, a small island just off the south coast of England. He is the son of Barbara Anne Brereton (Sharpe) and Paul Dugan Irons, an accountant.

Young Jeremy didn't prove very fond of figures. A typical islander, he used to go to mainland England only once a year. He wound up being grounded when his family settled down in Hertfordshire. At the age of 13 he enrolled in Sherborne School, Dorset, where he was happy as he could practise his favourite sport, horse-riding.

Before becoming an actor, he had considered a veterinarian surgeon's career. He trained at the Bristol Old Vic School for two years. In 1969, he joined Bristol Old Vic repertory company where he gained much experience working in everything from Shakespeare to contemporary dramas. He moved to London in 1971 and had a number of odd jobs before landing the roles of John the Baptist and Judas opposite David Essex in the hit musical Godspell (1971).

He went on to a successful early career in the West End theatre and on TV, including an adaptation of H.E. Bates' novel Love for Lydia (1977). He debuted on-screen as dancer Mikhail Fokine in the biographical film Nijinsky (Herbert Ross, 1980).

In the early 1980s, he gained international attention with his starring role as the lovelorn Charles Ryder in the TV adaptation of Evelyn Waugh's classic novel Brideshead Revisited (Charles Sturridge, Michael Lindsay-Hogg, 1981), after which he was much in demand as a romantic leading man.

Irons' first major film role came in the romantic drama The French Lieutenant's Woman (Karel Reisz, 1981), for which he received a BAFTA nomination for Best Actor. He was described as 'the thinking woman's pin up', for his lean good looks, air of faintly brooding melancholy and eloquent articulation.

In spite of all this, Irons proved to be a considerable actor in dramas such as Moonlighting (Jerzy Skolimowski, 1982), Betrayal (David Jones, 1983) with Ben Kingsley, and Cannes Palme d'Or winner The Mission (Roland Joffé, 1986) opposite Robert De Niro.

In 1984, he made his Broadway debut opposite Glenn Close in Tom Stoppard's The Real Thing for which he won Broadway's 1984 Tony Award as Best Actor. In the mid-1980s, he also appeared in three lead roles with the Royal Shakespeare Company. 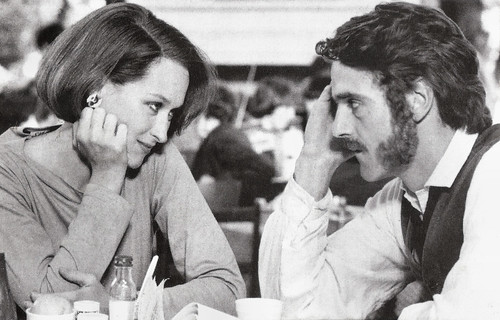 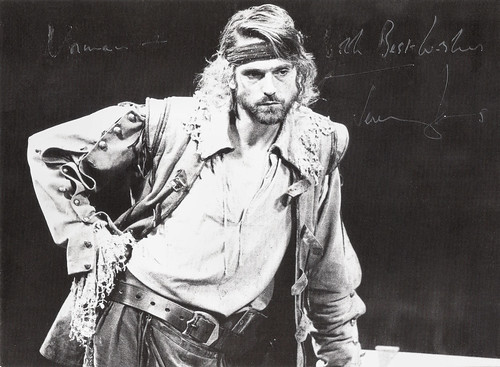 British postcard by Royal Shakespeare Company, no. 237. Photo: Donald Cooper. Publicity still for the stage production of The Rover (1986) at the Swann Theatre in Stratford-upon-Avon.


Jeremy Irons made his name with his portrayal in the dual role of insane twin gynaecologists in the thought provoking Dead Ringers (David Cronenberg, 1988), for which he won the New York Critics Best Actor Award. He then gained a Golden Globe Award in addition to an Oscar for Best Actor in 1990 for his role as Claus von Bulow in Reversal of Fortune (Barbet Schroeder, 1990) alongside Glenn Close.

In the West End, he played Professor Higgins in Loewe-Lerner's famous musical My Fair Lady in 1987. He married actress Sinéad Cusack, with whom he appeared in Waterland (1992) and in the Royal Shakespeare Company plays. He appeared with his son Samuel Irons and his father-in-law Cyril Cusack in Danny the Champion of the World (Gavin Millar, 1989), based on the 1975 novel of the same name by Roald Dahl.

Other notable films included the mystery thriller Kafka (Steven Soderbergh, 1991), the British/French film Damage (Louis Malle, 1992) with Juliette Binoche, The House of the Spirits (Bille August, 1993) based on the novel by Isabel Allende, and the romantic drama M. Butterfly (David Cronenberg, 1993).

His was the voice of Scar in Disney's animated epic musical The Lion King (Roger Allers, Rob Minkoff, 1994). Irons played Simon Gruber, the obligatory well-spoken Brit villain in the action film Die Hard with a Vengeance (John McTiernan, 1995), the third in the Die Hard film series starring Bruce Willis and the highest-grossing film at the worldwide box-office that year.

He co-starred with Al Pacino in The Merchant of Venice (2004), based on William Shakespeare's play of the same name. In the comedy-drama Being Julia (István Szabó, 2004), he co-starred with Annette Bening. In 2005, he won an Emmy award for Outstanding Supporting Actor in a Miniseries or a Movie for Elizabeth I (Tom Hooper, 2005), featuring Helen Mirren.

An international success was the epic historical drama Kingdom of Heaven (Ridley Scott, 2005), set during the Crusades of the 12th century. Other films include the British-American action-fantasy Eragon (Stefen Fangmeier, 2006), the Western Appaloosa (Ed Harris, 2008) with Viggo Mortensen, and the indie drama Margin Call (J.C. Chandor, 2011).

Jeremy Irons married twice. His first marriage in 1969 to actress Julie Hallam was soon annulled. With his second wife Sinéad Cusack he has two sons, Samuel Irons (1978), who works as a photographer, and Max Irons (1985), who is also an actor. 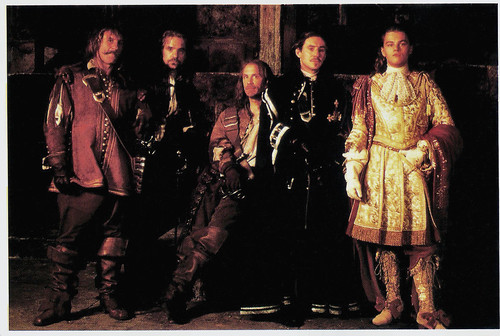