Katharina Thalbach (1954) is one of Germany's most respected stage actresses mostly working in Hamburg and Berlin. Internationally, she is best known for her part in Die Blechtrommel/The Tin Drum (1979), Volker Schlöndorf’s award-winning film adaptation of the novel by Günter Grass. She has also directed since the late 1980s. 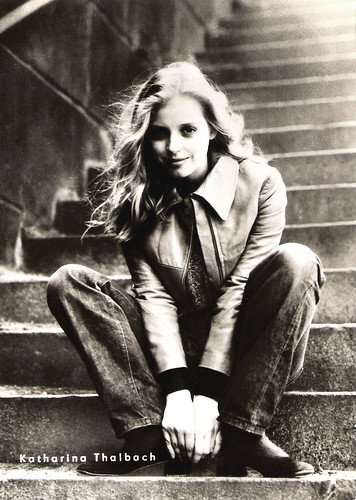 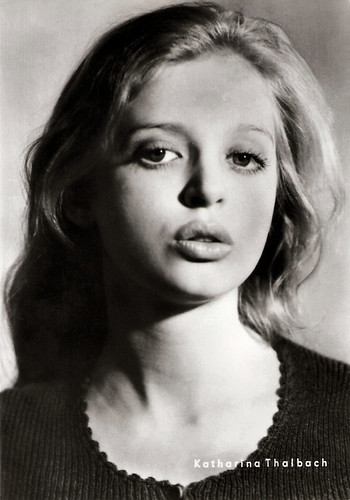 Katharina Thalbach was born in 1954 in East Berlin, East-Germany. She comes from a particularly artistically oriented family. Her father Benno Besson was a director, her mother Sabine Thalbach was an actress.

She grew up in the theatre while her mother worked for the Berliner Ensemble and the Deutschen Theater. At the age of four, she made her screen debut in the TV film Begegnung im Dunkel/Meeting in the Dark (1958). Her half-brother Pierre Besson and her stepmother Ursula Karusseit are both also actors.

After the death of her mother in 1966, actress Helene Weigel took Katharina under her wings. During her school years, Thalbach’s acting teacher was Doris Thalmer. At 15, she made her stage debut as the whore Betty in Erich Engels' version of Die Dreigroschenoper (The Three Penny Opera) in 1969, and later took over the leading role of Polly. She is considered as a new talent and continued to perform at the Berliner Ensemble.

With her other half-brother Benjamin Besson, she played in the DEFA film Es ist eine alte Geschichte/It Is an Old Story (Lothar Warneke, 1972). In 1975, she appeared in another DEFA production Lotte in Weimar (Egon Günther, 1975), starring Lilli Palmer and based on the novel by Thomas Mann.

In December 1976, she left East Germany together with longtime companion Thomas Brasch and daughter Anna after the expulsion of songwriter Wolf Biermann. She then played a supporting part in the West-German drama Das zweite Erwachen der Christa Klages/The Second Awakening of Christa Klages (1978) directed by Margarethe von Trotta, her debut solo film.

The following year, she became known for her role in Die Blechtrommel/The Tin Drum (Volker Schlöndorff, 1979), the film adaptation of the novel by Günter Grass, which won the Palme d'Or at the 1979 Cannes Film Festival and the 1980 Oscar for Best Foreign Language Film.

The film lead to a ban in Oklahoma because of scenes in which lead actor David Bennent, then 11 years of age and playing a stunted 16-year-old, licks effervescing sherbet powder from the navel of a 16-year-old girl, played by Thalbach, who was 24 years old at the time. Subsequently, Bennent appears to have oral sex and then intercourse with her. The Ontario Censor Board in Canada first cut the film and then banned it as child pornography.

In the multi-part television film Theodor Chindler (1979) by Hans W. Geißendörfer, she was Margarete, the young, revolutionary daughter of Reichstag deputy Theodor Chindler. 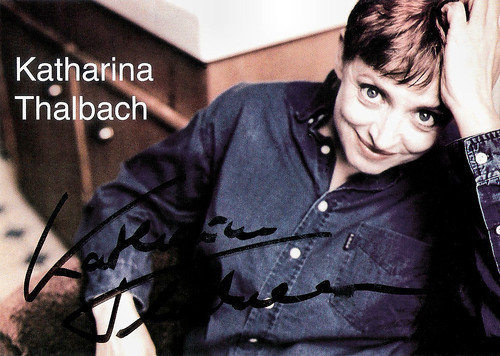 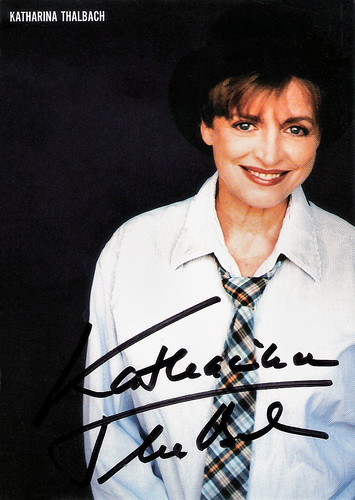 Actress of the Year

Katharina Thalbach often played dominant women who rebel against society, fight against misery and take their fate into their own hands. In 1980, she was voted 'Actress of the Year' by the critics of the magazine Theater Heute for her title role in Heinrich von Kleist’s Das Käthchen von Heilbronn. She then co-starred with Hilmar Thate in the crime film Engel aus Eisen/Angels of Iron (1981), directed by her partner Thomas Brasch.

A box office hit in Germany was the comedy Sonnenallee/Sun Avenue (Leander Haußmann, 1999) about life of the East-German youth in East Berlin in the late 1970s. The Sonnenallee is an actual street in Berlin that was intersected by the border between East and West during the time of the Berlin Wall. Thalbach portrayed Doris Ehrenreich, the mother of the male main character Micha.

The international coproduction König der Diebe/King of Thieves (Ivan Fila, 2004) is a powerful indictment dealing with child slavery in the German marketplace. Thalbach had the lead role in the Polish language film Strajk - Die Heldin von Danzig/Strike (2006) directed by Volker Schlöndorff. The film is broadly a docudrama covering the formation of Solidarity, and she won the 2006Bavarian Film Award for Best Actress for it.

Her more recent German films include the tragicomedy Der Mond und andere Liebhaber/The Moon and Other Lovers (Bernd Böhlich, 2008), and the fantasy film Rubinrot/Ruby Red (Felix Fuchssteiner, 2013). Katharina Thalback continues to play theatre, film and television. Her daughter Anna, born in 1973 from a relationship with actor Vladimir Weigl, and her granddaughter Nellie (born 1995) are also actresses.