French actor Rellys (1905-1991) had an exceptional long career. First he specialised in the Marseille-set operettas by Marcel Pagnol and others. Later he often appeared as a side-kick in comedies with Fernandel. 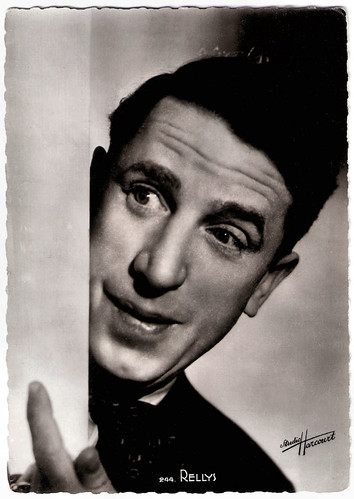 
Rellys was born as Henri Roger Marius Bourelly in Marseille, France, in 1905. As a child, Rellys accompanied his parents on a picnic in les pinèdes and there he learned to sing.

Henri Rellys worked as a pastry chef, and earned the nickname ‘Brioche’ (Bun). As a theatre amateur, he won a singing contest at the Alcazar in Marseilles, disguised as a comic trooper in 1925.

After his military service, he was hired under the name of Rellys, for tours along cabarets in the Provence and in North Africa.

He made his film début in Le Tampon du Capiston/The plug of the capiston (Joe Francis, Jean Toulout, 1930). In the revue En plein soleil (In Full Sun) he imitated Maurice Chevalier and ... Josephine Baker.

In the beginning, he specialised in Marseille-set operettas, which were flourishing at the time: Trois de la marine/Three of the Navy (Charles Barrois, 1934), César/Cesar (Marcel Pagnol, 1936) with Raimu, and Un de la canebière/One of the canebière (René Pujol, 1937) based on the operetta by Alibert, René Sarvil and Raymond Vincy, and music by Vincent Scotto. 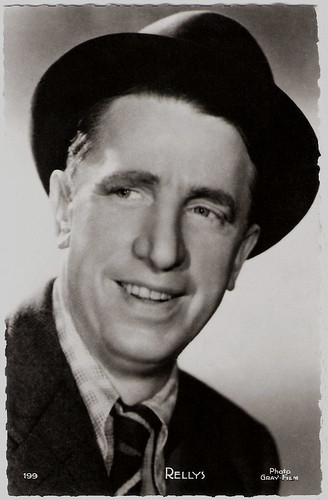 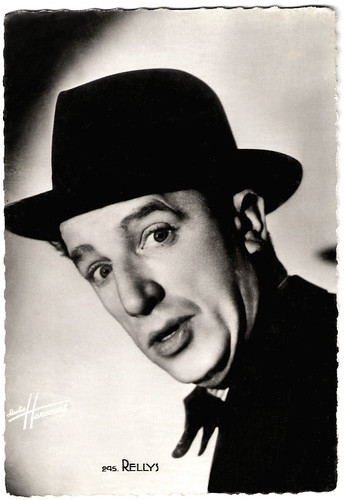 
In the 1940’s, Rellys was noted for his Provençal accent, his sweet and warm ways and his endearing air. He had a real triumph with Narcisse/Narcissus (Ayres d'Aguiar, 1940), in which he played a vaudeville soldier, who has to fly an aeroplane despite himself.

He returned to the songs of his early operettas in Marseille, when he released his first album in 1977. His last TV appearance was in L'honneur de Barberine/The Honor of Barberine (1982).

Rellys retired in his birthplace Marseille. There he died in 1991, at the age of 86. He had two daughters, Annie and Michèle.