On Thursday 20 July 2017, French actor Claude Rich passed away. He played in at least fifty plays and around 80 films, among them the cult classic Les Tontons flingueurs/Crooks in Clover (1963) alongside Lino Ventura, and François Truffaut’s La mariée était en noir/The Bride Wore Black (1968). Over the course of his long career, he worked with some of the best known French film directors such as Jean Renoir, Julien Duvivier, Claude Chabrol, and Alain Resnais. 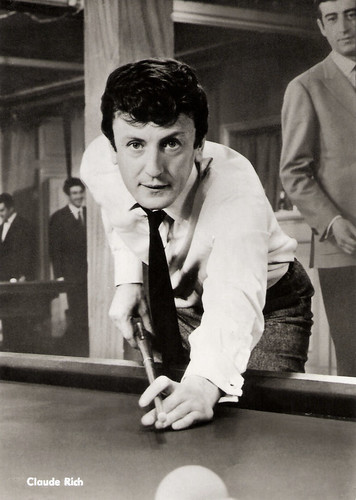 Neither Seen Nor Recognized


Claude Robert Rich was born in Strasbourg, eastern France, in 1929. He was the son of Roger Rich and Marguerite Labat. In 1935, after the death of his father, he moved with his mother and three brothers and sisters to Paris.

Later when he worked as a bank employee in order to bring money home to help his mother, he enrolled in evening classes drama by Charles Dullin at le Centre d'Art Dramatique de la rue Blanche. While working and studying, he decided to make a go of acting and entered a competition for a scholarship to the prestigious Conservatoire National Supérieur d'Art dramatique.

He won the scholarship and started studying acting full-time in 1953. At the Conservatoire, he met and befriended many who would also become well known actors, including Annie Girardot, Jean-Paul Belmondo, and Jean Rochefort.

Rich made his debut at the Renaissance Theater, and made his film debut in René Clair's Les Grandes Manœuvres/The Grand Maneuver (1955). He followed it with a part in the comedy Mitsou (Jacqueline Audry, 1956) starring Danièle Delorme, and based on the 1919 novella Mitsou by Colette.

In the comedy hit Ni vu, ni connu/Neither Seen Nor Recognized (Yves Robert, 1958), he appeared with Louis de Funès. Another hit at the box offices was the anthology film La française et l'amour/Love and the Frenchwoman (1960). In one of the segments he co-starred with Marie-José Nat. 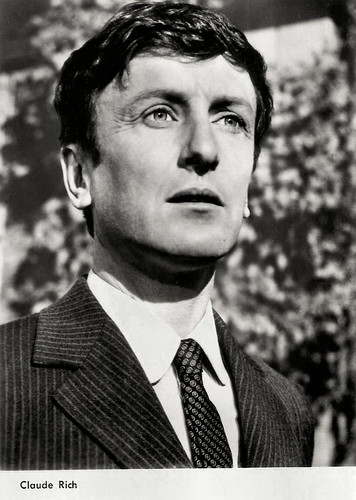 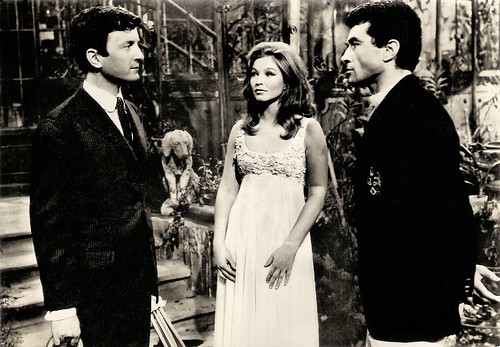 He landed his first major role in Alain Resnais’s Science-Fiction film, Je t’aime, je t’aime/I Love You, I Love You (1968). He interpreted a man who tried to commit suicide and is selected by a secret organisation in order to experiment a very dangerous and quite hopeless voyage, a journey in his own past. Resnais chose him for the role because of the special timbre of his voice.

It was followed by La mariée était en noir/The Bride Wore Black (François Truffaut, 1968). Rich is one of the five men who is responsible for the death of Jeanne Moreau's fiancé. At a party being held in his high-rise apartment, the Bride pushes him off the balcony and he falls to his death.

Rich was also an impressive theatre performer. He was a five-time finalist for the Molière award, France’s national theatre award. He shined in the play Le Souper (The Supper) by Jean-Claude Brisville, where he played Talleyrand alongside actor Claude Brasseur, as Joseph Fouché. Both Rich and Brasseur would portray these characters once more for the film adaptation Le Souper/The Supper (Édouard Molinaro, 1992). In 1993, he received the Cesar for best actor with this performance.

Rich was nominated four times for best supporting actor, in La Fille d’Artagnan/Revenge of the Musketeers (Bertrand Tavernier, 1994), La Bûche/Season's Beatings (Danièle Thompson, 1999), Aide-toi le ciel t’aidera/With a Little Help from Myself (François Dupeyron, 2008) and Cherchez Hortense/Looking for Hortense (Pascal Bonitzer, 2012). Among his other awards were a Grammy Award in 1974, and a César d’Honneur in 2003.

Claude Rich died after a long illness in his home in Orgeval, France. He was 88. Since 1959, he was married to Catherine Rich born Renaudin and they had three children, Delphine, Natalie and Rémy Rich.