Beautiful blond Danish showgirl Margaret Rung (1933) appeared in supporting and small parts in French films of the late 1950s. Her main claim to fame was dating former King Farouk of Egypt, shortly after his separation from Queen Narriman in 1953. 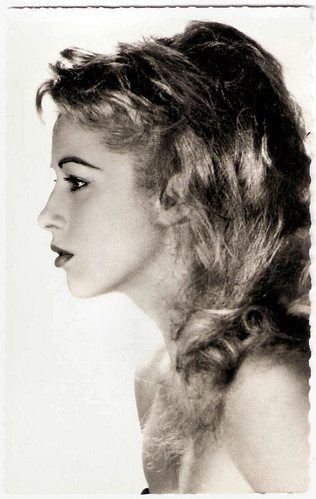 French postcard by Editions P.I., Paris, no. 846, offered by Les Carboplanes Korés Carboplane. Photo: Sam Lévin. The postcard is probably made for her French film debut in 1956, because at the flipside she is credited as Margareth Rung.


On 17 March 1953, Danish dancer Margarethe Rung Jorgenson revealed to the press in Rome, that she was the ‘mysterious blonde’ who had been dating former King Farouk of Egypt since his separation from ex-Queen Narriman. This gossip news caused international headlines and photos of the beautiful blonde were sent by radio or wire all over the world.

A subscript of a United Press Telephoto described her as a ’22-year-old chorus girl’. American newspaper The Amsterdam Evening Recorder used a wirephoto by AP and described her as a ‘19-year-old dancer’ from Copenhagen. For the photographers she had posed in a tight black sweater. She had told newsmen that she had met Farouk at 12 March, the same night Narriman had taken off for Switzerland.

Since then Farouk and Margarethe had been out ‘two or three times’. At the time Rung lived in a room in a small hotel in Rome, which she shared with her sister. This breaking news probably finished the affair but it lead to a break in films for Rung.

Margarethe Rung Jorgenson was born in Copenhagen, Denmark in 1933. She wat the daughter of leather goods manufacturer O. Jørgensen. Margarethe appeared in several Copenhagen revues and played an uncredited bit part as a harem girl in the witty and charming musical comedy Mød mig paa Cassiopeia/Meet Me on Cassiopeia (Torben Anton Svendsen, 1951).

Mød mig paa Cassiopeia is about a Danish Air Force pilot who is working on a musical play and faces writer's block. Polyhymnia (Bodil Kjer), a dazzling muse straight out of Greek mythology, comes to spur him on and inspire him to complete the work. But she falls in love with him. René Michael Knudsen at IMDb: "She is soon haunted by her father Zeus, who wants her back and cannot allow the daughter of a god to mingle too closely with humans. This storyline is filled out with funny side-characters and musical-shows that are clearly not American, but inhere lies the films charm. The acting is very good in all roles. The plot line from the film Xanadu, seems nearly to be a ripoff (or can you call it a remake?)"

In the autumn of 1952, Margrethe Rung travelled to Rome on the recommendation of the dance couple Danoesti to apply for admission to the American Bluebell dance company. This ensemble included 12 girls of different nationalities and it had an international reputation. In the Italian capital they performed In the distinguished revue of Wanda Osiris. The Bluebell girls also performed at Ib Schønberg's circus revue in Bakken, Denmark in the summer of 1953. In the same year, Rung participated in a Nivea commercial colour film, which was featured in the Danish cinemas.

After the Farouk news, she worked in France and South America. Together with her sister Kirsten Rung, she performed at the Lido in Paris. She was also cast in the drama Si tous les gars du monde/If All the Guys in the World... (Christian-Jacque, 1956) with Jean Gaven. It must have been her first film after Mød mig paa Cassiopeia. Credited as Margareth Rung, she played a Polish air hostess who cooperates with a German, an American, the Russian Air Force, and a Danish plane to get medicine to a fisher boat on the North Sea of which the whole crew is ill by food poisoning.

The film title refers to a poem by Paul Fort that says that if all the men and women in the world would hold hands, happiness would be for tomorrow. Pierre Radulescu at IMDb: "The whole story seems at first to be far too pathetic to be taken seriously, but you should see the movie. It communicates you a sense of generosity and solidarity that is irresistible. " 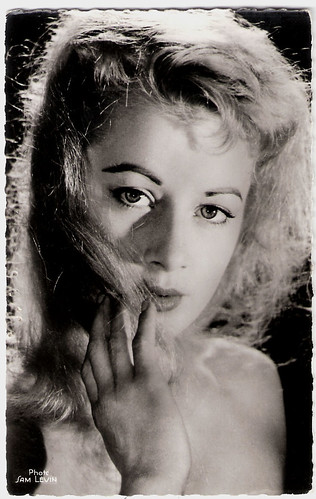 
In 1957, Margaret Rung appeared in four more films. She played a supporting part as one of the beautiful girls around special agent Henri Vidal in Action immediate/To Catch a Spy (Maurice Labro, 1957) based on a thriller by Frédéric Dard.

Next she was seen as an English woman in the French-Italian coproduction Les aventures d'Arsène Lupin/The Adventures of Arsène Lupin (Jacques Becker, 1957) with Robert Lamoureux as the famous French literary icon, gentleman-thief Arsène Lupin.

In Roger Vadim’s Sait-on jamais.../No Sun in Venice (Roger Vadim, 1957), she played a small part as a Venetian countess. Star of the film is Françoise Arnoul as an amoral French girl, who lives in a sumptuous Venetian palazzo as the kept woman of a very rich but undesirable ex-Nazi. Vadim probably did not see the potential of a new Brigitte Bardot in Rung, and her next film was also her last.

Escapade (Ralph Habib, 1957) was an adventure film based on a novel by Cornell Woolrich. Star of the film was Louis Jourdan, and Rung played a supporting part as a young woman.

After two years and seven films Margaret Rung’s career in the French cinema was over. She stayed in Paris, where she married the wealthy director of the Lido and had four children. She died in Paris only 48 years old. Margarethe Rung was the sister of Eva Rung and the dancer Kirsten Rung.

King Farouk was overthrown in the 1952 military coup d'état and forced to abdicate in favour of his infant son Ahmed Fuad, who succeeded him as Fuad II. Farouk divorced his Queen Narriman in 1954. While living in exile in Italy, Farouk met opera singer Irma Capece Minutolo, who became his companion. Farouk died in the Ile de France restaurant in Rome in 1965, collapsing at his dinner table following a characteristically heavy meal. In 2005, his Irma claimed that she had married the former King in 1957. 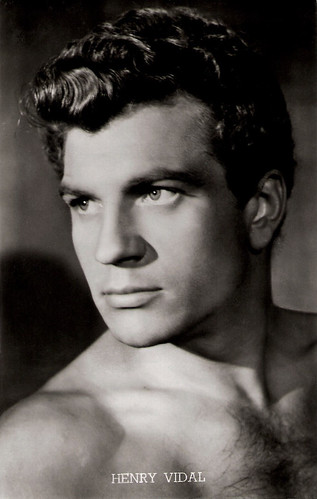