Austrian actor Harry Hardt (1899-1980) had a long career both in films and on television. He was a popular and extremely busy character player, who was generally cast as authority figures: police inspectors, officers and aristocrats. 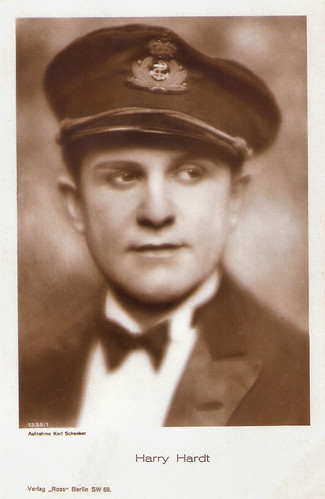 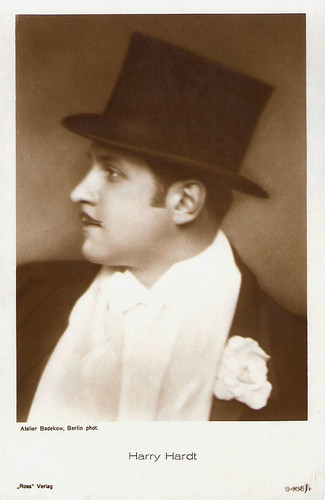 Officer and a Gentleman

Deferring to his father's wishes, Harry dropped out of art history studies to undergo officer training at a military academy. During the First World War, he concluded that a military career was useless and he chose for acting.

After drama lessons in Graz and Berlin, he made his stage debut in 1919 at the Theater in Olmütz (now Czech Republic). From 1920 he played at the Trianon-Theater in Berlin. In the same year, the handsome actor made his first film appearance in the silent production Die Frauen vom Gnadenstein/The Women of Gnadenstein (Robert Dinesen, Joe May, 1920), for which Thea von Harbau had written the script. 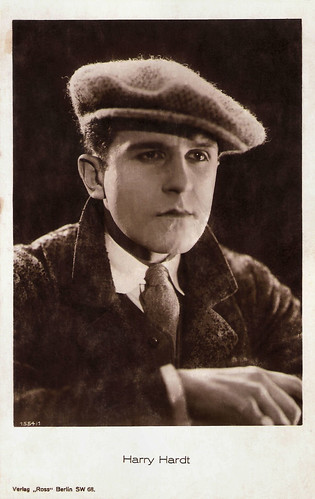 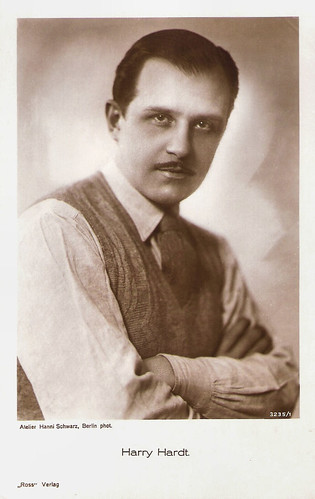 Harry Hardt was much in demand by directors and producers, but nevertheless he never became a big star. In the early sound years, he acted in Der Greifer/The Copper (Richard Eichberg, 1930) at Hans Albers' side, and in Alfred Hitchcock’s thriller Mary/Murder (1931).

Both films were shot concurrently in German- and English-language versions. After the introduction of sound film this was a fairly common practice both in Hollywood and in the European cinema when it was not yet common practice to overdub dialogues.

In the mystery comedy Der Mann, der Sherlock Holmes war/The Man Who Was Sherlock Holmes (Karl Hartl, 1937), he played a gambler, who is impressed by a detective (Hans Albers) who masquerades as Sherlock Holmes. During the war years he played small roles in Austrian and German films, including the colour spectacle Münchhausen (Josef von Báky, 1943), again starring Hans Albers.

During the 1960s and 1970s he often appeared on television in such series as the Krimi Derrick (1978). Incidentally he appeared in films, e.g. in the sex comedy Komm nach Wien, ich zeig dir was!/Come to Vienna, I'll show you something! (Rolf Thiele, 1970), and the ethereal, three-hour biopic Karl May (Hans-Jürgen Syberberg, 1974), with Helmut Käutner as the author of Winnetou. His final film was Egon Schiele - Exzesse (Herbert Vesely, 1981) with Mathieu Carrière as the cursed painter Egon Schiele.

In total Harry Hardt appeared in 180 feature films, and also in numerous television productions. In the series Königlich Bayerisches Amtsgericht he appeared several times as Count von Haunsperg. At the end of his career, he again intensified his theatrical work. In 1980, Harry Hardt died in Vienna, Austria. He was 81. 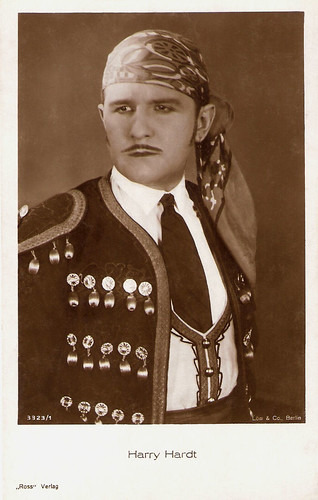 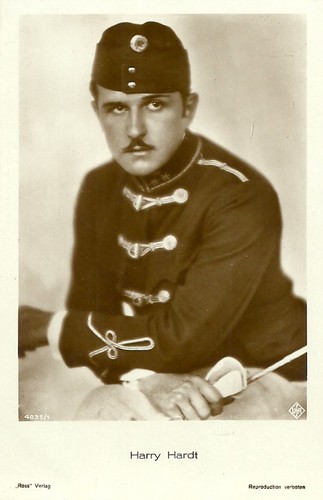