Monday 31 July 2017 was a black day for the French cinema. Not only Jeanne Moreau but also French actor Jean-Claude Bouillon passed away. He appeared in more than eighty films from 1966 until 2015. In France, Bouillon (1941-2017) was best known is best known for his role as Commissioner Valentin in the TV series Les Brigades du Tigre/The Tiger Brigade (1974-1983), but he also appeared in several films and on stage. He was 75. 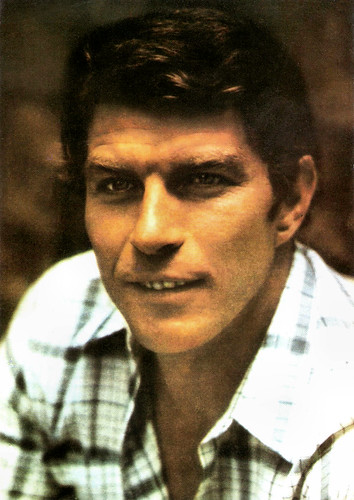 
Jean Claude André Bouillon was born in 1941 in Épinay-sur-Seine, France. He made his acting debut at the Théâtre national populaire (TNP) in 1966 in Armand Gatti's Chant public devant deux chaises électriques (Public chant in front of two electric chairs) on the Sacco and Vanzetti affair.

His first film appearance was as an inspector in Jean-Luc Godard's Made in USA (1966) with Anna Karina. He then played leading roles in several films: Le Dernier Homme/The Last Man (Charles Bitsch, 1968), Tout peut arriver/Don't Be Blue (1969) - the first film by Philippe Labro, Le Champignon/The Killer Strikes at Dawn (Marc Simenon, 1969) as the husband of Mylène Demongeot, and Hellé (Roger Vadim, 1972).

Bouillon has devoted most of his career to television in more than 40 television productions, TV movies and series. Very popular was his role as Commissioner Valentin, a seducer with a fine moustache, in the TV series Les Brigades du Tigre/The Tiger Brigades (1974-1983). The series was situated before the First World War when in France the first motorised police group was organised. They were called 'The Tiger Brigades', after Prime Minister George Clemenceau's surname: The Tiger.

His other TV roles included the photographer Christophe Bardol in the mini-series Les Roses de Dublin/The Roses of Dublin (1981), and Dimitri in the series Les Aventures du jeune Patrick Pacard/The Adventures of the young Patrick Pacard (1984). 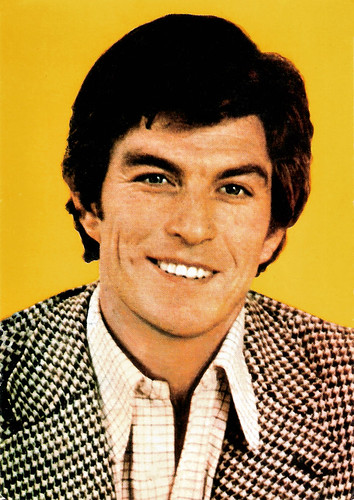 The Unbearable Lightness of Being


Jean-Claude Bouillon’s best known film is The Unbearable Lightness of Being (Philip Kaufman, 1988), based on the novel by Milan Kundera. The film starred Daniel Day Lewis and Juliette Binoche, and Bouillon only played a minor part.

One of his best known roles remained Serge Létan, the lover of Claude Jade, in the TV soap opera Cap des Pins (1998-2000). Another success was the series Sous le soleil/Under the Sun (2003-2007). Bouillon also appeared in foreign TV productions such as The Hitchhiker, where he played Victor, the aggressive husband of Claude Jade, in the episode Windows (1990).

In the cinema he was last seen in the comedy Coups de soleil (Stéphane Kowalczyk, 2011) and the short film Irrésistible/Irresistible (Gioacchino Campanella, 2013).

Jean-Claude Bouillon died on 31 July 2017 of cancer in Marseilles, where he had lived for several years with his wife, Ghislaine Valence, whom he had married in 1987. He had two children: Alexandre (born in 1970) and Bérénice (1981).


Jean Claude Bouillon's character has a bad trip in an unknown French film of the 1970s. Source: Jhalal Drut (YouTube).