The last three Saturdays, EFSP had posts on French postcard series like Les Vedettes du Cinéma. Today, we present you cartes postales by Edition Pathé Frères. Four brothers, Charles, Émile, Théophile and Jacques Pathé, founded the Société Pathé Frères (Pathé Brothers Company) in Paris on 28 September 1896. Between 1903 and 1910, Pathé dominated the international film world. Three-quarter of what every film visitor, even in America, would see in a vaudeville house, in the booth of a travelling cinema, or in one of the very early permanent cinemas, were Pathé productions. The driving force behind this pioneering film operation was Charles Pathé. He set both the artistic and technical standards for film. Pathé Frères also pioneered with postcards of the actors in his films. Today we present you an early series by Edition Pathé Frères of black and white postcards, made just before the First World War. 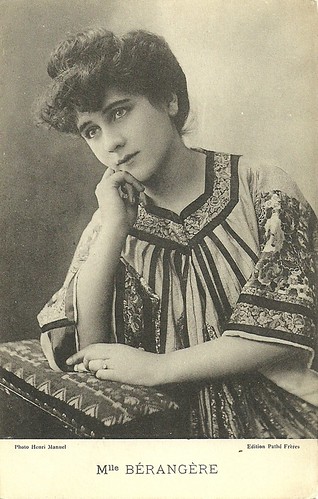 Jeanne Bérangère. French postcard by Edition Pathé Frères. Photo: Henri Manuel. A difficulty with this card, which is easily found online as well, is that it dates from around 1910-1914. French stage and screen actress Jeanne Bérangère (1864-1927) was born in 1864, so in 1914 she must have been around 50. And the woman on the postcard seems much younger. We could not trace whether Pathé used a pre-1900 photo, a photo of a relative with the same name (a daughter?), or just a photo of somebody else.

Update 5 November 2017:
Happily Marlene 'Sherlock Holmes' Pilaete solved the riddle: "In fact, there were two “Bérangère” in the French silent movies. The lovely lady on the postcard (real name : Jeanne Chatelain) was born in 1887 and died in 1946. She was a Pathé star in the beginning of the teens. She came back to the screen for two talkies in the thirties. The other Bérangère (real name : Françoise Béraud) was born in 1864 and died in 1928. She was active in movies from the end of the teens until her death. Several websites, including IMDb, have mixed the two actresses up." Thanks Marlène! 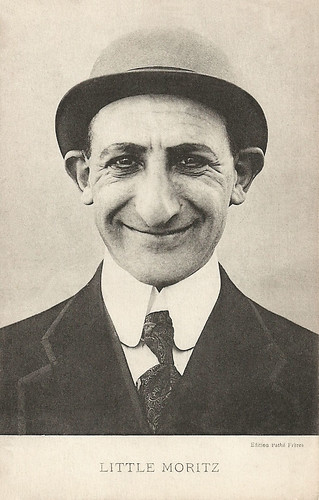 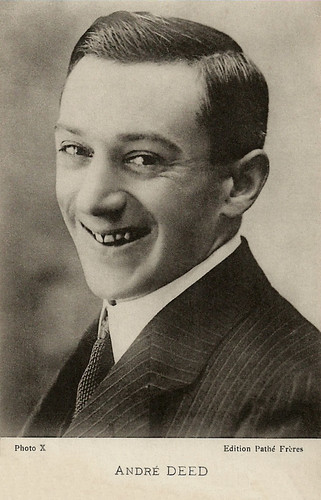 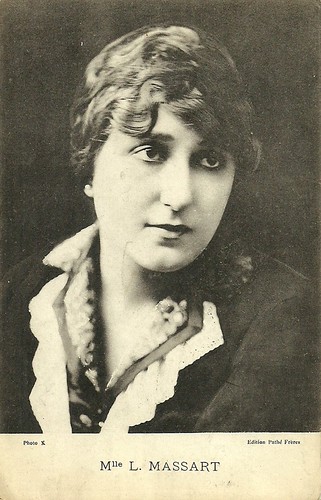 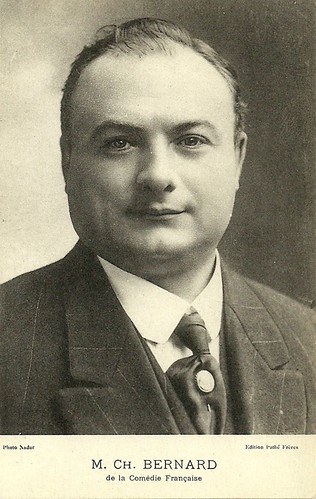 Léon Bernard. French postcard by Edition Pathé Frères. Photo: Nadar. The Ch. must be a mistake, as this is clearly French stage and screen actor and also theatre director Léon Bernard. 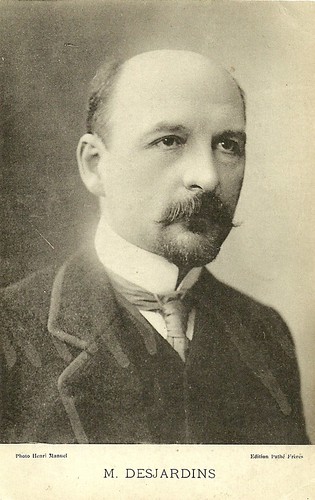 One of the first feature-length films about Jesus

In 1896, Pathé Frères began using the camera developed by the Lumière brothers and then Pathé set about to design an improved studio camera and to make their own film stock. From 1901, Pathé teamed up with director and later manager Ferdinand Zecca who oversaw the creation and production of original Pathé Frères films.

Pathé opened sales agencies all over the world, selling projectors, films and equipment. In 1902 it opened a glass house studio near Paris, in 1904 two other ones. At Joinville-le-Pont, also near Paris, a series of factories were built to produce cameras and projectors and to develop film stock, with a separate section for colouring films.

From 1905 on, the company employed a specialised studio staff: screenwriters, directors, cinematographers and other technicians. In 1905 Pathé produced some 12.000 meters film stock per month of positive film, by now mostly fiction films. Zecca explored many themes from the mundane to the fantastic. In À la conquête de l'air/Conquering the Skies (Ferdinand Zecca, 1901), a strange flying machine, called Fend-l'air, was seen flying over the rooftops of Belleville. By using trick photography, the one-minute short was notable in being the first aviation film, predating the flight by the Wright Brothers by two years.

Zecca also pioneered with one of the first crime dramas, Histoire d'un crime/History of a Crime (Ferdinand Zecca, 1901), stylistically innovative in its use of superimposition. The story was of a man condemned to death, awaiting execution with his crimes appearing on his cell wall. The film is an early example of flashbacks as a film device. Other Pathé films included comedies, trick films or fairy tales, such as Les Sept châteaux du Diable/The Seven Castles of the Devil (Ferdinand Zecca, 1901), and La Belle au bois dormant/Sleeping Beauty (1902).

Between 1900 and 1907, Zecca oversaw the production of hundreds of Pathé films from many important Pathé directors including Lucien Nonguet, Gaston Velle, Albert Capellani, Louis J. Gasnier, André Heuzé and Henri Pouctal. Zecca also acted, directed, produced, and, on occasion, wrote films. These films were at most 300 meters in length, so max. 15 minutes of screening time (which is already quite longer than the single take films of Lumière, and consisted of various shots edited together).

La Vie et la passion de Jésus Christ/Life and Passion of the Christ (Lucien Nonguet, Ferdinand Zecca, 1903) was, at a running time of 44 minutes, one of the first feature-length films about Jesus. Production grew massively: in 1906 the output of positive film stock tripled that of the year before. In 1906, Spaniard Segundo de Chomón arrived at the Pathé studio and assisted Zecca with photography and special effects. He started to colour films, such as Vie et Passion de N.S. Jésus Christ/Life and Passion of Christ (Ferdinand Zecca, 1907), shot in four parts with 38 scenes, 990 metres long. At first, the films were hand-coloured, and later semi-mechanically coloured with stencils, a method also used for colouring postcards.

After Pathé bought the rights to George Méliès's Star films, Zecca started editing the Méliès films. Film production went from 70 titles in 1901 to 500 in 1903. After 1906, the mass film production gradually eased as longer films were produced. Pathé and Méliès started to work together in 1911. Georges Méliès's first film to be distributed by Pathé was the fantasy-comedy Les aventures de baron de Munchhausen/Baron Munchausen's Dream (Georges Méliès, 1911). 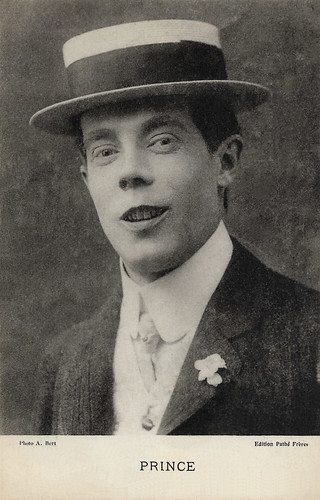 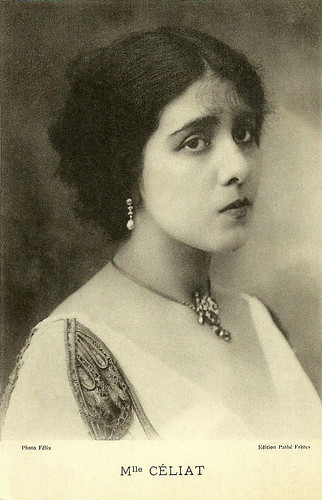 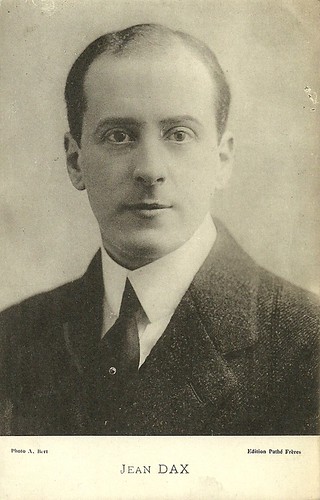 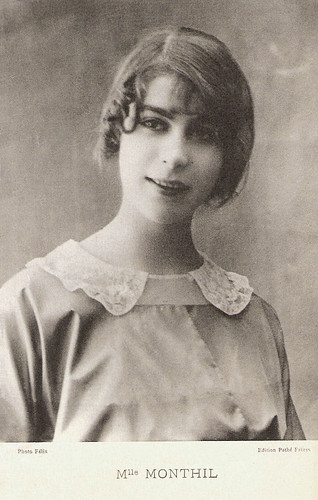 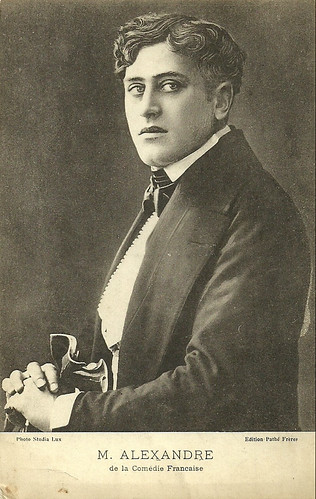 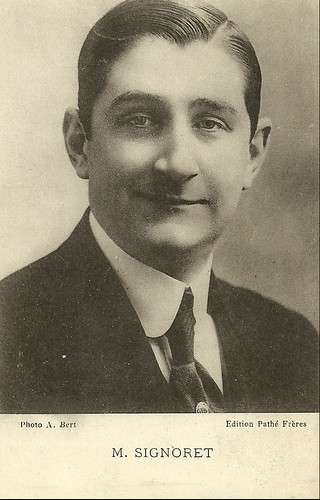 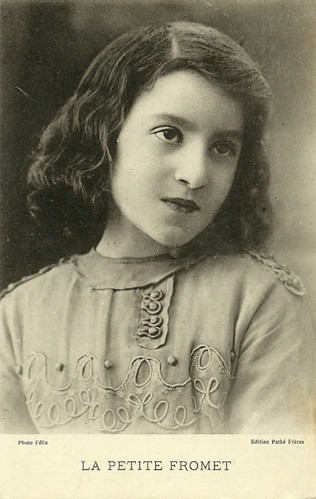 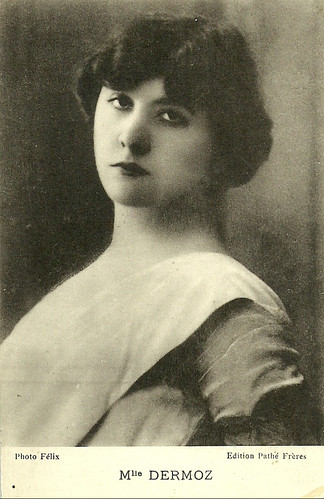 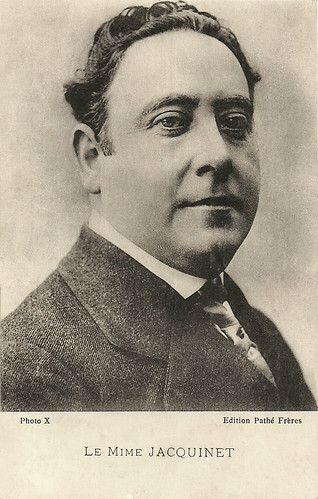 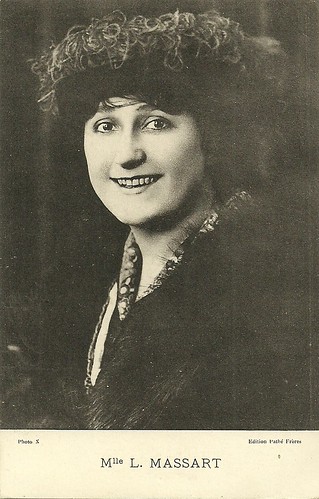 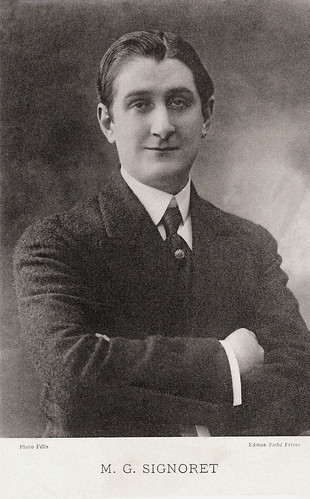 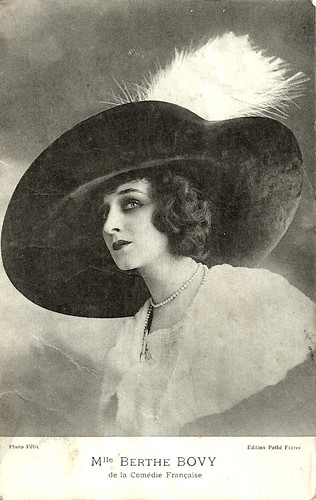 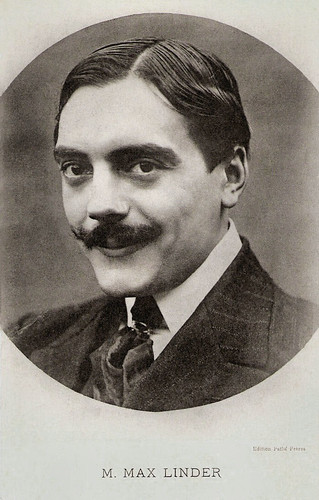 Check out other postcard blogs
at Postcard Friendship Friday!

Hello, Paul! What an interesting blog entry. I read every word and was fascinated. I was equally fascinated with the faces of these long-gone actors and actresses.

It kind of boggled my mind the other day, when I asked a young person what they thought of John Wayne and Jimmy Steward--stars from when I was younger.

"Who?" she queried. All I could do was laugh. Fame is indeed fleeting. Thank you so much for your research on all of these folks. :D