On 27 March 2018, French film and television actress Stéphane Audran (1932-2018) passed away. The cool and aristocratic looking star was known for her performances in Oscar winning films such as Le charme discret de la bourgeoisie (1972) and Babettes gæstebud/ Babette's Feast (1987). She appeared in many films by director and screenwriter Claude Chabrol, who was her husband for 16 years. 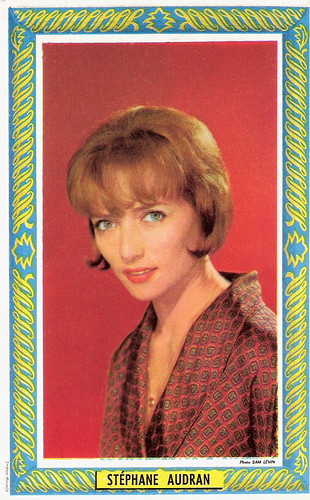 
Stéphane Audran was born as Colette Suzanne Dacheville in Versailles, in 1932.

At the time she was married to actor Jean-Louis Trintignant. Audran and Chabrol started a relationship from which their son, the French actor Thomas Chabrol was born in 1963. A year later they married and she has since appeared in some 20 of Chabrol's films.

She first gained notice or her role in Les Biches (Claude Chabrol, 1968) as a rich lesbian who becomes involved in a ménage à trois. At the 18th Berlin International Film Festival, she won the Silver Bear for Best Actress for this role. The film also inaugurated a second golden era in the career of her husband - roughly 1968-1973. 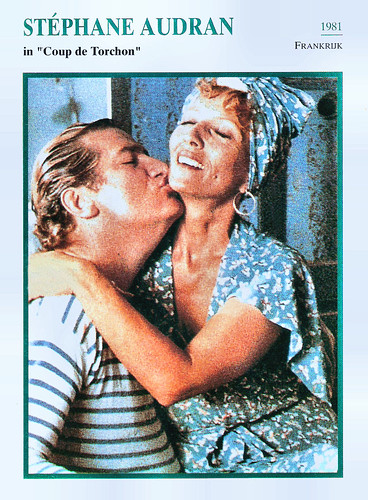 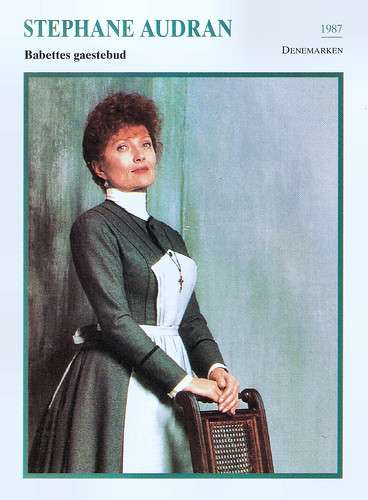 
Stéphane Audran appeared in the first film of Éric Rohmer, Signe du Lion/The Sign of Leo (1962) with Jess Hahn. She also played in La Peau de Torpedo/Children of Mata Hari (Jean Delannoy, 1970) with Klaus Kinski, Aussi loin que l'amour/As Far as Love Can Go (Frédéric Rossif, 1971) as the wife of Michel Duchaussoy, and in Orson Welles’ The Other Side of the Wind (1972).

After their divorce, Audran continued her career on full speed. She worked with cult director Samuel Fuller on his war film The Big Red One (1980) starring Lee Marvin, and his crime drama Les voleurs de la nuit/Thieves After Dark (1984) with Bobby Di Cicco.

After some less interesting films, she made a splash as the mysterious cook, Babette in Babettes gæstebud/Babette's Feast (Gabriel Axel, 1987) based on the novel by Karen Blixen. She continued to appear in Claude Chabrol’s films such as in Betty (1992) with Marie Trintignant, and also worked in other international films and TV series. But her later work is not as remarkable as her films of the 1960s and 1970s.

Her final film was the comedy-drama La fille de Monaco/The Girl from Monaco (Anne Fontaine, 2008) with Fabrice Luchini. Her son Thomas told the AFP news agency that his mother had died early on 27 March 2018, following a long illness. Stéphane Audran was 85.