Otto Mellies (1931) is a German actor and voice actor. For the DEFA, he appeared in several films during the 1950s and 1960s. He was also the German voice of Paul Newman. 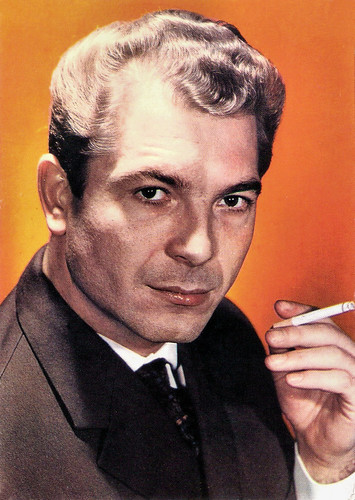 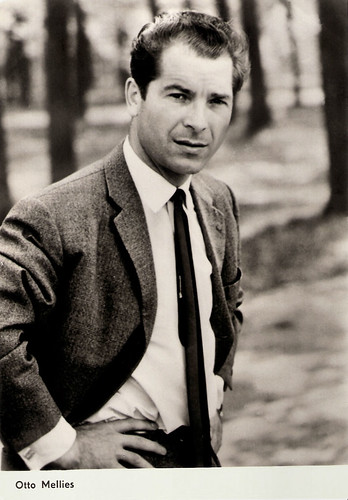 
Otto Ewald Ernst Mellies was born in 1931 in Schlawe (some sources say in nearby Stolp), Germany (now Slawno, Poland). His father was a hairdressing foreman.

A large part of his family died just before the end of the war (His mother, a sister an three of her children were murdered). He and his older brother, the later actor Eberhard Mellies, had to take care for themselves. The 14 years-old Otto worked as a caretaker for horses of Russian soldiers.

From 1947 to 1949, he attended the Staatliche Schauspielschule Schwerin (State Drama School in Schwerin) and followed lessons by director  Lucie Höflich. His first employer in 1949 was the Mecklenburgisches Staatstheater Schwerin. His debut role was that of the student in Johann Wolfgang von Goethe's Faust.

He then played in Neustrelitz, Stralsund, Rostock and Erfurt. At the Stralsund Theater, Mellies debuted in 1951 in Gotthold Ephraim Lessing’s classic play Nathan der Weise (Nathan the Wise) in the role of the Temple Lord.

In 1956, theatre director Wolfgang Langhoff brought him to the Deutsches Theater, one of the most prominent companies in Berlin. He belonged to the ensemble for 50 years.

Since then, the play ran and ran, only the main actors changed: Paul Wegener, Eduard von Winterstein, Wolfgang Heinz - and from 1987 on Otto Mellies.

Otto Mellies performed Nathan in a black coat, black suit and white shirt. Under the black Kippa, he showed a bleak face with a three-day-beard. He has appeared thus in this role 325 times till 2005. 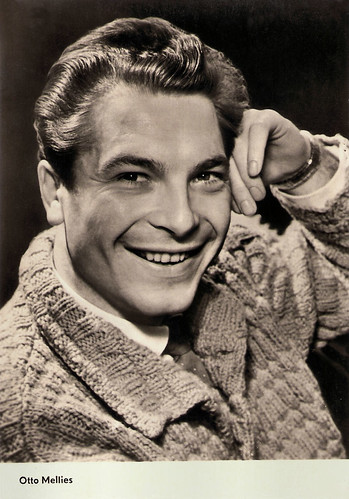 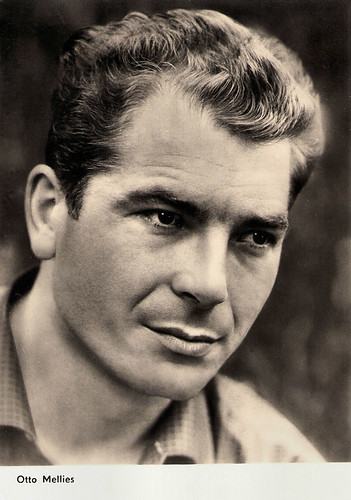 
Since 1955, Otto Mellies is also working for the cinema. His debut film was the DEFA production Sommerliebe/Summer Love (Franz Barrenstein, 1955).

In 1960 he was awarded the Heinrich Greif Prize First Class for his role as Ferdinand in Kabale and Liebe/Intrigue and Love (Martin Hellberg, 1959).

In addition, Mellies works as a voice actor. After the death of Gert Günther Hoffmann he became the German voice of Paul Newman. In addition, he dubbed such actors as Christopher Lee, Michael Gambon, Maximilian Schell, Albert Finney, and Raf Vallone and also participated in numerous radio plays.

In 2012 he was awarded the Deutscher Filmpreis (German Film Award) for Best Supporting Actor for his role in Halt auf freier Strecke/Stopped on Track (Andreas Dresen, 2011).

Otto Mellies lives in Berlin-Bohnsdorf, is married to former singer Luise and has two children. 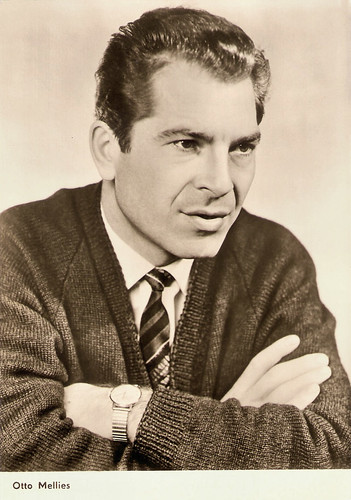 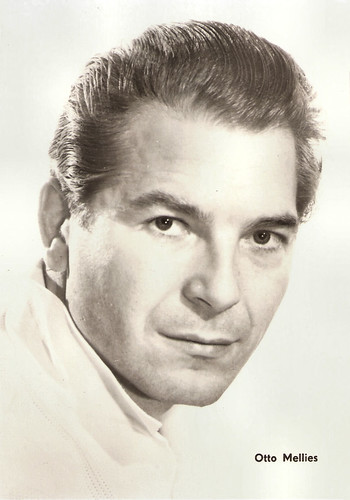 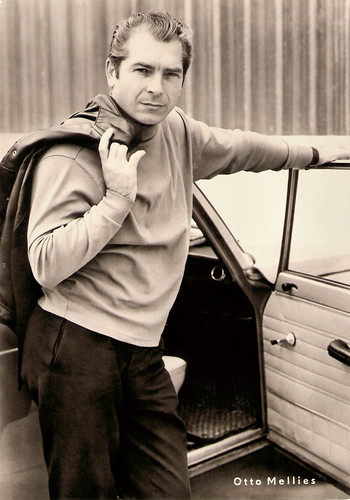 What a wonderful set of pictures. His life is interesting. I wonder what he looks like as an older fellow. He must be almost 90 now. Thank you for posting this. I was quite intrigued by this handsome fellow.

Hope all is well with you across the seas, my Friend! Spring is finally beginning to show itself. A lilac tree I planted well over 12 years ago has decided to bloom. I am SO happy with that! :D

Have a lovely week, Paul. My best to you and yours.