Cute, chubby-jowled Hungarian actor Szöke Szakáll (1883-1955) started his film career in the German and Austrian silent cinema. From 1940 on, he became known in Hollywood as character actor S.Z. Sakall. He was memorable as Carl, the head waiter in Casablanca (Michael Curtiz, 1942) and played many more supporting roles in comedies and musicals, often as a lovable, somewhat befuddled uncle, businessman or neighbourhood eccentric. 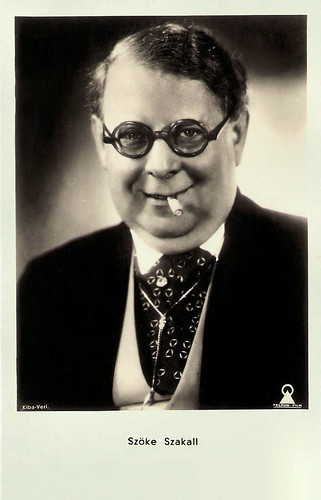 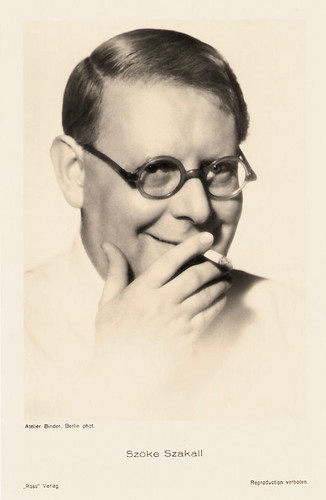 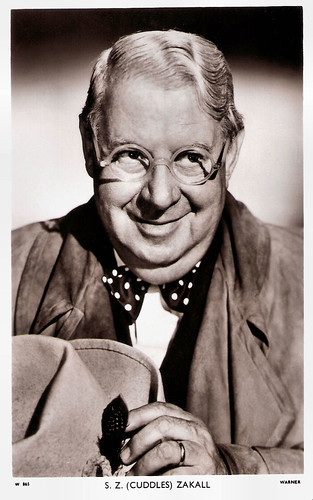 
Szöke Szakáll was born Gerő Jenő in Budapest, Austria-Hungary (now Hungary) in 1883 (some sources say 1882 or 1884). His stage name Szöke Szakáll means in Hungarian 'blonde beard'. At 18, he was called so as a young writer and aspiring actor because he wore a beard to look older.

The actor became a star of the Hungarian stage and screen in the 1910s and early 1920s. His films included Az újszülött apa/The newborn dad (Eugen Illés, 1916) and A dollárnéni/The dollar (Lajos Lázár, 1917).

At the beginning of the 1920s, he moved to Vienna, where he appeared in Hermann Leopoldi's Kabarett Leopoldi-Wiesenthal. One of his first film roles there was in Familientag im Hause Prellstein/Family Day in House Prellstein (Hans Steinhoff, 1927) with Erika Glässner.

The next years, he appeared in dozens of films including Großstadtschmetterling/Pavement Butterfly (Richard Eichberg, 1929) starring Anna May Wong, and in Ihre Majestät die Liebe/Her Majesty Love (Joe May, 1931) starring Käthe von Nagy, which was remade in Hollywood as Her Majesty, Love (William Dieterle, 1931) with W.C. Fields in Szákall's role.

In the 1930s, he was, next to Hans Moser, the most significant representative of the Wiener Film, the Viennese light romantic comedy genre. For a brief period during this time, he ran his own production company.

Szákall was forced to return to Hungary, because of the rise of Adolf Hitler and the Nazi movement. He was involved in over 40 films in his native land, including Skandal in Budapest/Romance in Budapest (Steve Sekely, Géza von Bolváry, 1933) and Fräulein Lilli/Miss Lilli (Hans Behrendt, Robert Wohlmuth, 1936), both starring Franziska Gaàl.

When Hungary joined the Axis in 1940, he went in exile with his wife. Many of Szákall's close relatives later died in Nazi concentration camps, including all three of his sisters and his niece, as well as his wife's brother and sister. 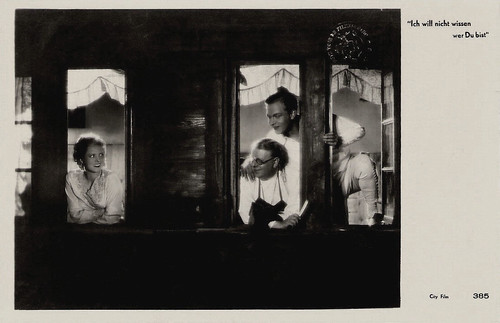 Dutch postcard by JosPe, Arnhem, no. 385. Photo: City Film. Liane Haid, Gustav Fröhlich and Szöke Szákall were the stars of the German comedy Ich will nicht wissen, wer du bist/I Do Not Want to Know Who You Are (Géza von Bolváry, 1932). 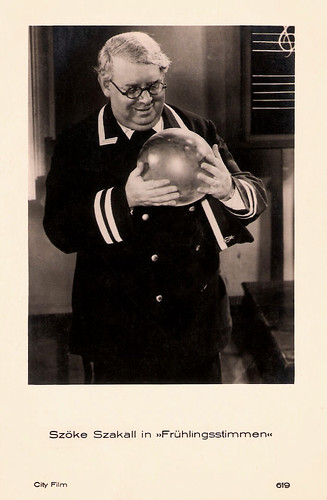 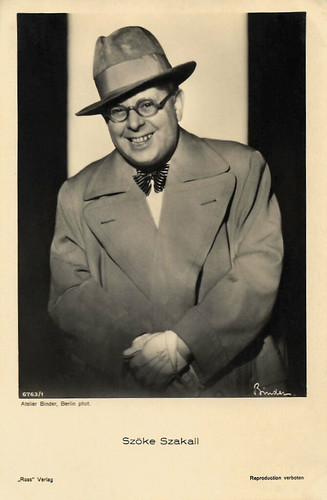 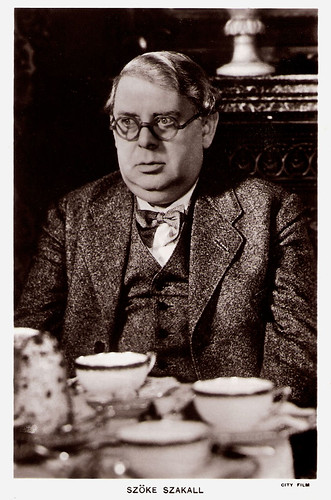 
Producer Joe Pasternak had invited Szöke Szakáll in 1940 to come to the US. His first Hollywood role as S.Z. Sakall was in the comedy It's a Date (William A. Seiter, 1940) opposite Deanna Durbin.

Memorable was his turn as a butler in the comedy The Devil and Miss Jones (Sam Wood, 1941) with Jean Arthur. His first big hit was Ball of Fire (Howard Hawks, 1941) with Gary Cooper and Barbara Stanwyck.

Producer Hal Wallis had signed Sakall for the role of Carl in Casablanca three weeks after filming had begun. When he was first offered the part, Sakall hated it and turned it down. Sakall finally agreed to take the role provided they gave him four weeks of work. The two sides eventually agreed on three weeks.

In the 1940s and 1950s, he played many more supporting roles in comedies and musicals, often as a lovable somewhat befuddled uncle, businessman or neighbourhood eccentric. His nickname became Cuddles. He was famous for using the phrase 'everything hunky dory'.

Among his films of the 1940s are Christmas in Connecticut (Peter Godfrey, 1945) with Barbara Stanwyck, the drama Embraceable You (Felix Jacoves, 1948) and Michael Curtiz's Romance on the High Seas (1948) - Doris Day's film debut.

His last movie was the musical The Student Prince (Richard Thorpe, 1954). That year, Szöke Szakáll retired from films and he died of a heart attack a year later in Los Angeles, ten days after his 72nd birthday. 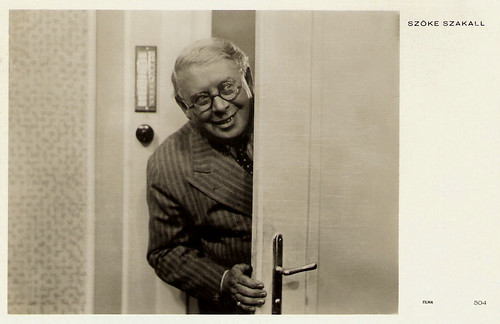 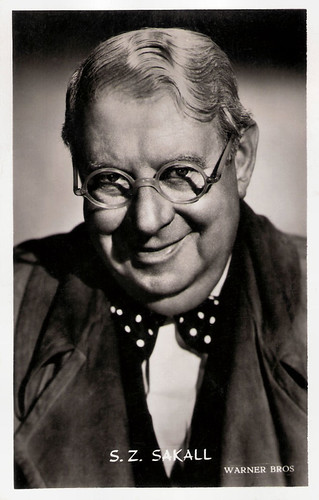 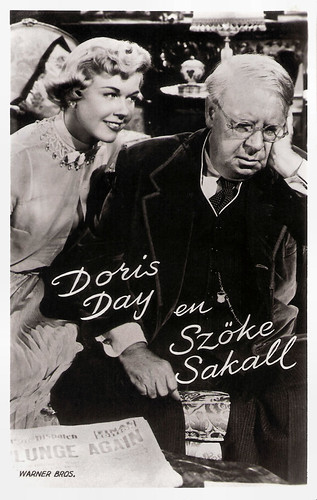 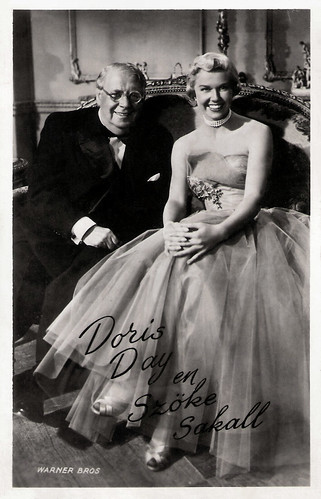