In 2012, collector Amit Benyovits started our love for Massilia collectors cards. Last week he sent me scans of a new acquisition, a series of 50 'Premium' collectors cards from Belgium. The cards were produced for Chocolaterie Clovis in Pepinster, and while Belgium is a bilingual country, the texts on the flip sides of the cards are both in French (the language spoken in Wallonia) and in Dutch (spoken in Flanders). The cards were printed in Italy by Bromofoto in Milan, and the portrayed stars are all well known Hollywood movie actors. There are no dates on the cards, but Amit and I guess they were made in the late 1940s. 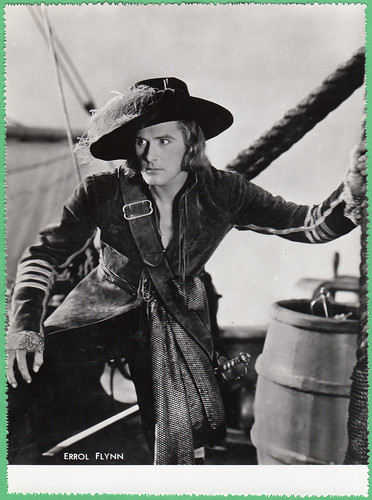 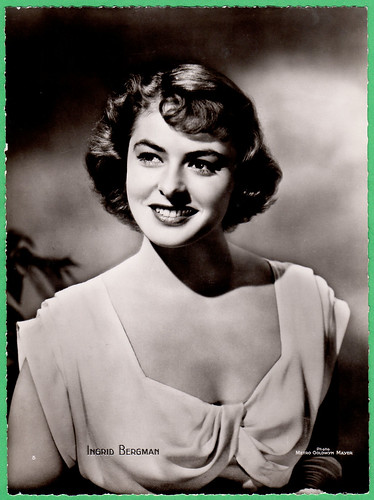 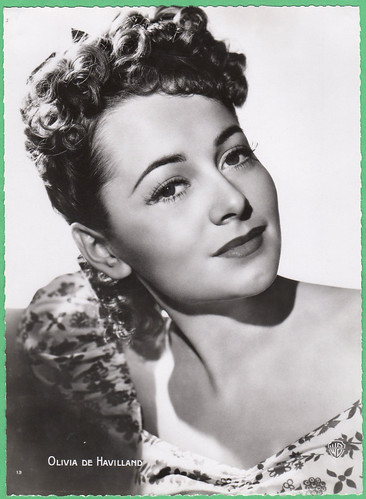 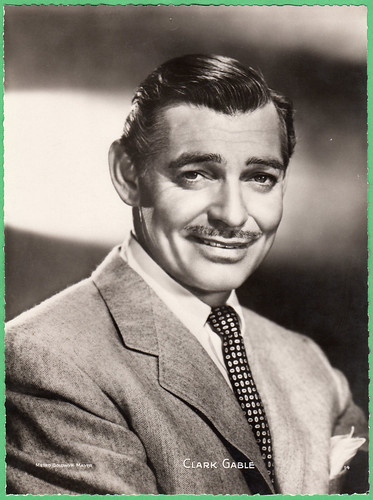 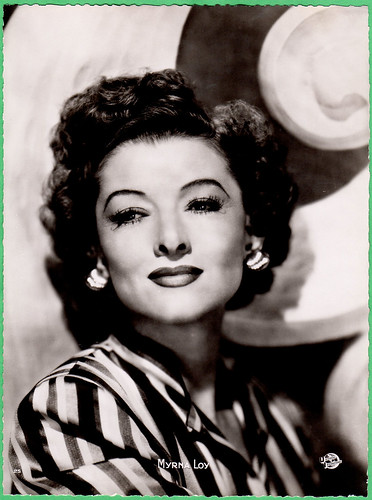 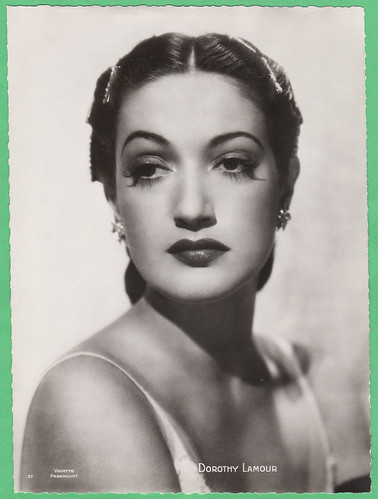 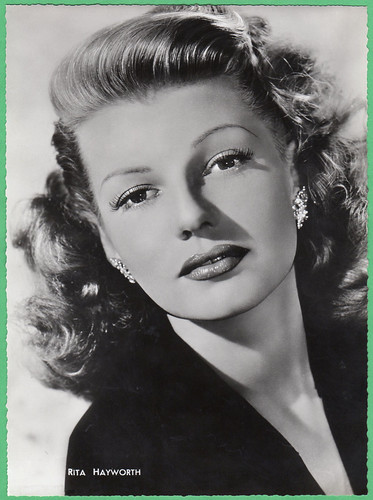 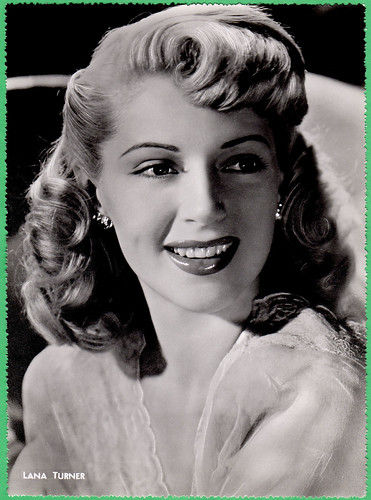 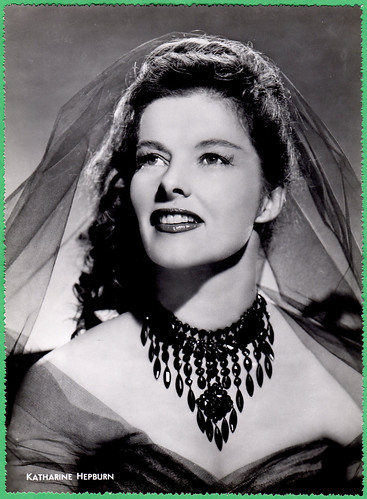 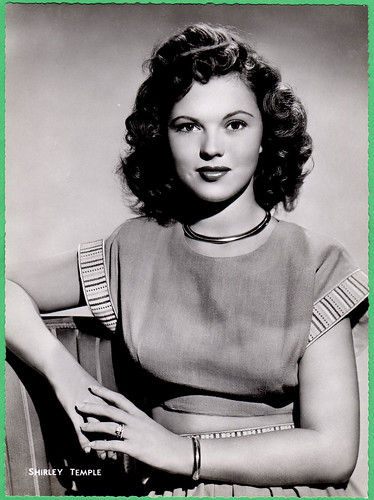 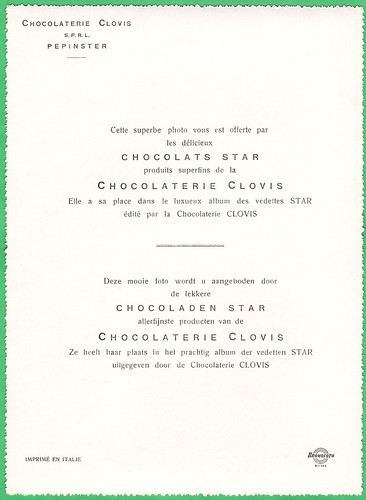 Show me your chocolate side, please

Belgium must be the no. 1 Chocolate country in the world. There are many little chocolate factories and their 'pralines' are delicious. The Belgians, but also foreign visitors, go to shop for them on Sundays in the countless confiseries of the country.

I had never heard of Chocolaterie Clovis before. French Wikipedia writes that the factory does not exist anymore. Clovis was founded in 1920 in Pepinster. The company ceased operations in 1966, following the destruction of the buildings by fire.

In the 1930s and 1940s, there must have been a close connection between chocolate and film stars. Directors prepared their female stars for their close-ups by saying: "Show me your chocolate side, please", as commemorated by Dutch film star Cissy van Bennekom in an old interview with Vrij Nederland magazine.

Other Belgian chocolate firms, like Kwatta, also published film star postcards and included them with their products. So, this beautiful series of film star cards is one of the few things that still remind us of Chocolaterie Clovis. A sweet reminder. 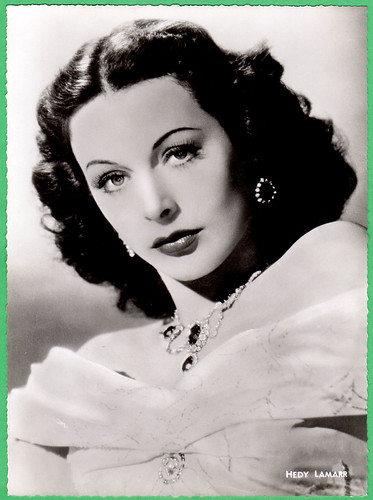 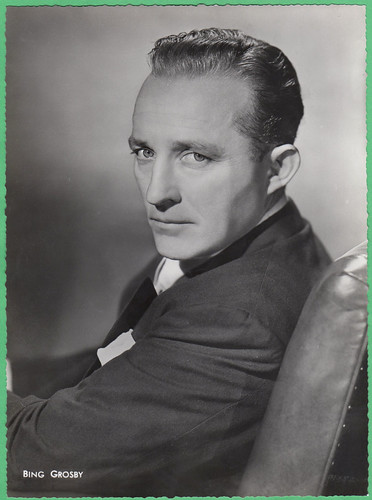 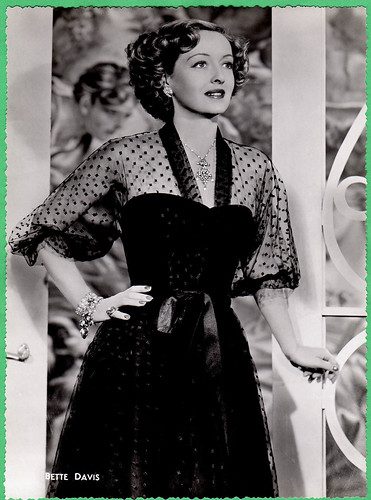 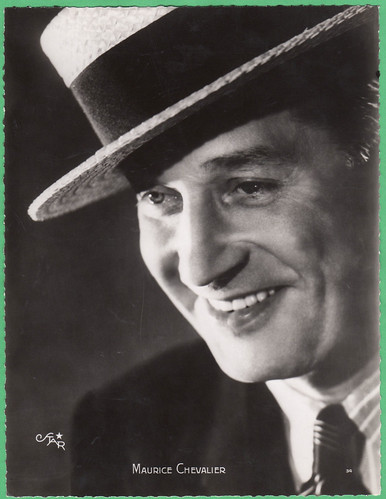 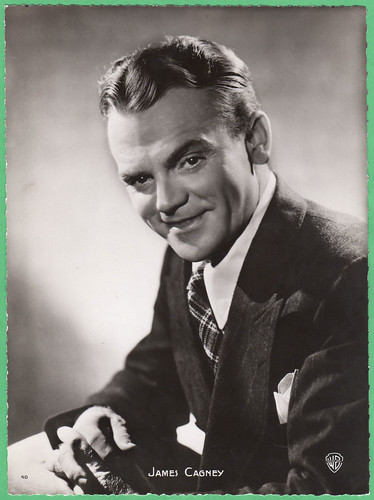 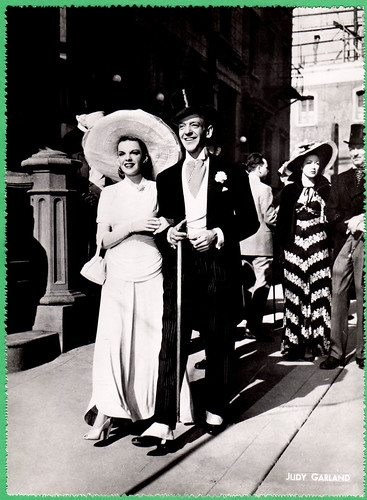 High grade and well made

The 50 Clovis photos came housed in a special album. Amit Benyovits sent me some pictures of the high grade and well made album, which you can see below.  Amit: "The card stock is very thick and of very high quality pictures and paper."

Amit: "I'm dating these in the 1940s as some stars only began their careers during that time. It is mine and Cliff Aliperti's as well as Troy Kirk's opinion that these are what we call in North America 'Premium' photos. Premium photos are those that are acquired from the company. By redemption of something you had to mail in ...in Clovis' case probably a certain number of Clovis cards plus some cash too. We are just speculating and hope that you may be able to shed some light on how these were acquired by collectors."

My guess is that the cards were not sold, but were included as gifts in the Clovis Star chocolate boxes. Customers got probably hooked and must have lost their nice figures while collecting all these beautiful star cards.

The albums could be bought in the chocolate shops. Anyway that was - and still is - one of the traditions of collecting cards in the Netherlands. Another form of collecting is buying packages of cards in tobacco shops, like the famous Panini cards of soccer players and pop stars.

Clovis also made other series of collectors cards, for example a series with cyclists. Then and now, cycling is a very popular sports in Belgium.

I like Amit's Clovis star cards very much and only had two Clovis cards in my own collection. So Amit, thank you very much for sharing this new acquisition with us! 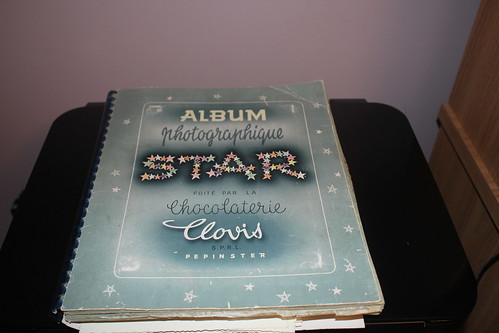 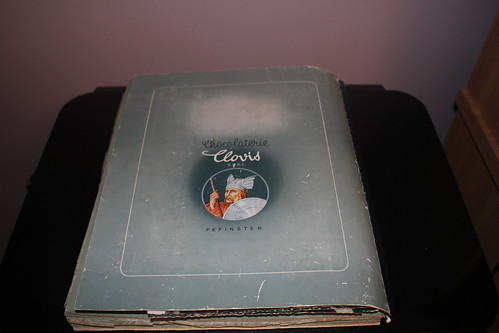 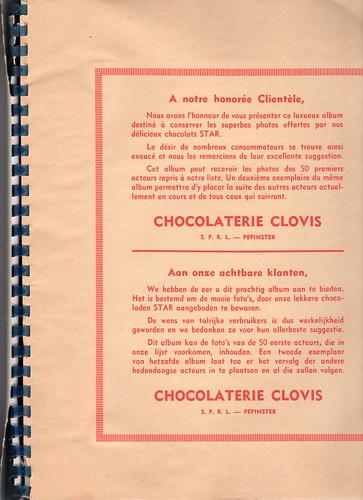 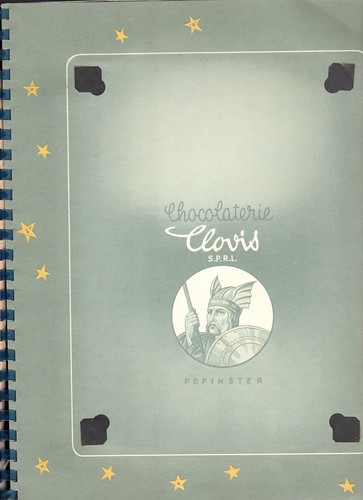 N.B. On 1 August 2018, Marlene Pilaete wrote me an informative mail as an addition to this post:

I read in the beginning of the text that they were printed in Italy by Bromofoto but later in the text, I read that the mention “Bromofoto” only appears on some cards. Personally, I think it means that the cards without the “Bromofoto” logo were printed by other companies.

It seems that most of the photos included in the album have also been produced as postcards.

Regarding the way the large photos or albums were acquired, I’m not sure that they were included in chocolate boxes or that you could find them in shops. To receive those large photos, I rather think that you had to send the chocolate factory a certain amount of Clovis chocolate wrappers or a certain amount of cut-out coupons that you could find on the wrappers. And I think that it was the same for the albums. If you click on the link below, you will find for example that you had to send 100 chocolate wrappers to receive the Clovis album of the “Fables de La Fontaine”.

Here is another interesting link:

It’s another album of forty-eight large Clovis photos. It could be interesting for Amit Benyovits to compare it with his album. It seems that they produced more than 50 photos.

You certainly know that it was not the first time that Clovis took an interest in film stars. You can also find small collectors cards published in the beginning of the 30s.

We can notice that the author of the website mistakenly labels them as French.