Le tournoi dans la cité/The Tournament (1928) was one of the last silent films of director Jean Renoir. The lavish historical film was scripted by Henry Dupuis-Mazuel. Sets were designed by Robert Mallet-Stevens, and costumes by George Barbier. The exteriors were shot in the medieval French city of Carcassonne. 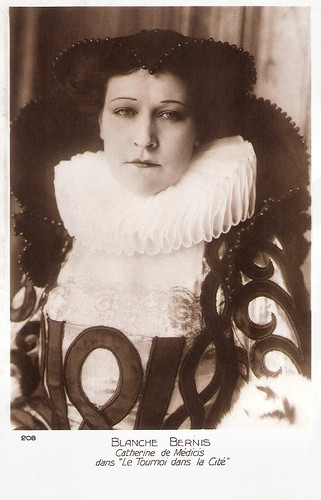 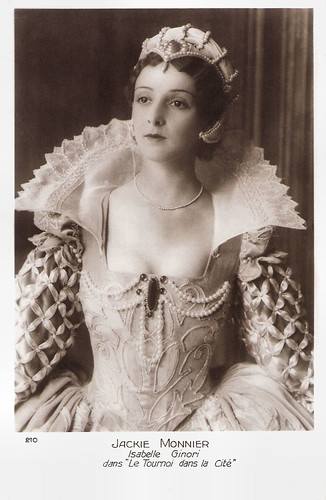 The winner of the tournament will be Isabelle's husband

Unfortunately, the cruel Protestant leader François de Baynes (Aldo Nadi) meets Isabelle and declares in lively terms that she will belong to him. Count Ginori (Manuel Raabi), the girl's relative, declines the proposal, so François kills him in a duel. For political reasons, the Queen is ready to unite Isabelle and François, but a mistress of the latter, Lucrezia Pazzi (Viviane Clarens), intervenes.

Catherine decides that the winner of the tournament will become Isabelle's husband. François surpasses his rival, but the corpse of Ginori is discovered and the culprit unmasked. Charged by the guard, François succumbs. Isabelle and Henri may finally become engaged.

Who were the actors in this little known film by Jean Renoir? Jackie Monnier would return in Renoir's final silent film, Le Bled/The Bled (Jean Renoir, 1929). She also appeared in G.W. Pabst's Westfront 1918 (1930) and some 10 other films.

The hero, Chilean actor Enrique Rivero, would become famous for his part in Jean Cocteau's Le sang d'un poète/The Blood of a poet (1930). For a time he was known as the European Rudolph Valentino. Aldo Nadi was a professional fencer, who had one of his rare film roles here. Years later, he played a bodyguard in the Humphrey Bogart classic To Have and To Have Not (Howard Hawks, 1944). 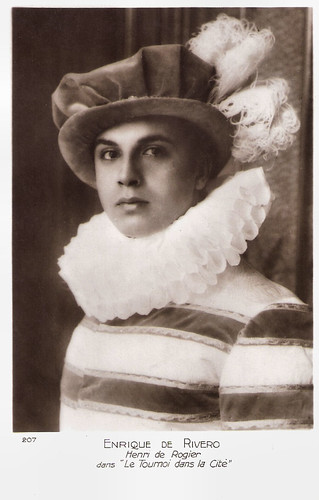 A footnote in Renoir's oeuvre


Le tournoi dans la cité/The Tournament (Jean Renoir, 1928) was commissioned by Société des Films Historiques, a historical society to commemorate 500 years of history of the medieval French city of Carcassonne, where the film was made.

According to D.B. DuMonteil at IMDb, director Jean Renoir did not take the consignment seriously: "It's the (modest) granddaddy of La Reine Margot and other costume dramas in the catholic vs protestants background. It seems that the director had a comfortable budget at his disposal, but it's far from being more than a footnote in his oeuvre."

While the first night of Le tournoi dans la cité/The Tournament (1928) took place in Brussels in December 1928, the Parisian premiere was on 9 February 1929 at the cinema Marivaux. For many years this silent Renoir was considered lost, except for an abbreviated 40-minute print that could only have provided a tantalising hint of the splendour of the original feature.

Michael Neumann at IMDb calls the restored film 'a handsome medieval romance': "Agile camera-work and painterly lighting effects lend momentum to a drama which otherwise has a tendency to become bogged down in narrative exposition and meticulous period detail, up until the stirring climactic joust."

And the anonymous author at BAMPFA adds: "Although Renoir confessed an aversion to the 'pageantry' genre, he took the opportunity to invent some bravura camera strokes (including at least one magnificently conceived tracking shot) and invested the film with an impressive realism of place (shooting the exteriors in Carcassone), historical detail, and psychology. The highlight of the film is its beautifully staged tournaments and jousts, for which Renoir employed the members of the famous riding school in Samour." 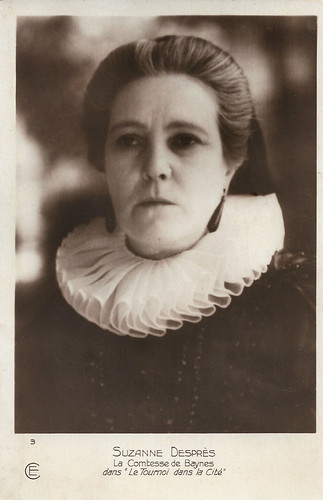 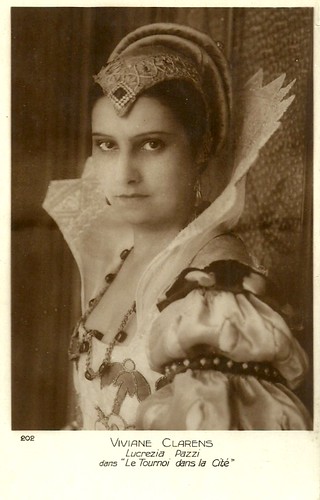