Louis Jouvet (1887-1951) was one of the most influential personalities of the 20th century theatre. He is almost forgotten now, but Jouvet used to be a living glory of the French stage. He made a huge impact as both a stage director and an actor. His character, his eagle-like profile and his unique way of speaking made him also an unforgettable film star who appeared in some of the masterpieces of the ‘poetical realism’, the Golden Age of the French cinema. 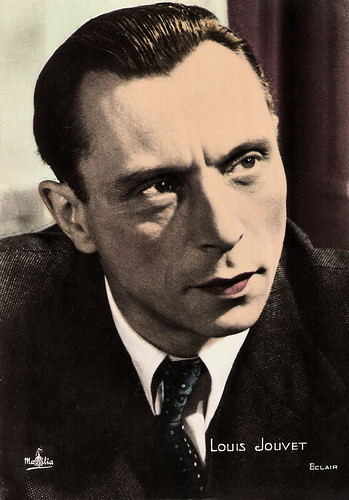 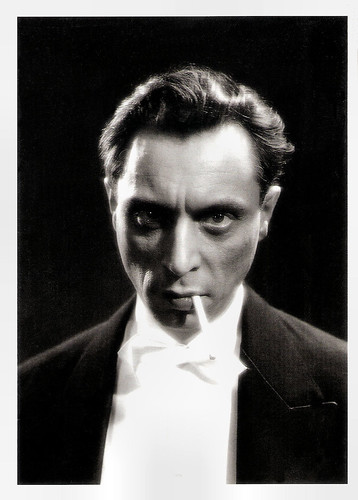 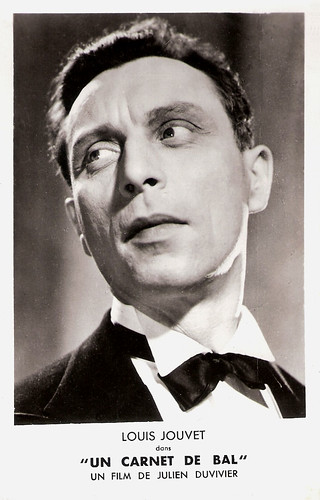 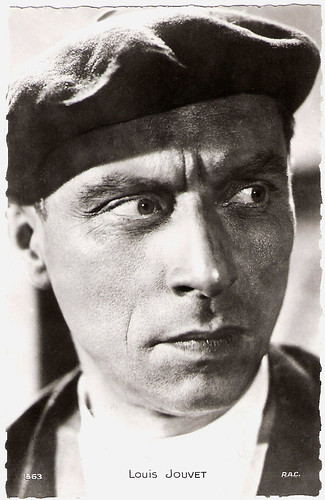 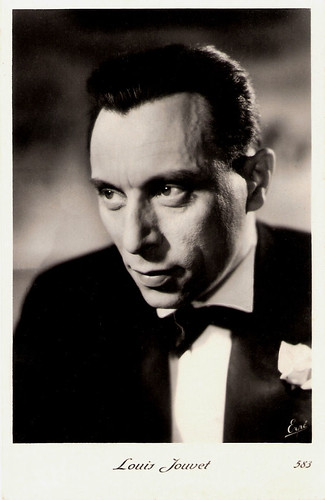 
Jules Eugène Louis Jouvet was born in Crozon, Bretagne in 1887 in a devoutly catholic family. His father, from Brive, was an engineer, his mother Eugénie was from the Ardennes. When he was two years old, young Louis was sent to live with his grandmother Marie, in Belleville-sur-Bar in Ardennes, until 1894. Louis loved and admired his grandmother, and he would always remember this period as one of the happiest in his life.

At school, Louis was a quiet, reserved child spending his time working or dreaming. His teacher tried to make him lose his diction problems: he stammered and had great difficulty pronouncing the s. Later at the Notre-Dame College, where Chanoine Morigny was leading the theatre group with passion and harsh discipline, Louis became so preoccupied with his new passion for the theatre, that he decided to make it his career.

When Louis was 14, his father was crushed under rocks while he was overseeing the digging of a tunnel. After this tragedy, Louis left with his mother and two brothers to live with an uncle in Rethel in the Ardennes. Louis's uncle was a pharmacist, and his family urged him to make this his profession. From 1904, Louis studied pharmacy in Paris, but he spent all his spare time in the theatres.

His first job was as a pharmacy assistant, but he still longed to be an actor. Louis auditioned for the Conservatoire National Superieur d'Art Dramatique de Paris but he was rejected three times. He was reproached for his bad diction and his physical appearance. Jouvet was wounded by these failures, but managed to be admitted as auditor in Leloir's class at the Conservatoire in 1908. That's where he learned to better control his diction.

In 1908 Jouvet started to work for a theatre company as an administrator, later as a set dresser, and as an assistant. He approached actor Léon Noël after a performance and enrolled in his acting class, where he remained until 1910. Léon Noël was hard on his pupil, but Jouvet loved and respected him.  In 1910 he finally made his stage debut in a production of The Brothers Karamazov. He also fell in love with a young Danish woman, Else Collin. In 1912 they married in Copenhagen and the couple would have three children, among them the later actress Lisa Jouvet.

In 1913, Jacques Copeau engaged him as a director for his Théâtre du Vieux-Colombier. This meant the turning point in his career. For a while, he was better known for his lighting design than for his acting (he even designed a new kind of lamp, named the jouvet). That year he also played a minor role in the film Shylock (Henri Desfontaines, 1913), starring Harry Baur, but his next film role would follow nearly two decades later.

From 1919 till 1921 he worked in New York, appearing with his troupe in a repertory of productions that received much acclaim. In 1922, he broke with Jacques Copeau, and started his career as a stage director. He founded his own theatre company at the Théâtre des Champs-Élysées. There, he had his first great success with Knock ou le triomphe de la médecine (1923) by Jules Romains, which he played 1500 times.

In 1928, he met author Jean Giraudoux of whom he would go on to direct several plays. In 1934 he also became a teacher of acting technique and theatrical history at the Conservatoire de Paris. From 1935 on, he managed the Théâtre de l'Athénée in the centre of Paris, where the first performances took place of Giraudoux’ La guerre de Troie n'aura pas lieu (Tiger at the Gates) (1935), and Ondine (1939). 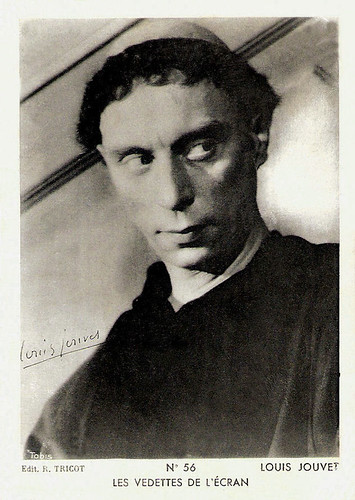 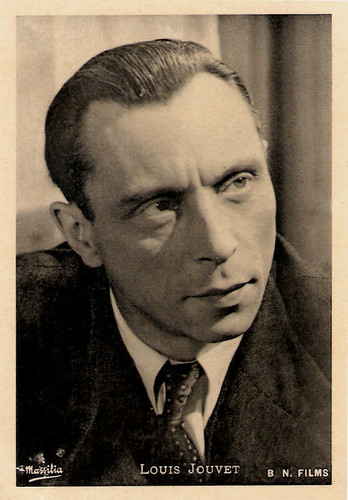 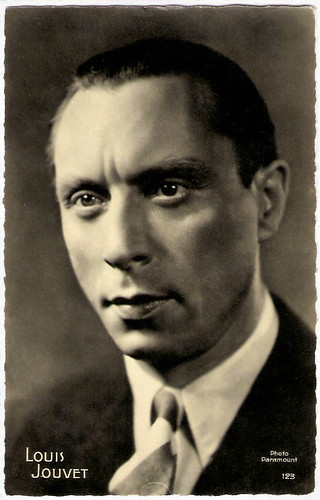 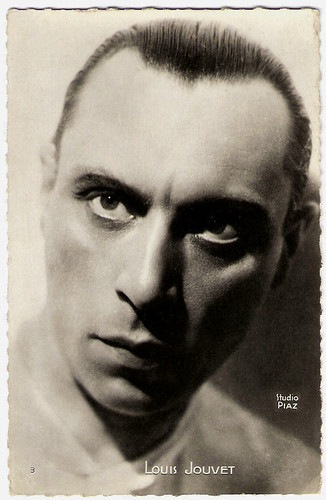 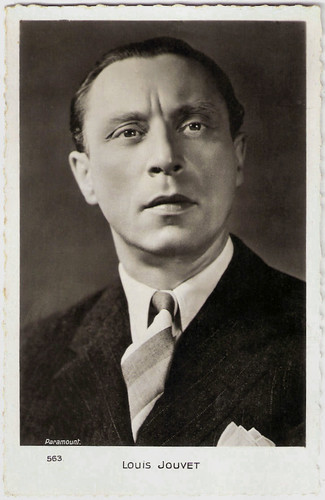 
Louis Jouvet would dedicate his life to the theatre. He is reputed to have said that he acted in films only so that he could raise the money to finance his stage work. Yet his 32 films, many of which are now undisputed classics of the French cinema, provide an enduring record of the talent of this great actor.

Jouvet made his first significant film appearance in the comedy Topaze (Louis Gasnier, 1932), an adaptation of a play written by Marcel Pagnol, whom Jouvet admired greatly. He played an earnest schoolteacher who teaches his pupils that honesty is the best policy eventually changes his mind when confronted with the corruption of the business world. The film was made at the French Paramount Pictures Studios in Saint-Maurice.

The following year, Jouvet enjoyed his first commercial film success with the adaptation of his stage hit Knock ou le triomphe de la médecine/Knock (Louis Jouvet, Roger Goupillières, 1933). In Knock, he cast a young actress in a small role, Madeleine Ozeray. They would remain together for the next ten years, both on stage and in life.

His finest performances were in some of the masterpieces of the poetic realism cinema: the black comic farce Drôle de drame/Bizarre, Bizarre (Marcel Carné, 1936) in which he played the Bishop of Bedford opposite Michel Simon, the drama Hotel du Nord (Marcel Carné, 1938) with Annabella and Arletty, and the drama La fin du jour/The End of a Day (Julien Duvivier, 1939).

Jouvet also appeared in two films by Jean Renoir. In the romantic crime drama Les bas-fonds/The Lower Depths (1936) he played a bankrupt baron who makes friends with a charismatic thief (Jean Gabin) and comes to live in the thief's slum. La Marseillaise/The Marseillaise (1938) is a news-reel like film about early part of the French Revolution, shown from the eyes of individual people, including Jouvet as a district attorney.

In 1941, having experienced serious problems with the censorship of the German occupier, he took his repertory company for a tour of South America. Only after the war, Jouvet returned to France. Again as the director of the théâtre de l’Athénée, he created with Giraudoux La Folle de Chaillot (The Madwoman of Chaillot) (1945). He also helped the new theatre figures like André Barsacq, Jean-Louis Barrault and Jean Vilar.

His comeback film after the war was the drama Un revenant/A Revenant (Christian-Jaque, 1946) in which he played a ballet producer, who returns to his native town and schemes to avenge himself on the family who tried to murder him 20 years before. Next he made the crime comedy Copie conforme/Confessions of a Rogue (Jean Dréville, 1946) with Suzy Delair.

Then followed the atmospheric thriller Quai des Orfèvres/Quay of the Goldsmiths (Henri-Georges Clouzot, 1947) again with Suzy Delair. Jouvet had become good friends with director Clouzot before World War II. Jouvet accepted the part of Inspector Antoine on the condition that a flexible shooting schedule would be allowed and that Clouzot would cast some of Jouvet's troupe members in the film, including Charles Dullin as Brignon, the murder victim. In 1947, Quai des Orfèvres was the fourth most popular film in France, drawing 5.5 million spectators.

At the age of 63, Louis Jouvet died of a heart attack in 1951 in Paris. He was buried in the Montmartre Cemetery. Jouvet was married  to Else Collin. The Athénée theatre now includes his name as an homage: Athénée Théâtre Louis-Jouvet. 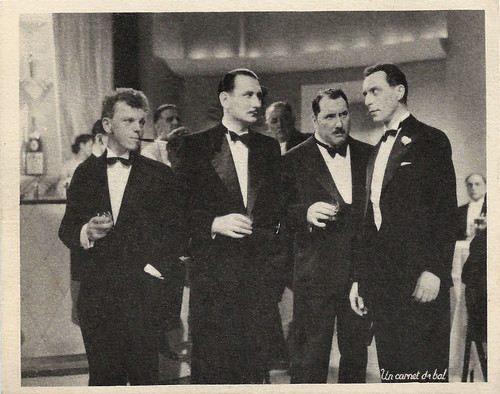 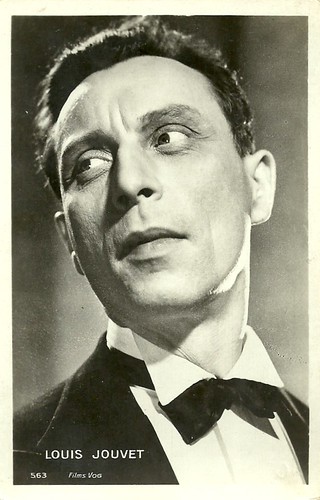 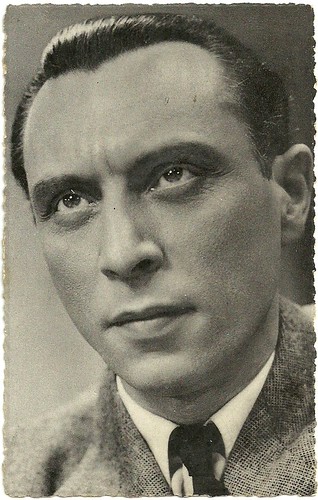