German actor and he-man Sascha Hehn (1954) participated in many feature films including a dozen sexploitation films. He is best known for two long-running TV shows, but he also acted on stage and dubbed international films. His is the German voice of Shrek in the famous animation films. 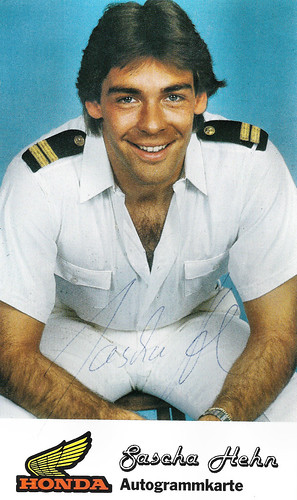 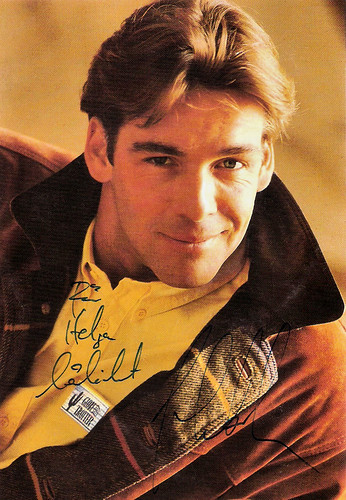 Alexander Josef Alberto ‘Sascha’ Hehn was born in 1954 in Munich. He is one of the four sons of film actor Albert Hehn from his fourth marriage to Gardy Artinger, a former beauty-queen and assistant director.

After the divorce of his parents, he lived with his mother in the Munich suburb of Grünwald. At the age of five he made his film debut in the Heimatfilm Hubertusjagd/Hubertus Castle (Hermann Kugelstadt, 1959) starring Wolf Albach-Retty and Angelika Meissner in her final role.

More film roles for Hehn followed soon. He had parts in the melodrama Ein Student ging vorbei/A student passed by (Werner Klingler, 1960) with Luise Ullrich, and the Schlager and Heimat film Drei weiße Birken/Three White Birches (Hans Albin, 1961), starring Erika Remberg. As a pupil, he was so busy with his acting career that he left school before he reached the middle school.

During the 1960s he could be seen in many TV films, such as Der doppelte Nikolaus/The Double Nicholas (Rainer Erler, 1964), and the TV series Alarm in den Bergen/Alarm in the mountains (1965) with Armin Dahlen.

In 1971, Hehn returned to the cinema in the softsex film Schülerreport/Fresh, Young and Sexy (Eberhard Schröder, 1971), based on the schedule of the Schulmädchen-Report genre which was very successful in the early 1970s.

To avoid military service, Hehn falsely announced his first residence in West Berlin and later he had to serve a five-week prison sentence. In 1982 he was a soldier for several months with the mountain hunters in Landsberg am Lech. 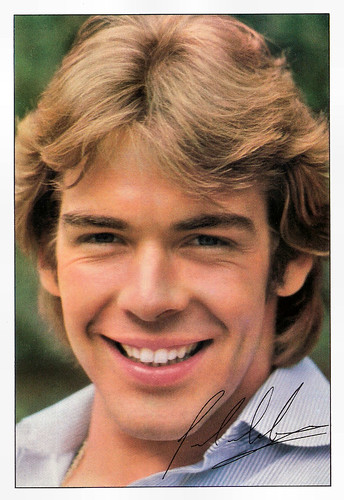 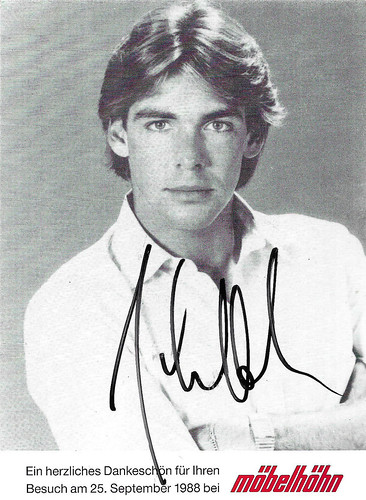 In 1976 he played Pete Jarrett, a young man following his grandfather (Andrew Kier) throughout ‘down under’ in the 13-part Australian-German TV series The Outsiders. Later, he had another role in an international production as Baron Gottfried von Cramm opposite Farrah Fawcett in Poor Little Rich Girl – The Barbara Hutton Story (Charles Jarrott, 1987).

Hehn also played theatre. In 1972, he went on tour with O.W. Fischer in the comedy The Glass of Water by Eugène Scribe. In 1980 he made his debut at the Salzburg Festival as Orlando in William Shakespeare's As you like it, as a partner of Barbara Sukowa. In an interview with the Süddeutsche Zeitung, he explained why he broke off his promising stage career: "Intendant Ernst Haeusserman wanted to get me to the Theater in der Josefstadt in Vienna, but I said: No, Professor, that's not my way. I want to earn money in commerce. That's the only excuse I'm allowing, he said."

Sascha Hehn lives with his girlfriend in Mittergars, a small village in Bavaria. 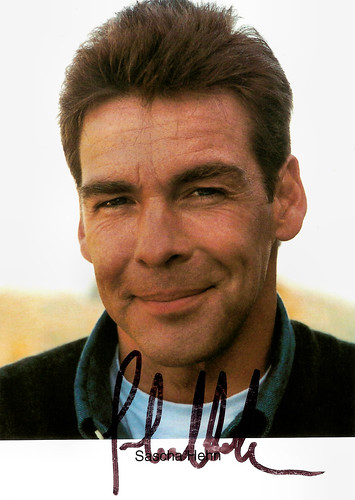 
Who the f--k is Sascha Hehn? Source: Der Batz (YouTube). Sorry, no subtitles.