French actress Miou-Miou (1950) is a 10-time César Award nominee and was one of the leading ladies of the French cinema during the 1970s, 1980s and 1990s. In her long career she has worked with such international directors as Michel Gondry, Bertrand Blier, Jacques Deray, Joseph Losey and Louis Malle. Her films include Les Valseuses/Going Places (1974), Coup de foudre/Entre Nous (1983), Milou en mai/May Fools (1990), Germinal (1993), and Le huitième jour/The Eighth Day (1996). She won the César Award for Best Actress for La dérobade/Memoirs of a French Whore (1979). 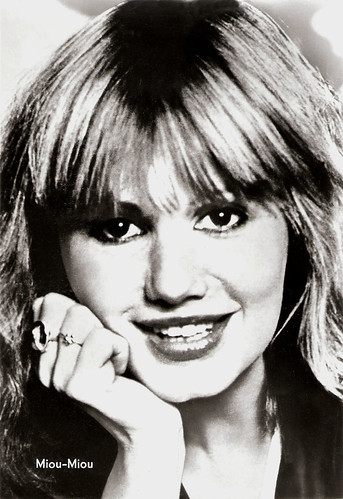 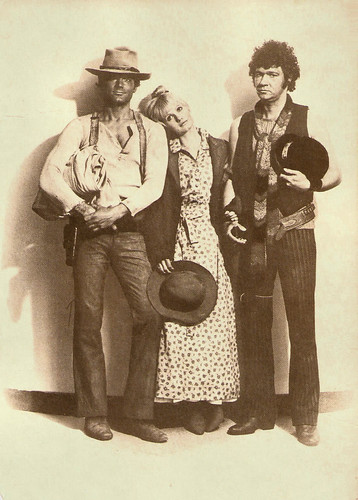 
Miou-Miou was born Sylvette Herry in Paris in 1950. Her father was a gendarme, her mother a green-grocer.

While selling strawberries helping out at her mother's fruit and vegetable stand at the Les Halles street market, Sylvette was spotted by actor-director Romain Bouteille. He invited her to work at Cafe de la Gare, a little cafe-theatre in Montparnasse which would be the launching pad for numerous French actors including Gérard Depardieu, Patrick Dewaere and Coluche.

There she began as a cleaning lady, then became a dresser, then an actress. Her stage name, Miou-Miou (a reference to a cat’s meow), was given to her by Coluche, her companion at the very beginning of the Café de la Gare in 1969.

Her big break came with Bertrand Blier's Les Valseuses/Going Places (1974) opposite Gérard Depardieu and Patrick Dewaere. With its casual and rather raw approach, the film provoked controversy but was also a smash hit. Joan Dupont in The New York Times: “Les Valseuses sported a vast range of indecencies — nudity, obscene language, gestures and misogynous insults. It was a passionate adventure, flaunting bourgeois values and taking a poke at the new feminism. Depardieu and Dewaere were at their high-strung, sexy-brat best, with free spirited Miou-Miou as a girl careening in all directions, seeking elusive pleasure.”

After her role in Les valseuses, Miou-Miou began getting leading roles in comedy and drama. She co-starred again with Dewaere in F comme Fairbanks/F Like Fairbanks (Maurice Dugowson, 1976), but the filming was hard and hectic because she had just left Dewaere. The plot resembled the history of their relationship: the persistent and cheerful heroine is in love with a depression-prone neurasthenic, trying to awaken in him the hope and love of life.

But she also appeared in several comedies such as Un genio, due compari, un pollo/A Genius, Two Friends, and an Idiot (Damiano Damiani, 1976). Sergio Leone directed the opening scene of this comic Spaghetti Western, which starred Terrence Hill as a genius conman. In Italy, she also made the drama Marcia trionfale/Victory March (Marco Bellocchio, 1976) with Franco Nero and Michele Placido, and the satirical comedy-drama L'ingorgo - Una storia impossibile/Traffic Jam (Luigi Comencini, 1979).

In the French drama La dérobade/Memoirs of a French Whore (Daniel Duval, 1979), Miou-Miou portrayed a young prostitute. She received her sole César Award for that role. The following year, she had a box office hit with the Policier La Femme flic/The Woman Cop (Yves Boisset, 1980) in which she portrayed a female police inspector, one of the first in the French cinema. 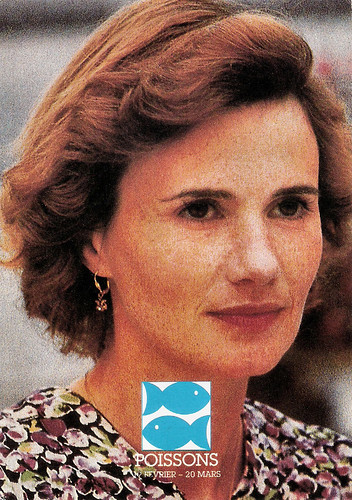 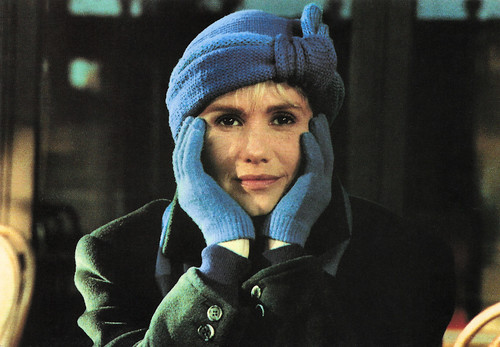 Reading sensual literature for a living


After her relationship with Patrick Dewaere, Miou-Miou became the partner of singer Julien Clerc. With both men, she had a daughter, writer Angele Herry-Leclerc (1974) with Dewaere, and actress-director Jeanne Herry (1978) with Clerc. Since 1998, she lives with the novelist Jean Teulé.

Through the 1980s Miou-Miou was seen in such films as La gueule du loup/The wolves (Michel Léviant, 1981), Coup de foudre/Entre nous (Diane Kurys, 1983) with Isabelle Huppert, and Blanche et Marie/Blanche and Marie (Jacques Renard, 1984) with Sandrine Bonnaire. She played opposite Lee Marvin in one of his last roles in Canicule/Dog Day (Yves Boisset, 1984).

The 1990s saw her first as the daughter of Michel Piccoli in Louis Malle's Milou en mai/May Fools (1990). The film portrays the impact of the French revolutionary fervour of May 1968 on a French village. She appeared opposite Gérard Depardieu in a new, epic production of Émile Zola's Germinal (Claude Berri, 1993).

Her other films at the time include in the thriller Netchaïev est de retour/Netchaïev is back (Jacques Deray, 1991), the comedy Un indien dans la ville/An Indian in the city (Hervé Palud, 1994), and the Belgian comedy-drama Le huitième jour/The Eighth Day (Jaco Van Dormael, 1996) with Daniel Auteuil. Miou-Miou received another César nomination for her role in the French-Spanish drama Nettoyage à sec/Dry Cleaning (Anne Fontaine, 1997).

By now in her fifties, her film roles had abated, as she also began to appear in theatre. Her later film roles include a woman who has lost her husband to a young blonde in L'après-midi de monsieur Andesmas (Michelle Porte, 2004), adapted from a Marguerite Duras novel, and an asylum inmate, set free during the 1939 Paris exodus before the Second World War in Folle Embellie (Dominique Cabréra, 2004). She also appeared with Gael García Bernal and Charlotte Gainsbourg in the surrealistic science fantasy comedy La Science des rêves/The Science of Sleep (2006) written and directed by Michel Gondry.

Among her more recent films are the Mystery Le Grand alibi/The Great Alibi (Pascal Bonitzer, 2008) based on a crime novel by Agatha Christie, and the thriller Arrêtez-moi/Stop Me (Jean-Paul Lilienfeld, 2013). In the latter, she played a woman who shows up at a police station and confesses to the murder of her abusive husband several years earlier. The female police officer (Sophie Marceau) who interviews her cannot understand why this woman who was never a suspect has come forward after all this time.

Miou-Miou continues to appear in films. Recently, she was directed by her daughter Jeanne Herry in La Pupille (2018). At IMDb, Steve Shelokhonov writes: “Miou-Miou has been an unusual personality in the French cinema. She once refused to take the Cesar Award for Best Actress, which she won for the title role in La dérobade (1979). She explained that refusal citing her belief that artists should not compete against each other. Her career was hardly affected by such a gesture.” 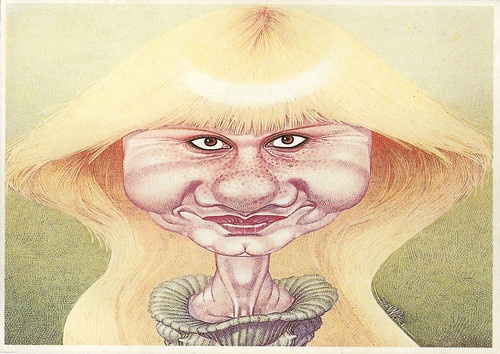