Paola Borboni (1900-1995) was one of the greatest Italian stage actresses of the 20th Century. From 1918 on, she played in over 80 films. She was also often heard on the radio and seen on television, but her true passion was the stage. 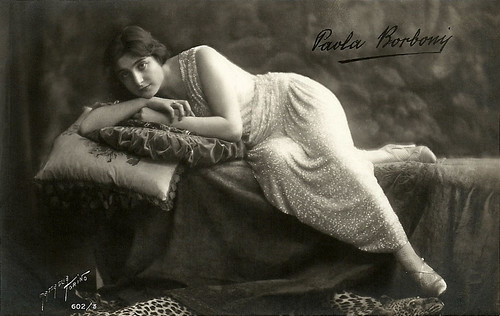 Ever Seen A Mermaid Wearing A Coat?


Paola Borboni was born near Parma on New Year's Day 1900, as daughter of a lyrical impresario.

Paola started to act on stage at age 16. Two years later, she was already 'prima attrice' next to Romano Calò and later to Irma Gramatica.

She excelled in particular in the lighter genre, helped by her beauty and her uninhibited behaviour. When playing a mermaid in 1925, she showed her breasts, creating a scandal, but reacting: 'Ever seen a mermaid wearing a coat?'

With the years her roles became more mature and complex. In the 1930s and 1940s, she played for two seasons with Ruggero Ruggeri and in 1934 she also founded her own company. She'd play anything, from Gabriele D'Annunzio to George Bernard Shaw, but Luigi Pirandello was her favourite.

From 1918 on, Paola Borboni also played in films, starting with the silent film Jacopo Ortis/Jacob Ortis (Giuseppe Sterni, 1918), a Milano Film production based on a novel by Ugo Foscolo.

After that, she exclusively focused on the stage, until the mid-1930s, when she returned with the female lead in Gennaro Righelli's sound film Lo smemorato/The Forgetful (1936), costarring Angelo Musco.

Between 1936 and 1956 her career was at its peak. She had a steady and continuous output of film performances, mainly in supporting roles as in the Tito Schipa vehicle Vivere/To Live (Guido Brignone, 1937). 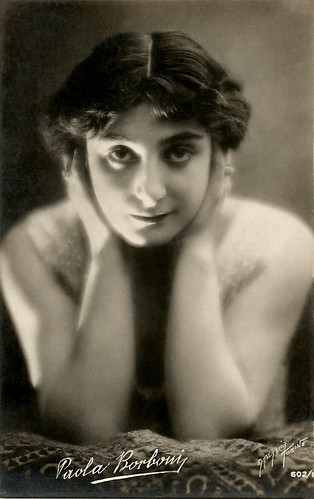 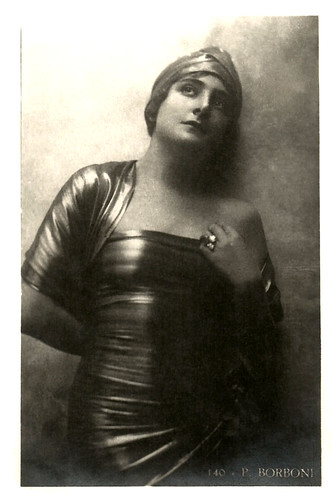 A Husband 40 Years Younger Than She Was


In the postwar era, Paola Borboni played twice on stage under direction of Luchino Visconti: in Vittorio Alfieri's Oreste (1949), and in Arthur Miller's Il Crogiuolo (The Crucible) (1955).

In the 1950s and 1960s, she became famous for her monologues on stage. In these years she was also well-known for her open air theatre performances all over the country.

From 1942 to 1946 Paola Borboni had a relationship with the Sicilian actor Salvo Randone. In 1972 the 72-years old Borboni married poet and actor Bruno Vilar, who was 40 years younger than she was. In 1978 they had a terrible car accident, which killed Vilar and crippled Borboni.

While staying in a home in Varese, Paola Borboni died in 1995 because of a stroke and was buried in the family tomb in Parma. She was 95. All in all, she had played in 86 films in nine decades of cinema. 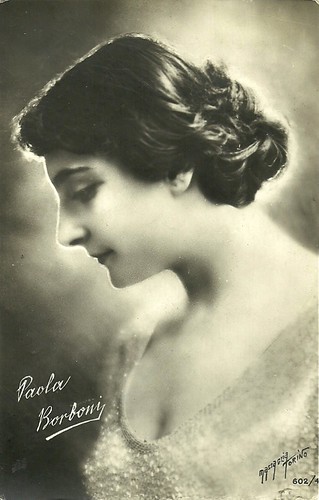 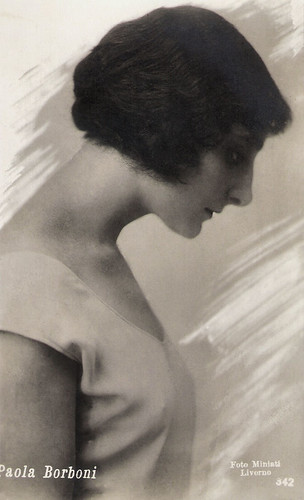 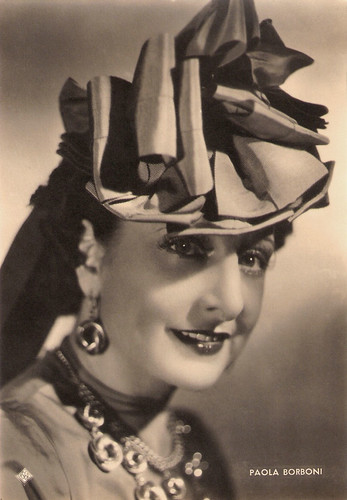