Mike Bongiorno (1924-2009) was an Italo-American journalist and television host. For the history of Italian television he has been an institution as Italy’s famous quiz master between the 1950s to the 1980s. Il Re del Quiz (The Quiz King) played himself in various films too. 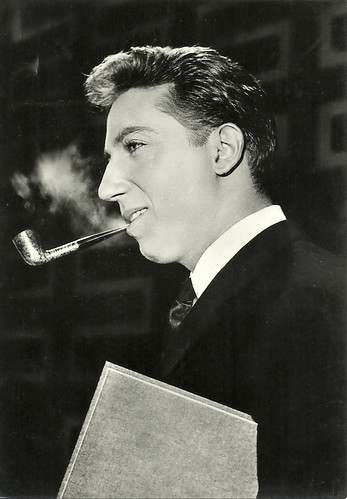 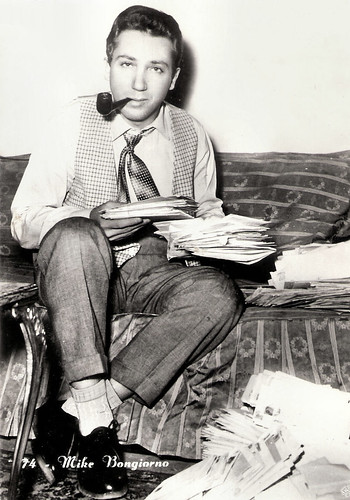 Italian postcard by Turismofoto, no. 74.

Go-Between for the Italian partisans and the Allies


Michael Nicholas Salvatore Bongiorno was born 26 May 1924 in New York. He was of Italo-American descent, his paternal grandfather being a merchant who emigrated from Mezzojuso in Sicily.

While he was a child his parents divorced and his mother took him to her hometown Turin, where he visited college. All his life he remained a fan of Juventus, Turin’s soccer club.

During the Second World War he was not mobilised thanks to his American nationality. He dropped his studies and joined the Italian resistance as a go-between for the Italian partisans and the Allies in Switzerland. He was captured and escaped execution because of his American passport.

For six months he was held at the San Vittore prison of Milan, and was then deported to a German concentration camp. Early 1945 he was liberated even before the war had ended, thanks to an exchange between war prisoners.

He returned to New York and in 1946 he started to work at the radio headquarters of Il progresso italo-americano (The Italian-American progress) newspaper.

Bongiorno established himself in Italy in 1952. There he became the most popular television host form the earliest days of the medium on. He worked for the national public broadcasting company RAI, and started with the programme Arrivi e partenze (1953, Arrivals and Departures).

In the same year Bongiorno re-enacted himself in the comedy Il motive in maschera/Reason masked (Stefano Canzio, 1955), based on Bongiorno’s popular homonymous radio show in which the contestants had to recognise a popular tune disguised as a classical one.

Next followed a lead in Guido Malatesta’s comedy I milliardari/The billionaires (1956), and a part in the film Il prezzo della gloria/The price of glory (Antonio Musu, 1956), starring Gabriele Ferzetti, and shot in the province of Puglia, in South-East Italy. Bongiorno acted in a scene shot at Taranto, where his character has car trouble.

In the 1950s Bongiorno also appeared in several Fotoromanzi, the typical Italian photo novel in which the characters are often portrayed by well-known actors. 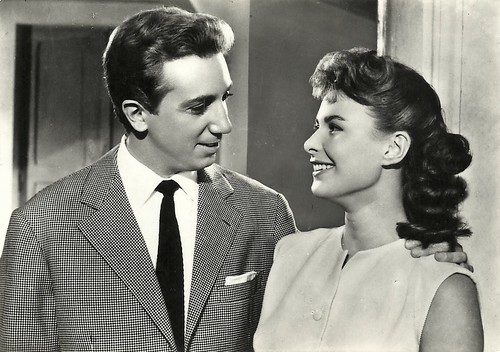 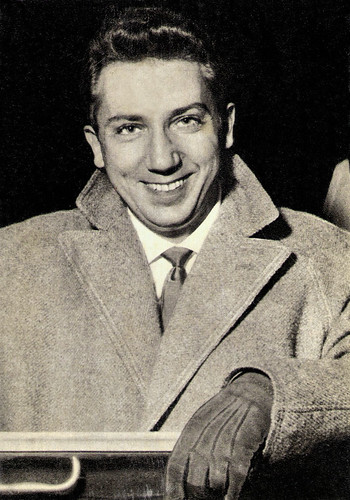 
From 1955 to 1959 Mike Bongiorno ran the first Italian television quiz Lascia o raddoppia?, based on the French Quitte ou double?, which again was based on the American quiz The $64,000 Question.

This also affected Bongiorno’s film acting, who from the 1950s on was seen as a quiz master, like in Totò lascia o raddoppia?/Totò, double or nothing? (Camillo Mastrocinque, 1958) with Totò, and Giudizio universale (Vittorio De Sica, 1961) with Vittorio Gassman, Fernandel and Alberto Sordi.

In the classic C'eravamo tanto amati/We All Loved Each Other So Much (Ettore Scola, 1978) one of the three idealistic friends, played by Stefano Satta Flores, is a candidate in Bongiorno's quiz Lascia o raddoppia.

After Lascia o raddoppia followed the quizzes Campanile sera (1959-1962, Bell Tower Evening), La fiera dei sogni (1962–1965, Dream Fair) and Rischiatutto (1970-1974, Jeopardy!). With 20 to 30 million watchers every Thursday night, Rischiatutto had the highest audience in the history of Italian TV. From 1963 on Bongiorno also presented the Festival of San Remo for over a decade. 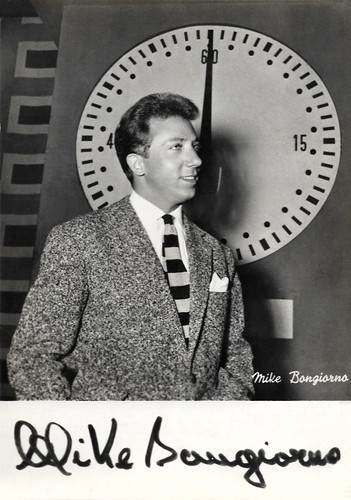 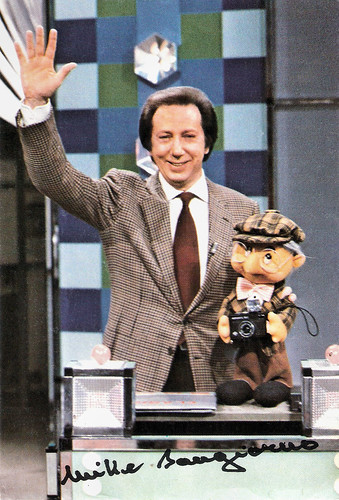 
In 1979, Mike Bongiorno presented his first show for commercial television: I sogni nel cassetto (The dreams in the drawer), produced by Telemilano, which later became Canale 5. His last RAI quiz show was Flash (1980-1982), after which he completely moved over to Mediaset, the television group of Silvio Berlusconi.

Mike Bongiorno was rewarded with a doctorate honoris causa at the university IULM of Milan in August 2007. For decades, Bongiorno, who always opened his programmes with his famous "Allegria!" (Cheers!), was known everywhere. Also known were his problems with finding the right quiz papers, his endearing old-fashioned Italian, but also his rages against technicians and candidates during his shows, even in live recordings.

His mistakes were proverbial, in particular during La ruota della fortuna. During one quiz he asked who was this Mr. Paolovi? Meant was Paolo VI (pope Paul VI). Imitation and parody resulted in maliciously changing his "Allegria!" in "Allergia!" (allergy). Bongiorno was nicknamed 'SuperMike' and 'Telemike'. Even if he lived in Italy for most of his life, he kept his American nationality until he turned 79.

Mike Bongiorno died of a heart attack in 2009 in Monte Carlo, Monaco. He was married was three times and with Daniela Zuccoli, he had 3 children. Their son Michele Bongiorno (1973) is a television producer, and their second son Nicolò Bongiorno (1976) is a director of documentaries.

Merry Christmas. I wonder if there are any quiz shows on TV today (Saturday).

Good to see you at PFF. Merry Christmas.