Today is the final day of Le Giornate del Cinema Muto, the world’s leading international silent-film festival in Pordenone. We wave the festival goodbye with a post on the closing event in Teatro Verdi, a screening of the masterpiece Le joueur d'échecs/The Chess Player (Raymond Bernard, 1927). A French silent film on the historical automaton The Turk, which turned out to be one of the most successful hoaxes ever pulled off. The film score by Henri Rabaud will be performed live by the Orchestra San Marco of Pordenone and the conductor will be Mark Fitz-Gerald. 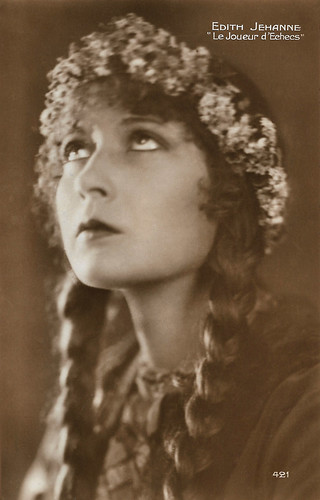 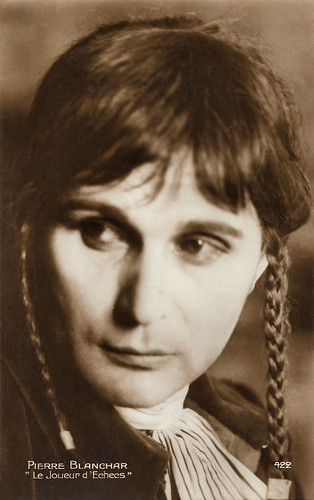 A chess-playing machine known as The Turk


Le joueur d'échecs/The Chess Player (Raymond Bernard, 1927) is based on a novel by Henry Dupuy-Mazuel. It is a historical drama set in the late 18th century during the Russian domination of Polish Lithuania, and elements of the plot are drawn from the story of the chess-playing automaton known as The Turk.

In 1776, a young Polish patriot, Boleslas Vorowski (Pierre Blanchar), is wounded in an abortive uprising against the Russian forces in Vilnius. A reward for his capture is offered but he is sheltered by Baron von Kempelen (Charles Dullin). Von Kempelen is an inventor of lifelike automata, who plans to smuggle Vorowski, a skilful chess-player, to Germany concealed inside The Turk. Vorowski finds his true self, not on the battlefield, but in the wholly unreal world of chess.

Baron von Kempelen, is based on a real-life inventor who stunned the courts of Europe with his life-size mechanical dolls. Wolfgang von Kempelen (1734-1804) was a Hungarian-born engineer who became known for many inventions, most famously his chess-playing machine, The Turk, which he created in 1769 to entertain the Empress Maria Theresa.

Major Nicolaïeff (Camille Bert), a Russian rival of Vorowski, challenges The Turk to a game and is defeated, but he realises that the machine is being secretly operated by Vorowski. He arranges for The Turk to be sent to Moscow to entertain the Russian Empress Catherine II (Marcelle Charles-Dullin). When The Turk refuses to allow Catherine to cheat, the Empress orders that the automaton is to be executed by firing squad at dawn. During a masked ball, von Kempelen replaces Vorowski inside The Turk, to enable him to escape with his lover Sophie Novinska (Édith Jéhanne). Nicolaïeff, who has been sent to search von Kempelen's house, is slain by the inventor's sabre-wielding automata.

It is estimated that the historical Turk defeated 98% of its opponents, who included such luminaries as Napoleon and Benjamin Franklin during Kempelen's lifetime. After the Baron's death, a successor continued to exhibit the Turk, who faced off against Edgar Allan Poe and Charles Babbage, the man who attempted to create the first computer, the 'difference engine', partly inspired by his encounter with Kempelen's marvellous automaton. The Turk remained a popular phenomenon for 85 years, until its owner deliberately revealed how the trick was done and mothballed the gadget. 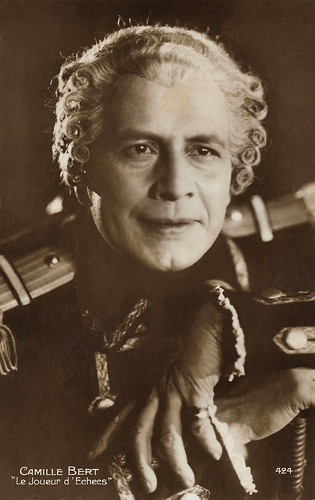 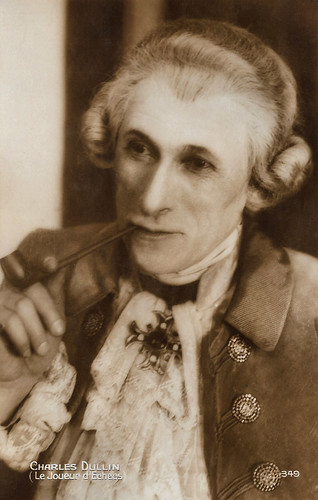 
Le joueur d'échecs/The Chess Player (1927) was the second film which Raymond Bernard made for the Société des Films Historiques, although on this occasion its subject matter of the Polish struggle for independence from Russia did not correspond with the company's avowed devotion to French history. Some scenes were filmed on location in Poland with the assistance of the Polish army.

For many of the other spectacular locations, 35 sets were created at the studios in Joinville by Robert Mallet-Stevens and Jean Perrier; the most spectacular was the facade and courtyard of the Winter Palace, which covered some 5000 square metres of land beside the studio.

Additional special effects were provided by the British film designer W. Percy Day. Filming began on 15 March 1926 and was completed on 31 October, leaving Bernard only two months for its post-production before the premiere in January 1927. An orchestral score was written for the film by Henri Rabaud.

The gala premiere at the Marivaux cinema in Paris was a huge success and the film went on to have a first run of three months at that cinema before its general release in the summer of 1927. Audiences were particularly impressed by the spectacular cavalry charge imagined by Sophie as she sings the Polish hymn of independence. This daydream sequence is daringly intercut with the actual battle - a fiasco whose leaders are killed and maimed, bringing no glory to either Russian imperialists or Polish rebels.

The press reception in France was generally enthusiastic. The film was released in the UK in early 1928, and in the USA in 1930, where however the reviewer for The New York Times was unimpressed. David Melville at IMDb: "Comparable to Abel Gance's Napoleon in its scale and stylistic bravura, this romantic epic (...) differs from the more famous film in its lack of nationalist fervour and Tricolour bombast. Its one 'rousing battle scene' is a pure fantasy, a daydream of its naive heroine as she thumps out a patriotic hymn on her piano. (...) director Raymond Bernard conjures up an eerily perverse atmosphere of ETA Hoffman-style Gothic Expressionism."

A restoration of the film was undertaken in the 1980s, led by Kevin Brownlow and David Gill. In the absence of any definitive negative or print, it required the collaboration of several European film archives from which material in several variant copies was collated; sources in an East German archive and the Cinémathèque Municipale in Luxembourg provided the most complete material. The finished tinted print received its first screenings in London in 1990, with Rabaud's score conducted by Carl Davis.